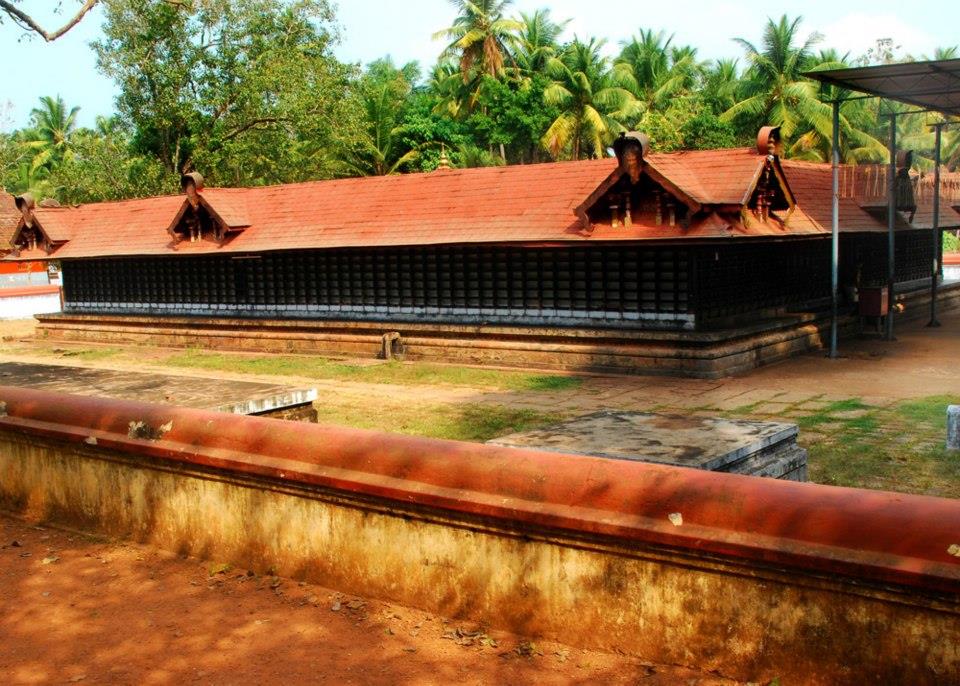 Located in Kozhikode, Lokanarkavu Temple is one of the well – known tourist destinations of Kerala region. It is an official family temple of 500 Aryan Nagariks who had migrated to Kerala with their successors. It is in Memunda which is 4 km away from Vatakara, Kozhikode. Lokanarkavu is the short form of Lokamalayarkavu in which lokam means world made of, Mala means mountain, aaru means river and kavu means grove. This temple is dedicated to goddess Durga and has immense significance in history. Pooram is the important festival here which is conducted with great pomp and show.

This holy shrine is a must – see tourist destination of this region. This is the only temple where the folk dance called Poorakali is presented during festivals. Two annual festivals are celebrated here during November – December and during March – April. These two festivals are Pooram and Lokanarkavu Utsavam. The second one i.e. Lokanarkavu Utsavam lasts for 41 days and is held during November – December. This festival is locally known as Mandalavilakku or Mandala Utsavam.

The nearest railway station is Vatakara junction which is just 4 KM away from this temple. This railway station is managed by Southern railways. If one prefers roadways, then frequent buses are available from the Kozhikode and Vatakar to Memunda. Also, Calicut airport is the nearest one to reach this temple. This airport is around 87 KM away from this place. Self Drive cars are now easily available so you can rent a car in Calicut for exploring the city and nearby attractions on your own.

Here, one can enjoy the annual festivals of Pooram and Lokanarkavu Utsavam, relax in the peaceful and tranquil environment of the temple and explore the nearby tourist destinations as well.

Lokanarkavu Temple remains open from 5:30 am to 11:00 am and 5:00 pm to 8:00 pm every day. Also, this temple can be visited throughout the year but the best time to visit this place is November – December and March – April.