Planning for a trip to Telengana? The newly established state has a number of water reservoirs, historical places, forts,monuments, forests, water falls and temples that attract tourists from all corners.

Telangana, the newly formed 29th state of India was formed on June 2, 2014. The state has a treasure trove of tourist destinations that has been recognized across the world. Being one of the largest states in South India, Telangana is famous for its cosmopolitan and pluralistic society. The capital city of this state is Hyderabad, which itself has a number of tourist attractions. The Famous Falaknama Palace, The Golcondaa Fort, The Salar Jung Museum, Hussain Sagar lake are a few of them. The districts of Telengana are proud with world famous tourist attractions like Nagarjun Sagar Dam, Nallamalla Forest, Warangal Thousand Pillar Temple, Rivers in Bhadrachalam, Anantagiri Hills. The Sivaram Wildlife Sanctuary in Karimnagar is a home for crocodiles and a proud collection of rich flora and fauna. The Ramoji Film City in Hyderabad has a positive contribution in the Indian Film Industry and it does attract tourists through the year.

Telengana is hot during summer and it is a dry and rocky area which suffers from water shortage during the summer. So if you are planning to spend your summer holidays, it would not be a good idea. But even if you are planning in winter or after monsoon, make sure you arrange for your drinking water and some emergency food items. The state is well connected with National Highways but at times you might not get an eatery at every short distance. The food in Telengana is basically hot and spicy. So unless you are ready to experiment with the local spices, it is better to make a prior arrangement for the meals before you start off for your destinations.

elangana is a well connected state which can be reached by Air, Railways and Roadways. Hyderabad being the capital of the state.

By Air: The city of Hyderabad has one of the most beautiful and stunning airport named Rajiv Gandhi International Airport and also the earlier Begumpet Airport which is connected with the cities abroad as well as the cities of the Homeland.

By Train: There are a couple of Railway stations in Hyderabad, the primary being the Secunderabad Junction and the Nampally station. Apart from these there are railway stations for each of the districts of Telengana most of which can be reached directly by the train.

By Road: Telangana is also a state with high end National Highways criss crossing the state with the other states. Its a pleasure to drive through these highways which really gives the thrill of an exciting trip through the beautiful terrain of the state.

The state of Telangana is a place full of activities, be it a long drive through the beautiful highways, an adventure hiking through the nature trails, relaxing in the lake resorts, enjoy fun rides in the Amusement parks and Water Parks with families and friends, partying out in the glamorous corners of the city of Hyderabad. You can also join water sports in the Roaing Clubs, take a boat ride in the massive lakes and rivers of the city, spend a day watching birds and the deers in the deer parks or watch cultural programs in the popular theatres. There is also plenty of world class shopping malls and multiplexes through the state and specially in Hyderabad where shopping, eating out or watching movies would be real fun.
Buy exclusive artifacts from the special complex named Shilparamam, made by the cottage industries at a reasonable price.

Being very specific, Telangana is mostly an inviting state through the year except the couple of months in the summer. While January to March is the most ideal time for visiting the state as the climate would be neither too cold nor too hot to travel extensively through the destinations, a trip from July to September would be even more apt to reach the water bodies as they would be in their full volume. A visit in the October to December would be enchanting as flowers and greenery would reveal the true natural beauty of the state and even festivals would add up to the travel spree.

The state of Telanagana was formed recently a couple of years back, specifically on 2nd June 2014. Historically the region was known as Telugu Angana in order to differentiate the people from those who spoke Marathi. Formerly it was a part of Andhra Pradesh but now few districts namely, Hyderabad
Warangal, Karimnagar, Khammam, Medak, Nalgonda, Nizamabad, Adilabad, Mahabubnagar and Rangareddy united claiming a different state with their capital being Hyderabad. 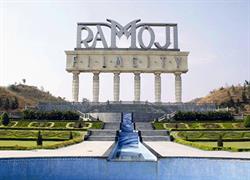 Kawal Tiger Reserve in Adilabad district of Telengana is a great potential for increasing the population of tigers. Read more about this nature reserve which is emerging as a popular tourist destination in Telengana state.

If you are looking for a small visit at the end of a hectic week, here's a place which can re-energize your spirit and detoxify your health with its virgin greenery and a serene water body. Visit Shamirpet Lake which is only at a distance of 27kms from Hyderabad. A place with plenty of enchanting resorts and deer parks.