The Chintamani Vinayak temple is the fifth Ganesha temple to be visited during the Asthavinayak Darshan tour. Theur (Theyoor) is situated at a distance of 22 Kms. from Pune City and is in Haveli taluk of Pune district in Maharashtra.

There are eight temples of Lord Ganesha near Pune which are called as Asthavinayak Temples. A number of tour packages are arranged from Pune and Mumbai and many other cities in Maharashtra to visit these eight temples popularly called as Asthavinayak Darshan or Asthavinayak yatra. Visiting these Asthavinayak temples near Pune in a particular sequence and in one trip is considered as a great pilgrimage worthy to fulfill all your desires and wash off the sins. The fifth of these eight asthavinayak temples to be visited is the Chintamani Vinayak Temple at Theur in Pune District.

About ChintamaniVinayak Vinayak temple at Theur 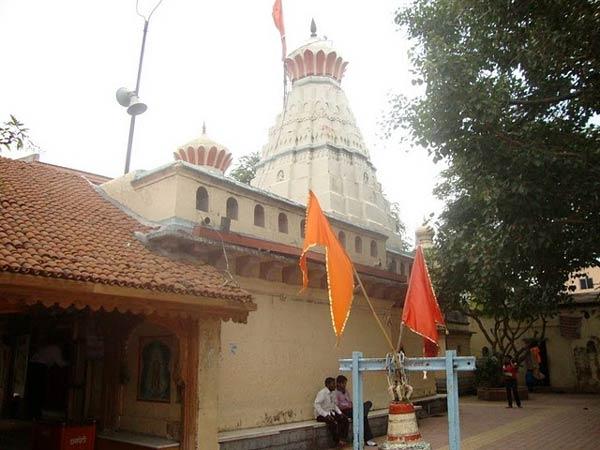 Chintamani Vinayak temple at Theur is considered to be one of the Ashta Vinayak shrines of Maharashtra, celebrating eight instances of legends related to Ganesha. In this shrine of Asthavinayak, Lord Ganesh as Chintamani brings peace of mind and drives away all the perplexities. 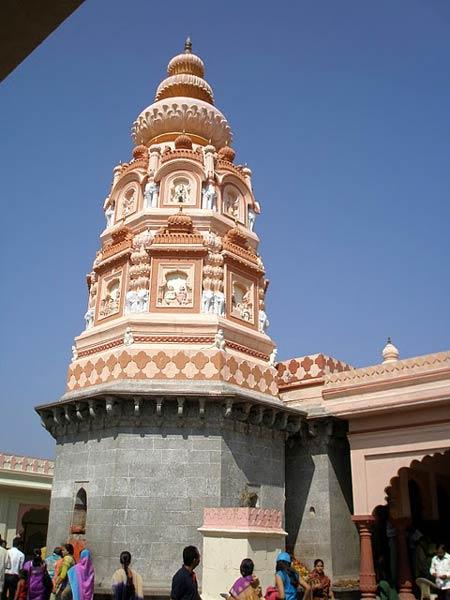 The Chintamani Vinayak temple was built during the rule of Peshwas by Sri Daharnidhar Maharaj Devji. The main Gate of the Chintamani Vinayak temple faces north and the temple has a temple hall made of wood. We can see a fountain made up of black stone in the hall. As Peshwas visited this place very frequently, one of the two five-metal bells bought from Europe from the church was kept here and the other bell was kept in Mahad. After the death of Madhav Rao Peshwa, his wife went for sati and a beautiful garden was made in her memory which is very attractive to see.

One of the interesting things about the Chintamani Vinayak Temple at Theur is that there is a separate section for meditation. It is called as a Overry. This kind of separate sections for meditation were found in very old temples. We can also see a small Shiva temple in the premises of this temple. We can see huge crowds seen at Chintamani Vinayak Temple during the vinayak Chaturthi Festival which is the birth day of Lord Ganesha. 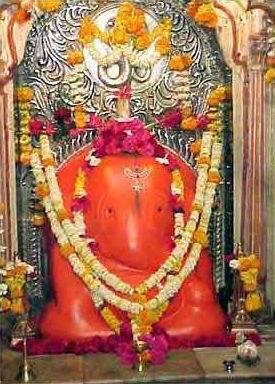 According to the Legend it is at this spot that Lord Ganesha is believed to have restored the precious Chintamani jewel from the greedy Prince Guna who stole it from Sage Kapila.

Abhijeet was a great and powerful king who did not have a son who would be the heir to his throne. The king and his wife carried out great penance at the suggestion of Rishi Vaishyampayane and were finally rewarded with son who they named Gana. He later came to be known as Ganaraja.

Prince Ganaraja was once invited to visit the ashram of Sage Kapil. The sage was a good host and with the help of the Chintamani Ratna [a precious stone] he was able to serve the best of food to Ganaraj. Impressed by the Chintamani ratna, Ganaraj wanted it for himself and asked the Sage to give it to him. But the Sage refused to give it to him. Ganaraj forcibly took it from the Kapil muni. Goddess Durga advised the sage to seek the help of Lord Ganesha.

The idol of Chintamani Lord Vinayak at Theur 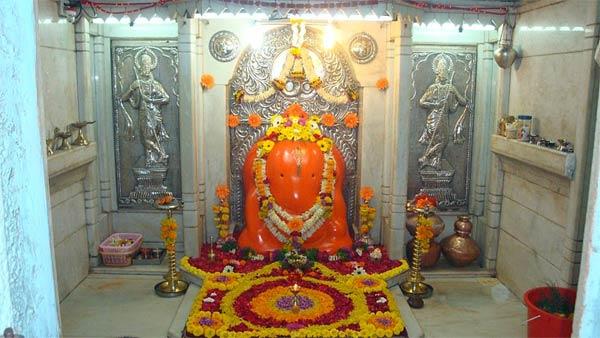 The idol of Chintamani Vinayak is facing east direction and is Swayambhu (Self emanated) and is not sculpted by human hands. The idol has the trunk turned towards left side. You can also see carbuncle and diamonds in the eyes of Lord Chintamani Vinayak at Theur.

There are major celebrations of festivals in the month of Bhadrapad Shuddh[ the waxing period] from Pratipada to Saptami [from the first to the sixth] and in the month of Magh Shuddh till the ashtami [eighth day] at Chintamani Vinayak temple at Theur. This festival is called the Dwaryatra .

Chintamani Vinayak temple at Theur village is around 22 km south-east of Pune and can be reached by road easily. Lot of buses are available from Pune Sarasbag or Poolgate bus stand to Theur. The nearest Railway Station is Pune Junction.

Sixth temple is Girijatmaj Vinayak Temple, to be visited as part of Ashtvinayak Darsan tour.