Bhimashankar Temple - The Jyotirlinga near Pune

Bhimashankar Temple is located in the village of Bhorgiri which is about 50 Kms. north west of Khed near Pune. This place is situated 110 Kms. from Pune city in the Ghat region in Sahyadri hills. 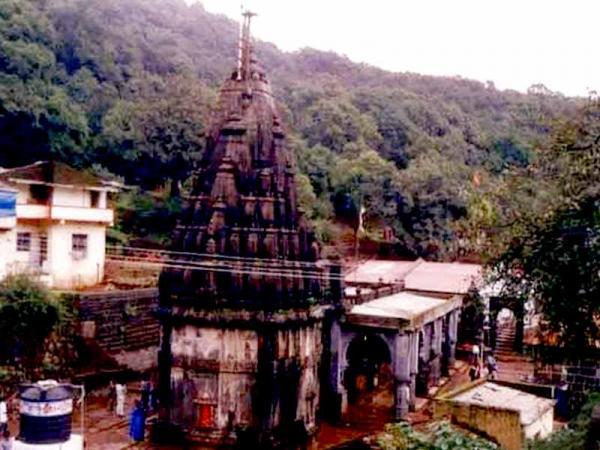 Bhimashankar is a home to an ancient temple dedicated to Lord Shiva. It is known that Lord Shiva is believed to take rest at this place after killing the Tripurantaka (one of the Rakshasa). There is a story for the Bhima River in Pune. The sweat drops of Lord Shiva fell on the ground and got converted into a water stream which is presently known as River Bhima. 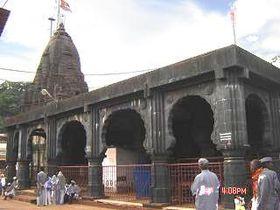 About the Bhimashankar Temple

Enshrined inside the complex of the Bhimashankar Temple is a Shiva Lingam, which is approximately 1.5 feet in length. Apart from the lingam, the temple also enshrines Goddess Kamalaja. The Goddess is worshipped by the devotees, with as much reverence as Lord Shiva. It is said that King Kamrupeshwar, the king of Kamrup, was a very ardent devotee of Lord Shiva. One day, a demon appeared in his kingdom and started troubling his subjects.

This demon also tried to kill the King Kamrupeshwar with a sword. But he missed the target and the sword feel on the Shiva Lingam worshipped by the king. As soon as this happened, Lord Shiva appeared at the site and killed that demon. It is believed that after killing the demon, Lord's sweat drops fell to the ground and were transformed into a stream. The stream later got converted into the Bhima River. Being situated close to the river, the temple also came to be known as the Bhimashankar Temple.

The Bhimashankar Temple is located in an excellent place in Sahyadri Hills and provides a wonderful view of the forts, the rivers and the hill stations around it. We can also see the dense forests around this temple and have rare species of flora and fauna.

The Bhimashankar temple dates back to mid 18th Century and was built in the Nagara style of architecture. The shikhara of the temple was built by Nana Phadnavis. Shivaji - the great Maratha ruler is said to have facilitated the carrying out of worship services. As with other Shiva temples in this area, the sanctum is at a lower level. The best time to visit the Bhimashankar Temple is said to be Maha Shivaratri as the temple organizes grand festivities on the occasion. 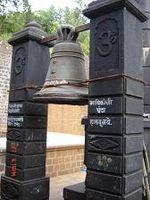 Bhimashankara temple is visited by thousands of tourists and devotees today from far and wide. Bhimashankar temple is now a popular pilgrimage for the Shiva devotees, and is one of the most excellent spots in the whole Maharashtra state. For the adventure lovers, Bhimashankar offers a number of excellent trekking trials. There is also a wild life sanctuary at BhimShankar where we can see a number of birds, animals, flowers, plants and so on. There are some places around Bhimshankar to visit. The Hanuman Lake, Nag Phani, Sakshi Vinayak, Bombay Point etc. are worth seeing.


So, whether you are a devotee or a nature lover or an adventure buff, Bhimashankar is definitely the place for you!

How to reach Bhima Shankar Temple

:
Bhimashankar is nearly 74 miles or 110 Kms. from Pune by road. We can see State transport buses running between Pune and Bhimashankar twice a week with more than 5 hours of bus journey period. The buses from Pune ply daily during the Mahashivarathri festival because there is a great fair during that time. It is also accessible from Karjat on the Pune - Mumbai section of the Central railway. There is not a proper road from karjat to Bhimashankar and only the devotees who wish to go to the temple on foot during festivals use this road.

If you want to come from Aurangabad or Ahmednagar to Bhimashankar, then you need to move towards AleFata which is 30 KM from Nagar. Then you can go to Manchar which is 60 KM from AleFata. After that take right from Manchar and after 59 KM you'll reach to BhimaShankar. (Aurangabad to Ahmednagar is about 112 KM).

Another route is Via SangamNer, which lies in Nashik Pune Road, You need to go from SangamNer to Manchar, and then follow the same route towards Bhimashankar, which is 59 KM away.

Is there any dress code when we go for Darshan? Secondly, will we get direct bus from Bhimashanker to Triyambkeshwar?

Thanks for sharing nic blog!!