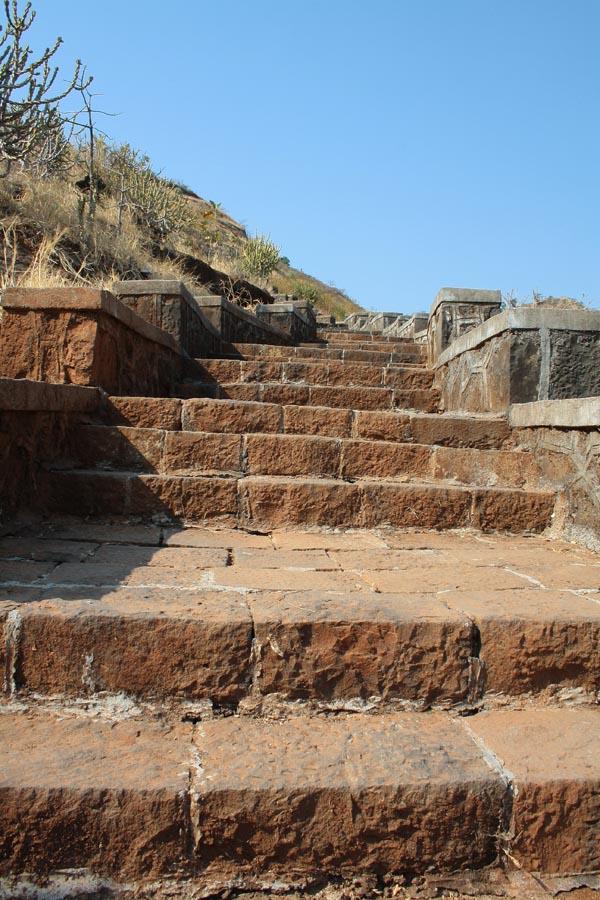 Bedse Caves also known as Bedsa Caves are very ancient caves which are situated in Maval Taluka, Pune District in Maharashtra. The Bedsa Caves near Pune forms an important part of Excursions near by Pune.

This place is so untold and untouched that even the local villagers don't have information about it! Bedse Caves are very ancient man-made structures and were made 2300 years ago. Let us now see the history of the Bedse Caves. 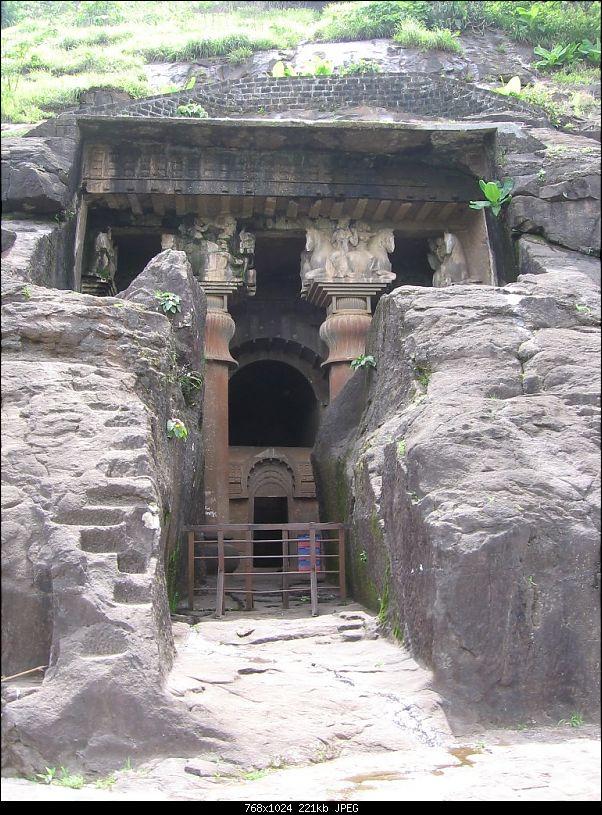 Emperor Ashoka popularly known as 'Ashoka the Great' was an indian emperor of the Maurya Dynasty who ruled almost all of the Indian sub-continent from 269 BC to 232 BC. After the battle of Kalinga, Ashoka realized how wrong he was, and what a misery his acts were till that time. He left his Maurya Empire, and followed Buddhism after the battle of Kalinga. He created many meditation places ( prayer halls) for the Buddhist monks. One of these meditation places built by Ashoka is the Bedse Caves near Pune. 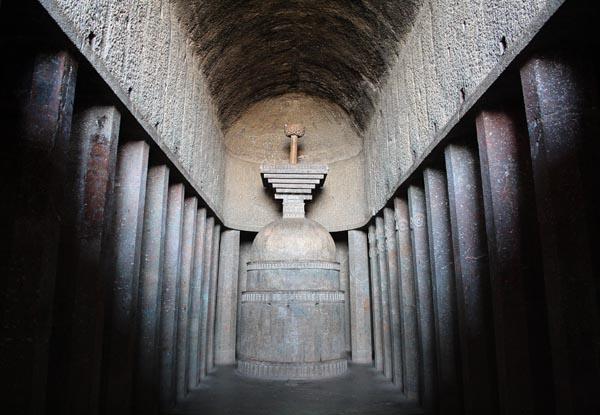 Let us now learn something about the Bedse Caves near Pune. This is one of the few places which are less crowded and worth visiting tourism attraction near Pune. Many people know about Karla and Bhaja Caves but have hardly heard of Bedse Caves. These caves are located in the Mawal region about 40 km from Pune, and an approximate 30 min walk from Bedse village. These caves are 15 Kms. to the south of Kamsher Railway Station. The walk to this place is like a pleasant nature trek in itself, offering beautiful rustic sights of village life and nature.

The Bedse Caves are comprised mainly of two eastward facing caves and several rock-cut beds called 'viharas'. In the early days, the 9 cells of the viharas served as homes for the monks. They are facing east so it is obviously advisable to visit the caves early morning as in sun light the beauty of carvings is doubled. 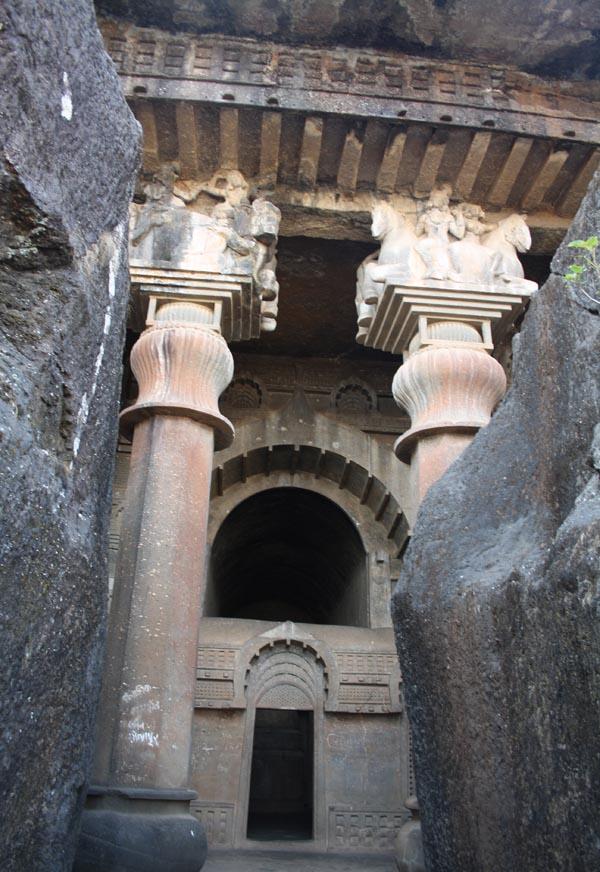 The main cave called 'Chaitya' once served as a prayer hall and boasts of a stunning Stupa inside it. Both caves display spectacular stone carvings. In addition to these there are several minor caves and a cave for meditation. Chaitya has been constructed very beautifully. The light (at any day time) perfectly reaches and highlights the Stupa — the main circular, top dome-shaped structure in Chaitya. Below the caves there are a few spring-water tanks that add a cooling effect to the whole area. 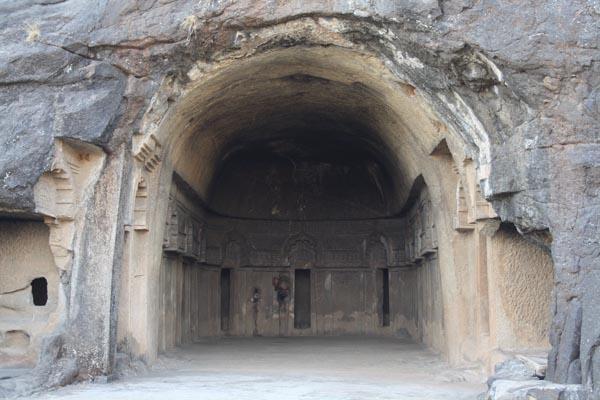 The Bedsa Caves in Pune have wonderful decorations on all its walls. It reflects the high standard of art and culture during the Buddhist period. The facade is beautifully decorated and is made up of miniature rails. There are a number of water cisterns depicted on the façade with inscriptions over them. According to this inscription, this system of water cisterns was introduced by the Samadinaka, the princess of Mandavi who made this facility for the benefit of the monks and other Buddhist disciples who stayed there. 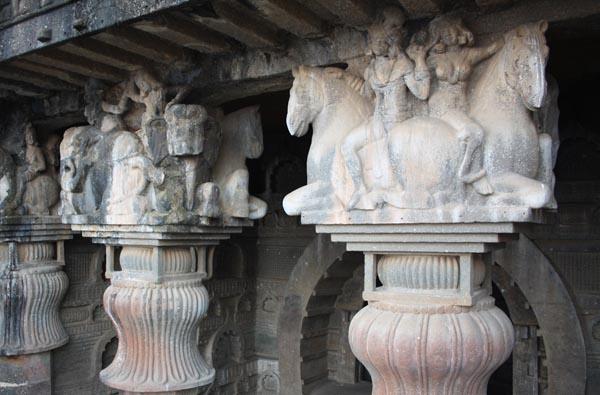 The Vihara in Bedse Caves has 9 cells and couple of side cells. In one of the larger cells is a non-Buddhist deity Yamai that is worshipped by the Kolis. Below in the village under a tree is the Tandula stone of Bedsai. A palki (palanquin) from this village every year goes up to Yamai's shrine and then to Vaghoba (deity of the pass) up the hill.

Until around 1861, these places were regularly maintained - even painted. These works were ordered by local authorities in order to please British officers who often visited caves. This has caused loss of the remnants of plaster with murals 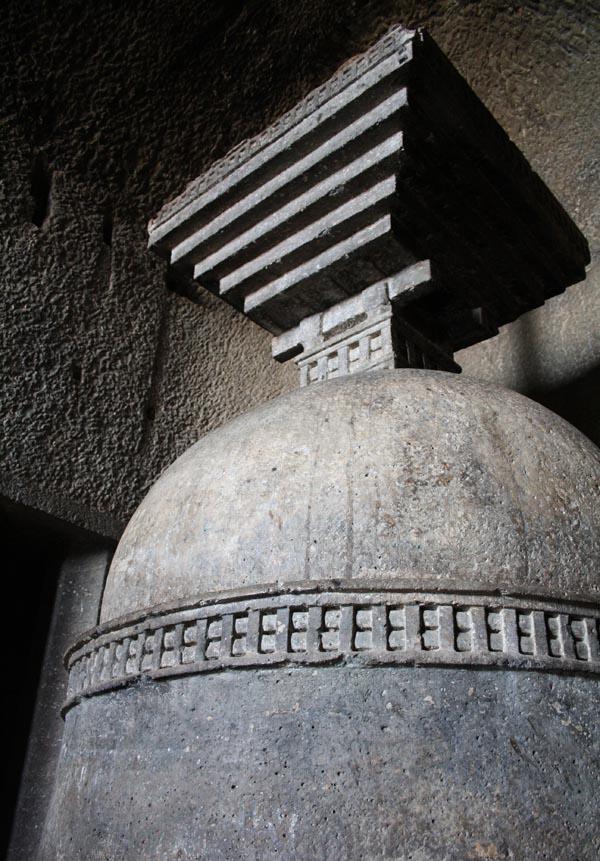 There is a story told by villagers about these caves that - The details about the caves and the entire history of the caves was painted and carved on the walls of the cave. But it so happened that a Senior British Officer was to visit the caves, hence a local officer painted the entire caves and the details were lost behind the paint. The truth of this story is not yet known but still it is an interesting story to listen. 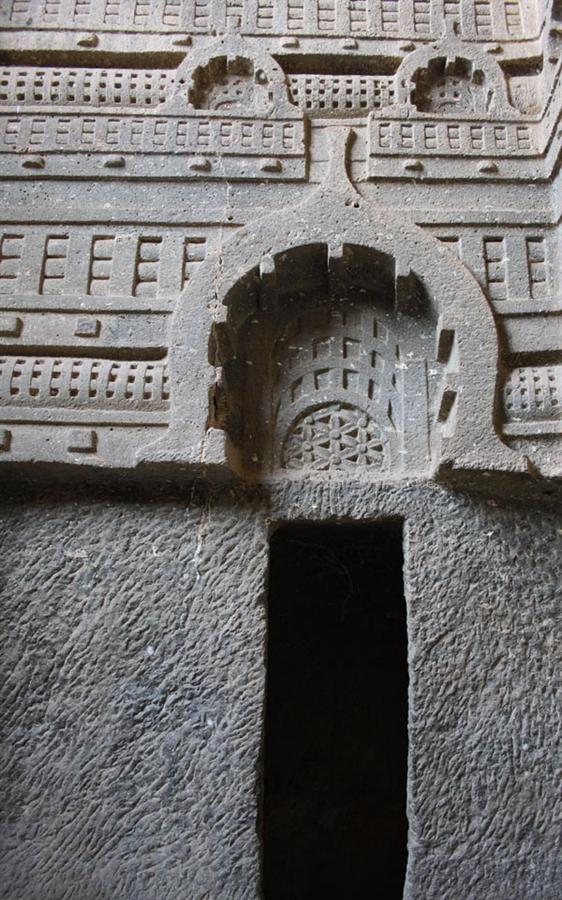 The temperatures in around this area is very moderate. Summers can get too hot and winters a little chill, but on an average the temperatures near Bedse Caves range between 19°C and 30°C.

Best time to visit Bedse Caves:
It is best to visit the Bedse caves between September and February, avoiding the worst rains and peak summer. In addition, since the caves are east facing, their architecture is best seen and admired in the morning. The rest of the day can be spent simply strolling around or trekking and revealing in all the natural beauty.

Getting There / Route Information to Bedse Caves 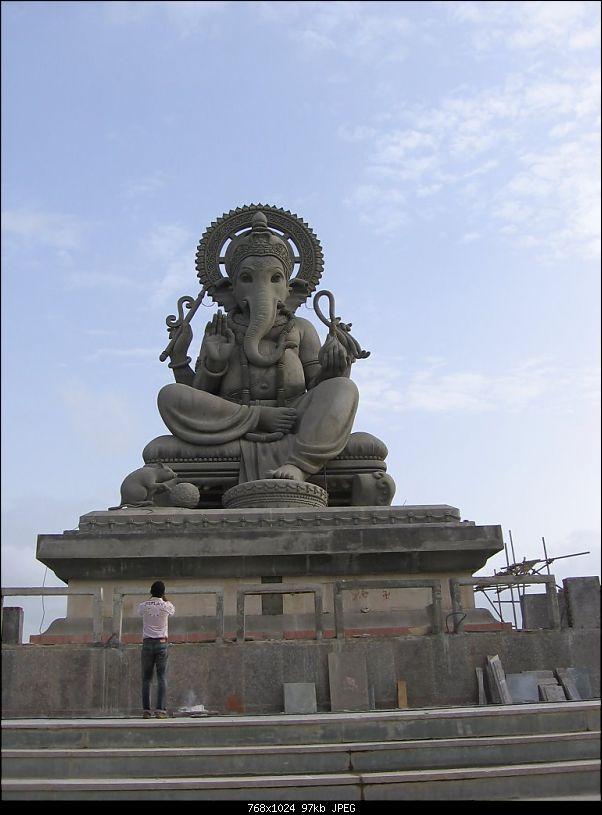 The major cities nearer to this place are Pune and Mumbai. The approximate distances of these cities from this tourist attraction is given below.

Reaching Bedse Caves by Bus
Public and Private Transport – State Transport Buses and Private Luxury buses from Mumbai to Pune are regularly available. From Shivajinagar Bus Station of Pune there are buses available to Kamshet as frequently as every half hour. From Kamshet, buses to Kale Colony will drop you at Bedse village which is enroute.

The Road quality is fairly good, but it can get bad during the monsoons. Also, you can expect heavy traffic in the industrial areas of Pune till you exit the suburbs.

How to reach by Train
Train seems to be the best way to get there with regular local trains from Pune to Kamshet, after which you have to switch to road.

There are several good MTDC resorts around Karla and Rye Woods, and also around Kamshet. Wear good trekking shoes, especially in the rains as the road from the foot-hill to the caves can get slippery.

I don't want to spend a lot of money for travel. Can you please suggest me some budget hotels near Bedse Caves? Place should be safe and clean and I am not keen on luxury services.

Come to Pune from Hyderabad by train. From Pune station take a local train to Kamshet. From Kamshet station take a bus to Bedse. Low budget hotels are available at Kamshet. enjoy the beauty of Bedse cave at very low cost this way.
Thanks. --- Satyen Banka,Pune