Located at a height of 803 meters above the sea level, Matheran is the most splendid Hill Station in Maharashtra. This is a hill resort located in the Raigad district of Maharashtra and also perhaps, the smallest Hill Station in India. This hill station is located in western ghats at an elevation of around 800 meters above sea level. This place is around 120 Kms. from Pune and 90 Kms. from Mumbai. The meaning of the word 'Matheran' is "forest on top". The lush green landscapes attracts lots of tourists every year to this pollution free hill resort.

This hill station is declared as eco-sensitive region by the Ministry of Environment and Forests, Government of India. This is one of the places in the world where vehicles are not allowed. This hill station covers an area of 8 square kilometers in Sahyadris.

This place was discovered by Hugh Poyntz Malet in year 1850. He was the collector of Thane district at that time. This is a unique hill station which is liked by picnic lovers, trekkers as well as jungle lovers.

Although this place does not have any local transportation, there is a Neral-Matheran Toy trains that is useful for the visitors. The nearest railway station to this hill station is Neral.

Here are some of the best options for travelling by Air, Train and Bus from different parts of India as well as abroad which are useful to the tourists and pilgrims planning a visit here. 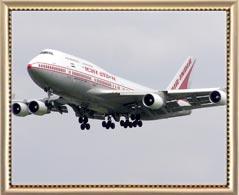 This place has the advantage of being very close to the two important metropolitan cities of Pune and Mumbai in Maharashtra. It is at a distance of 120 Kms. from Pune and 100 Kms. from Mumbai. Hence can be accessed through the two international air ports of Pune an Mumbai. A tourist can hire a taxi to this place from Pune or Mumbai air port. Tourist Taxis cost around Rs.2000 from Mumbai Air Port and Rs.1500 to travel from Pune Air Port to this hill station.

Several Air Lines run direct flights to Pune from all other cities in India. Some of these flight operators are:

The list of flights available from different places in India to Pune is given below.

Tourists from Mumbai and Pune can catch several local trains available and get down at Neral station and then catch the Toy train that travels for 2 hours and covers a distance of around 25 Kms. to reach this place.

Kamshet is another hillstation near Pune, which is appealing. 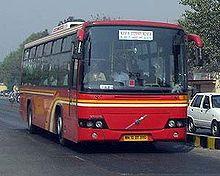 This place is connected to Mumbai - Pune express HIgh way till Cahuk via Panvel.
The hill station is connected to other cities via a network National Highways, State Highway and Hill Roads. There are many deluxe buses from Pune and Mumbai to a nearest place to this hill station( 3 Kms. away from this place).

There are regular state road transport bus services from many parts of India to this hill station. We can see a number of luxury buses running between this place and other nearby states. The bus stand is located a little away from the hill station. There are a good number of buses from Mumbai, Pune, Karjat and many other small towns in Maharashtra to this place.
Horses and rickshaws are the local transport means here. Other vehicles are not allowed to run in this place. Other wise the tourists have to depend on their walking capacity.

Matheran is one and only Pollution free Hill Resort in the whole Maharashtra State. Matheran is at an elevation of 800 meters above sea level In this article I have given some information about the best hotels, Cheap resorts and accommodations at Matheran.

Kamshet hill station is located near Bombay and Poona. This hill station is famous world over as a great Paragliding spot. Here you can find tourist interests and other informations about this place and nearby