Here's a list of the tourists attractions which are worth visiting: 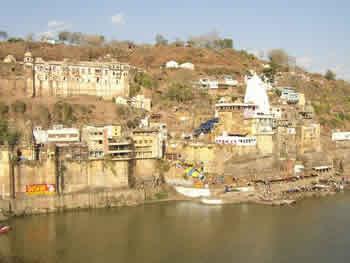 Omkar Madhata Temple: One of the sacred shrines in India, this Temple houses the 4th Jyotirlingas out of the 12 Jyotirlingas. This Temple is located on a beautiful confluence of River Narmada and River Kauveri. The temple structure is a finest example of Nagara Style Architecture which is decorated with elegant Frescos and Carvings. The landscaped balconies over the engraved columns of this temple add to its existing beauty. The Temple is encircled with the holiest rivers on the Mandhata Island and offers a panoramic view of the surroundings. This temple has great importance as its name is repeatedly listed in the ancient Puranas. It is beautifully lit up during various festivals like Mahashivratri and Kartik Poornima that are celebrated with great spirits and harmony. It also has the temple of Panchmuga Ganesha which is located on the first floor. Panchmuga Ganesha Temple also forms one of the most important tourist attractions of this place. Don't forget to visit the Mammaleshwar Temple / Amareshwar Temple which has the other half of the Jyotirlinga as mentioned in the Puranas. Mammaleshwar Temple is located on the banks from where one takes the ferry to the temple. 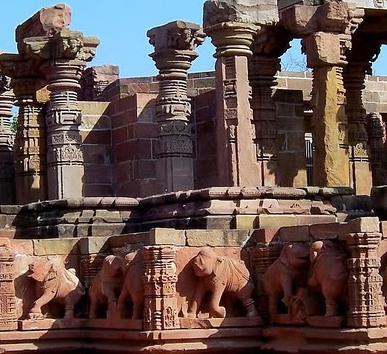 24 Avatars: 24 Avatars is one of the most prominent and most visited sacred sites in this place. The 24 Avatars is a cluster of large group of Hindu Temples and Jain Temples which showcase a unique style of architecture. Each and every temple out of these cluster speaks of a unique beauty and artwork set in the Medieval Period. 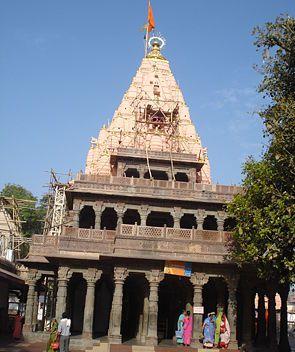 Mandu City: Located 100 km from here is Mandu City – The famous City of Ruins. Mandu City is known for its cluster of forts which form the major tourist attractions of the area. Mandu Fort in Mandu City is one of the strongest and oldest forts in India and has attracted tourists from all around the world. There are many attractions inside Mandu Fort which include the famous Jahaz Mahal which is located on the banks of River Narmada, the Pavilion of Rani Roopmati and the Jama Masjid. 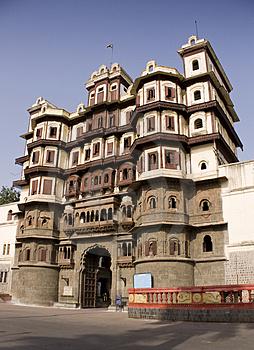 Other than the above, there are many other structures and temples which can be visited, which include the Satmatrika Temples which is located 6 km from the temple and is a group of 10th Century Temple, The Raanmukteshwar Mandir which is located within the Confluence of River Narmada and Kauveri, the Sacred Meeting Point where both the holy rivers meet, Kedareshwar Temple which is fine example of 11th Century architecture and Gauri Somnath Temple which is one of the oldest and popular shrines in this place.

Weather in Summer: Too hot and humid

Weather in Winters: Cold and pleasant 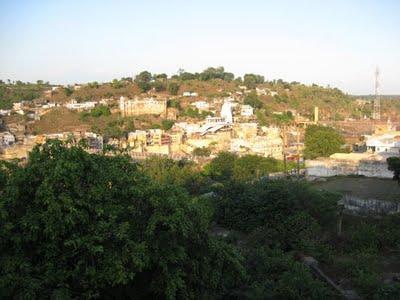 this place has generally faces extreme climatic conditions with hot summers and cold winters. This Temple is at its best when visited during winters. From post monsoons, one can visit this famous Jyotirlinga located in Madhya Pradesh. The climate during summers reaches at the temperature of 37 degrees Celsius to 45 degrees Celsius, which can get too hot for the pilgrims to visit the temple. But the scenic surroundings of the Mandhata Island gets better with post monsoons, as the island gets dense with lush greenery as the monsoon spells magic on it.

During Monsoons, the level of Narmada River gets bit higher than the regular level. This could be dangerous and inconvenient for pilgrims who wish to take the ferry. Also the Mandhata Island receives heavy rainfall. And hence it's ideal to visit this temple during its best time which is from October to March.

The festive seasons here also happens to be during this time.

Thank you for the detailed information. We are planning to visit Omkareshwar in April or May. Is it a good time to visit this place?

We are a big group of 7 people. Which is the best place to stay there? We just want a decent place to sleep and no luxury needed. We are on a tight budget. Please suggest some budget hotels to stay.