Tourist Attractions in and around


Here's a list of tourist attractions nearby the city:

Gwalior Fort: This forms one of the prime attractions of the city. One of the unconquered forts of India, This fort is located just 2 miles from the city and can be seen from each and every point of the city. This fort has lots of additional attractions and historical monuments within its boundary which are worth visiting, which includes the Man Mandir Palace, Gujari Mahal, the Teli ka Mandir, Saas Bahu Temple and many other Hindu Temples. Additionally the Sound and Light Show of the fort is worth watching to make the trip complete. 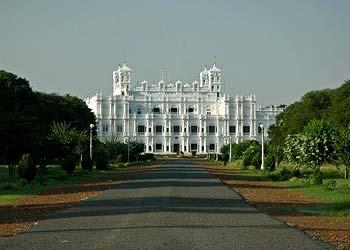 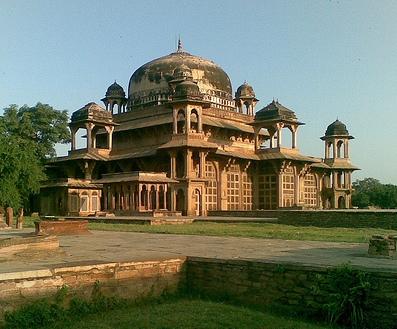 Datia: Datia is a tourist delight located around 67 km from the city. Datia is a medieval historical site with its main attraction being the 7-Storey palaces which is been in the 17th Century by Raja Bir Singh Deo. Other than that Datia also has many places to visit which includes few of the following places:
Peetambra Peeth
Gujarra
Botanical Garden
Seondha
Sonagiri Temples
Govind Palace
Badoni Temples

Tighra Dam: Tighra Dam is an ideal picnic spot located on the outskirts of this city. Tighra Dam is a huge water reservoir which offers exceptional outing with various boating and entertainment activities. The Tighra dam was constructed in the year 1971 and since then has been popularly served as tourist attractions around the city. 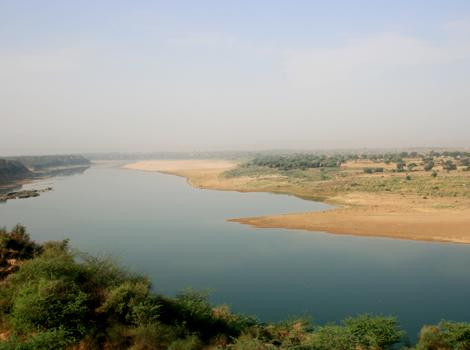 Pawaya: Pawaya is a finest collections of ancient ruins located around 68 km away towards the Jhansi Highway. Pawaya holds the archaeological remains which belonged to the 1st and the 8th Centuries and were excavated here. Pavaya holds a lifesize statue of Chaksha Manibhadra of the 1st AD. Pawaya remains is an excellent example of how the Nag kings in the 3rd AD lived. 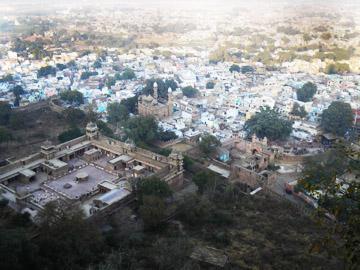 This place experiences extreme climates in all seasons. For say, summers are too hot and winters are too cold. Rainfall is heavy in the region, but is restricted only to monsoons. And hence the ideal time to visit is from October to March when the climate bit cold but is pleasant. Avoid visiting in summers due to high humidity and heat. During summers, the temperature can shoot as high as 46 degrees Celsius and thus could be uncomfortable.

Especially if you plan to visit the fort during summers, that wouldn't be a good idea. It takes at least half a day to visit and in summer it's just not possible to walk on the pavements or the side path of fort in the scorching heat. So just avoid! And there is no question of visiting the fort in the evenings, because the fort closes early evenings. But winters the climate is quite pleasant and thus should be best visited in winters. The suggested clothing during winters is light woolen.

One can shop for many items which form a specialty of this place. Few of such specialties include the Chanderi Saree, the artifacts and the handicraft items which showcase the local tradition and artistic talent. The best place where you can shop the original and reasonable items is the Bazaars at Bada, Laskar and Patankar. Bargaining plays a major role when it comes to buying items in these bazaars. Patankar Bazaar, Rajwara Bazaar and Bada Bazaar are known for the state run emporiums which sell best varieties of Chanderi Sarees.

Mrignayani is one such official shop at Bada Bazaar where one can buy several handicraft items made in this place. In such handicraft items and artifacts, one has a wide range to select from which includes hand woven carpets, decorative items, handmade jewelry, wall hangings, various home decorative items and lacquer ware. Tribal jewelry is also set for sale in many State-run emporiums. Other than that, one can also buy leather chappals and sneakers in the markets.

I'm planning to visit Gwalior next month with my family. Is April/May a good time to visit? How is the weather there during the summer?

Also, can you please suggest me some budget hotels in a safe area?