Famous five temples on the bank of Buckingham canal in Chennai

Chennai is a popular tourist destination for several reasons and some popular places of worship are some of the reasons. This article gives a detailed view of some of the temples on the bank of Buckingham canal, which are worth visiting for worshiping as well as appreciating the architectural beauty of these buildings.

You can visit all these temples within a single day since they are all geographically located in the same route.

Buckingham Canal is the largest in the country linking Andhra Pradesh and Tamil Nadu rivers and the stretch I am talking about comes after entering into the city of Chennai at Tiruvanmiyur linking Adyar and Cooum rivers of Chennai and runs between OMR and ECR of Chennai which are now IT corridors. 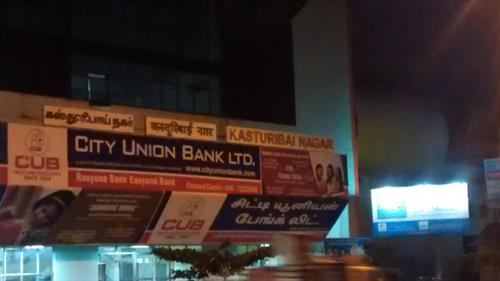 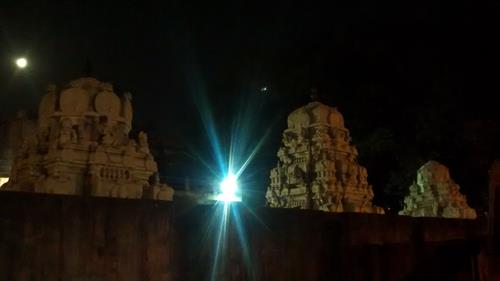 At the end of OMR road (also called Rajiv Gandhi Road) if we take the direction from Mahabalipuram, which is otherwise the starting point of the Rajiv Gandhi Road, the temple is located at the junction of all roads. There are many deities but the one very famous here is called Athyantha Prabhu (half Vinayak on the left side and Half Hanuman on the right side which cannot be seen anywhere else) 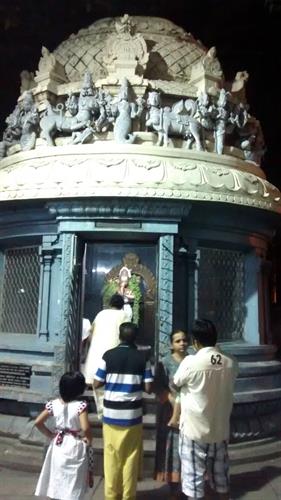 Here devotees can do own arati for the this twin lord. 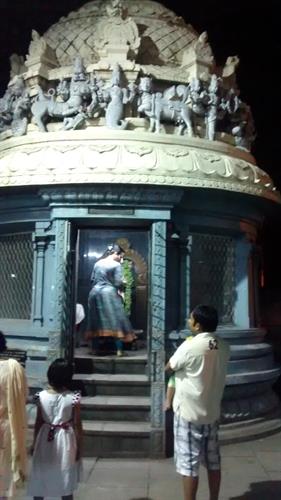 To visit other temples, we may have to proceed on the banks of Buckingham canal (where now on the canal path, only MRTS is built) via Kasturba Nagar, Kotturpuram and RA Puram, Mandaveli and Mylapore. The journey may be along the MRTS railways. The city is well connected with roads and one can prefer any mode of road travel. I am a resident of Chennai, I always prefer my two wheeler to cover these temples.

When we proceed from Madhya Kailash, the first temple to reach is Veera Anjaneyaswami temple which is in the small lane on Mosque street near to the busy road linking Mylapore and Mandaveli.

We may land in this temple near the canal on R A Puram and in a small lane near to Shridi Saibaba Temple. The highlight of this famous temple is the 16 feet monolithic granite idol. Also, the corridor surrounding the main deity has different forms of Hanumans like Pancha Muga, Yoga. Here the deity is called Veera Anjaneya Swami.


Here the Hanuman Temple is called as Thanneer Thurai Anjaneyaswami as once the place was called Thanneer Thurai. The deity is Veera Anjaneya Swami and there is a modern history attached with this temple. Usually literature legends place their scripts in a temple before it goes to other's hands, Rajaji who rewrote Ramayana in Tamil has placed his first script here in this temple.


This temple is located in the premises of TNSC Bank, Alwarpet Branch and hence it is also called Cooperative Bank temple and also has a great belief among the students who are doing professionally finance courses (courses start with C and end with A like CA, CPA, CISA, CIMA etc).

Apart from this famous five on the canal of Buckingham, there are many other famous Hanuman temples in the city like the one in 12 feet in Ashok Nagar, 32 ft in Nanganallur and one in Valasaravakkam, and Panchamuka Anjaneya in West Mambalam. 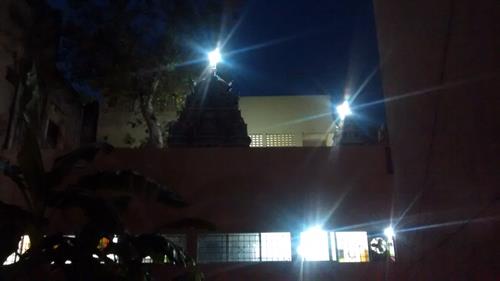 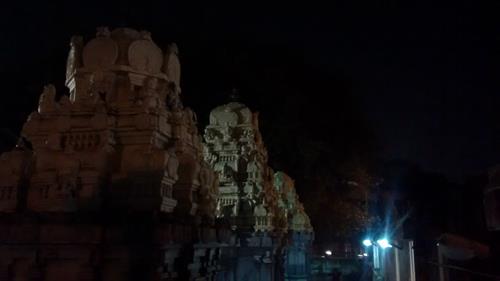 Nice. I have visited a website which had the contents of the most popular temples around India with brief and clear informations. Please check out the following website:
www.templedetails.com

Thank you for sharing an informative article about Hanuman Temples in Chennai. Is there is Vahana Pooja/ Vehicle pooja in Nadukkayilai, Madhya Kailash Temple?