Kerala is India's most literate state and did have direct contact and connection with the Portuguese, the Dutch and the British for centuries. But the Hindus, the Christians and the Muslims, who together constitute 95% of the population, are generally orthodox and keep traditional values dear to them. So it is advisable to have a general idea about the attitude of the local population to the dressing style of the tourists, especially those from western countries.

Until about 2000, the main dresses used by grownups, were mundu (a garment worn around the waist that goes down to the feet) and shirt for men and saree for women. This was the main attire used by all the three religious groups mentioned. The last 15 years witnessed a sea of changes in people's attitude as a result of the presence of a vast non-resident population. Now mundu seems to have been replaced by pants and saree by churidar. Youngsters have now started wearing shorts and tops too.

Recommended: A few tips to visitors to Kerala

Kerala's coastal areas seem to have accepted the western style of dressing of the European tourists. Even then, they expect the Indian tourists to wear at least a bermuda (3/4 shorts) and shirts or tops. Since the climate in Kerala is hot and humid almost throughout the year, it is advisable to get cotton dresses made of thin and airy material which are loose fitting. The above dressing is recommended for the months from October to May, which is the main tourist season. 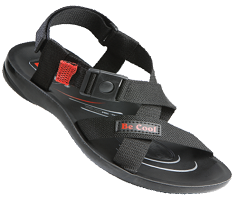 June to October is considered the rainy season and it is best to wear clothes that you can dry up easily. You must keep an umbrella with you when you go out into the open. It is advised to wear open chappels which are airy and with tying facility near the ankles. When going into the forests and hilly regions, one must wear boots or sports-shoes. For both dry and rainy season, it is good to have hats and battery powered electric torches with you when on tour.

Also see: Best tourist places in Kerala you must visit

Read: Our visit to Achankoil and Aryankavu temples and various falls in Kerala

As a whole, people are generally accommodative of the dressing style of the tourists. But we recommend a certain decorum, avoiding provocative ones and the same holds true for ultra modern styles.

You need not bring these dressing materials when you go on a tour to Kerala, as you can buy them on your arrival here, from cities, possibly cheaper. Even the small villages of Kerala have shops packed with these things.

Are you visiting Kerala soon and like to know the liquor policy in the state, especially in the tourist destinations? Follow this article to learn the limitations in the state regarding consumption of alcohol in Kerala.

Travel tips for visitors to Kerala

Kerala is known as God's own Country. Kerala is one of the best place to spend memorable time with your family & friends. Kerala is also a good place for honeymooners. Find some helpful tips to visit Kerala.

In present times, the dress codes are forsaken as the new styles and western attires are increasing embraced by the locals. The temples has a dress code to which I agree. I'd like to know why men in Kerala temples needs to remove shirts?