Chatting with my friend, I often talk about my visits to temples around Courtallam, in both the directions both Tenkasi and Shenkottai, till the border of Tamil Nadu called Puliarai. So this time we wanted to make trips to these famous shrines and on enquiry from Shenkottai, it is easy to cover these shrines. (See also: Famous Temples in Tamilnadu)

So we have moved this time from Shenkottai to Achankoil, Aryankavu and another temple built by Pandalam King is called Thirumalaikoil for Lord Muruga in a car.

We moved from Shenkottai to Mekkarai via Panpozhi which has bifurcation into both the temples, that is, on left to Thirumalaikoil and on the right to AchanKoil. The road leads to Mekkarai.

From Mekkarai, the forest starts and in about 6 kms, the ghat starts with hill routes of 23 hair-pin bends to reach Achankoil. The way has a natural beauty and you can see elephants throughout the way. 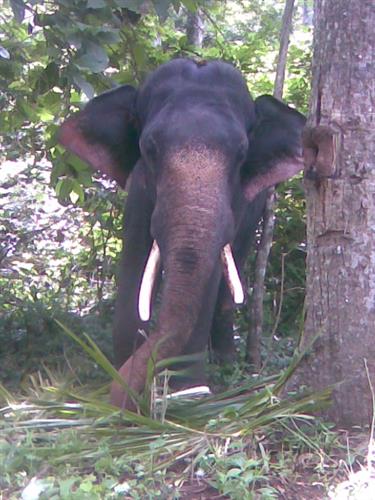 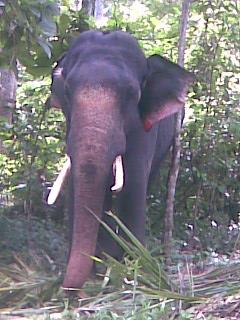 On the way to the shrine is the shrine for Karuppannasamy at Kottaivasal. From there, almost at the end of ghat section, we really enjoyed the two falls: the Manalar and Kumbaratty falls. Manalar falls is a huge rock looking like a natural set-up for falls. After a bath here, we moved to the nearby Kumbaratty falls on foot as this fall is like a natural shower. From the falls, we reached the shrine Achankovil. Here the temple is not restricted for family entry and we felt blessed to have the darshan with the family and for the archana for individuals. Inside the shrine, it is calm. We circled around the temple premises, both inside and outside and returned back. 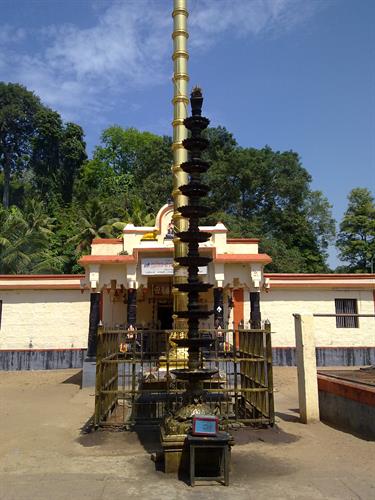 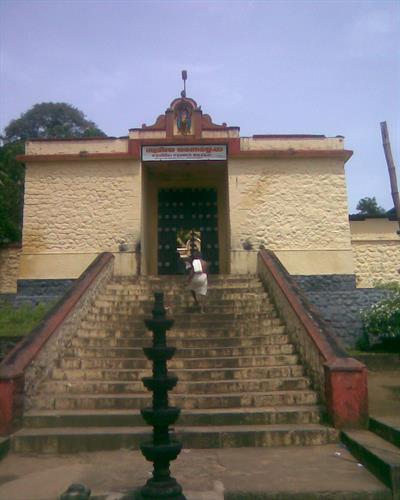 As we bifurcated on left from Panpozhi, we wanted to have darshan on the hill-top temple called Thirumalaikoil and so on return we reached there as the route is paved till the hilltop. We moved back into the car and reached the hilltop after taking darshan at the bottom of the hill Vinayaka (otherwise one has to move up almost 800 steps) and returned to Shenkottai.

Recommended read: A Guide on what dresses to wear in Kerala: Information for tourists

Next day, we moved towards Aryankavu which is another famous shrine for Lord Aiyyappan. From Shenkottai to Aryankavu, the road has small ups and downs and one has to cross the border on the S-band road to reach Kerala. First we reached the temple, which is on the road but from there we moved to the falls called Palaruvi which is almost 10 kms from Aryankavu. The arrangements for men and women is made separately.

After a bath in the falls we returned to Aryankavu and we had to step down from the road which led to the temple premises and there is a small river touching the side of the temple premises. There, we bathed as it was filled with water due to the seasonal rain. Small steps are built that make moving comfortable.

After the river, the entry to the temple is restricted here at one point and men were allowed inside while women were allowed to see the deity only from the entrance. But the pujari does a separate arati for women.

A pilgrimage trip in the plains around Courtallam

Kuttalam falls or Courtallam waterfalls is a famous tourist destination in southern Tamil Nadu. Read more about nearby attractions including famous South Tamilnadu Temples and other tourist interests which are on the south western side closer to Kerala also.

This article is about the uniqueness of temples which are in the hill top and also talks about the famous significant nava (nine) in our mythology in Tamil Nadu and where I have made a visit.

Dudhsagar Waterfalls in Goa - One of the greatest Waterfalls

Dudhsagar waterfalls in located in the western ghats of the state of Goa and is a part of the Goa Ecowater system. This waterfall can be also extensively observed when travelling through Konkan railway. The article elaborates more about this fantastic waterfalls that attracts thousands of tourists.

Bharanikuzhi is a seasonal waterfalls located in the forests of Malayattoor forest division in Kerala. This a beautiful eco-destination with sizzling waters that will steal the heart of any traveler. Read more about this place and learn how to reach.

This temples are very close to Kuttralam waterfalls. Tamilnadu and Kerala government should coordinate this close by tourist centres by offering tourist visits in buses and all thus helping the tourist potential of these places.

Also, during every rainy season, the roads becoming very bad as well as the traffic block at Ariyankavu check post which discourages many to visit these places. Any idea whether Kerla government has any plans to improve the road access to Achankovil?

Kutralam Palaruvi falls is main attraction. the waterfalls in Kerala side is just average. by the by, there are better waterfalls and cool places in the Theni-Kerala border. Suruli waterfalls is one of them. Munnar is near only. do you know how is theni poopparai rajakkad-muvattupula-kochi road?

Thanks for the detailed info. Pls tell us the temple timing also- whether these temples are open on all days.