Thamarassery Ghat Pass, also known as Thamarassery churam or Wayanad Churam, is along the national highway (NH 212) that connects Kozhikode with Wayanad. Since the road leads to Wayanad, this ghat pass is often called "Wayanad churam". 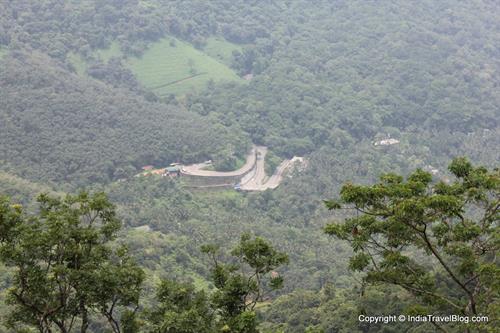 The ghat pass ("churam") begins from Adivaram (downhills), while coming from Kozhikkode and ends at Lakkidi, the beginning of Wayanad district.

There is a view point at the top of the ghat pass just after the 9th hairpin and before reaching Lakkidi. You can stop at this place and enjoy the beautiful view of the serpentine roads through the hills. 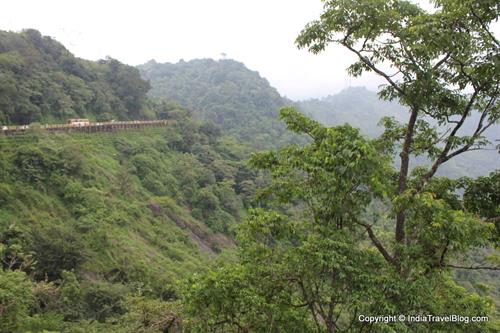 There are 9 hairpin curves, which are numbered from 1 to 9, starting from the first one at the downhills. The adventurous hairpin roads through the ghat pass will hold you spell bound. The amazing view of serpentine roads of the ghat pass from the view point located at the 9th hairpin, is really spectacular. When I showed the curvy roads at far and the trucks moving at very slow speed, my kids couldn't believe that is the road we are going to cover in the next hour. We were coming from Wayanad to Kozhikkode after our backpacking trip to Ooty and so, we were going down the hills from Lakkidi. The drive through the curvy roads was indeed a spinechilling experience. 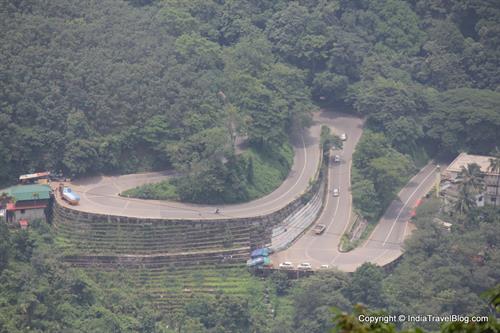 The entire ghat road is about 12 km and you would take about 30 to 45 minutes to cover this distance. Presence of fog may further slow down your journey. The best place to stop by is the view point at the top of the churam, near Lakkidi. Avoid stopping in any other places especially on the hairpin curves to avoid any accidents. 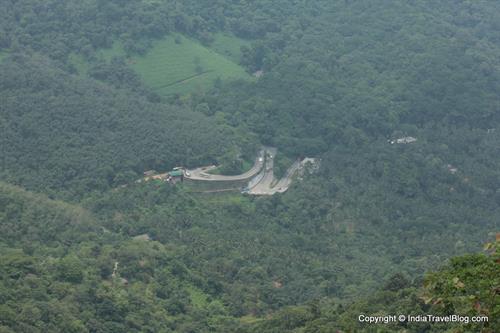 Beware of the monkeys throughout the ghat road. Even though they aren't as aggressive as the monkeys you see in places like Nandi Hills, they won't miss an opportunity to snatch food packets from you. 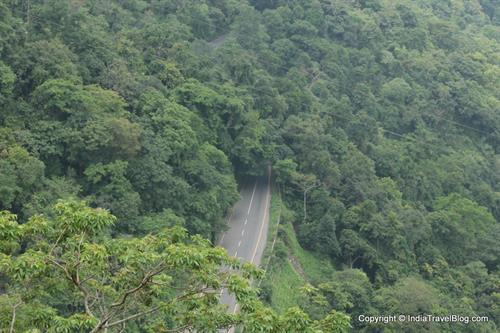 The Wayanad Gate Hotel where we stayed was just 1 km from the Thamarassery ghat pass view point in Lakkidi. If you are visiting Wayanad, The Wayanad Gate hotel is a great place to stay. It is along the NH 212, a very safe place for families and also near to many attractions. While staying in the hotel, we came for a short drive to the Ghat Pass View Point and we were blessed to see the fog coming down the hills that covered the entire area for about 15 minutes. According to the travel guides, the fog comes unexpectedly and lasts from few minutes to few hours. Sometimes, the mist will be so thick and you can't even see more than a few feet. When the ghat is covered with thick fog, most of the vehicles stop along the highway (unless they are equipped with the fog lights). It's dangerous to drive on the curvy roads during heavy fog. 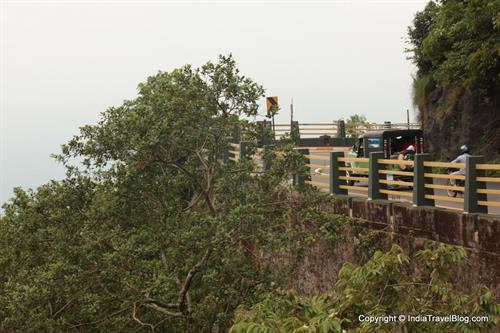 Tourist attractions near the churam

Once you enter Wayanad after passing through the spectacular ghat pass, the first tourist attraction most people would stop by is the Chain Tree, which is along the side of the national high way. It is worth stopping for a few minutes, give a short break for your car and sip a cup of coffee at the Coffee Day or have some heavy food at The Wayanad Gate restaurant opposite to the Chain Tree. 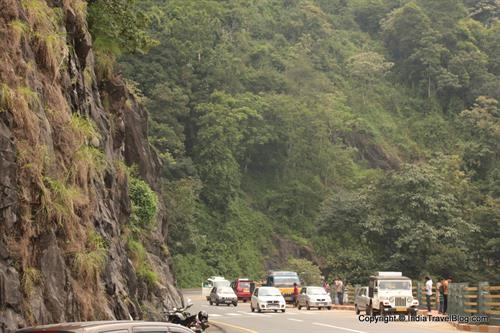 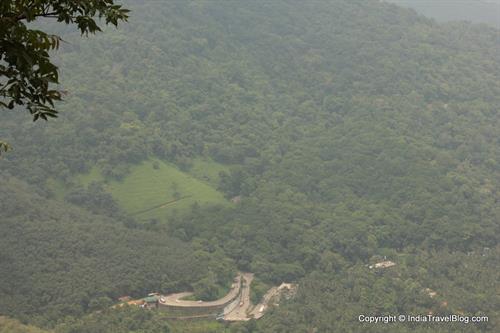 The ghat pass is not a specific location to visit, even though there is a place called "View Point" at the top of the ghat, which gives a spectacular view of the curvy roads from the downhills to the top point. This place looks at its best when the fog starts coming in. Unfortunately, you can't predict when nature will bless the viewers with the fog. According to the locals, you have higher chances of experiencing the fog in the earning mornings or in the evenings. Also, fog is common during December and in the beginning of monsoon. 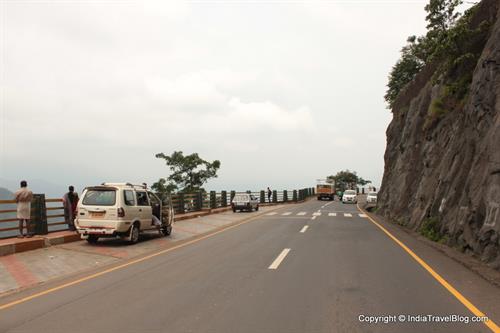 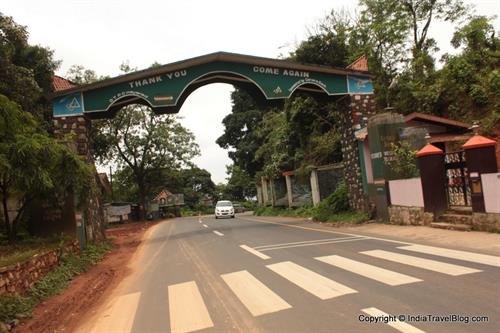 While fog is very interesting to watch and experience, you may not want to drive the dangerous hill roads during fog. The visibility is very poor and you may not be able to see the boundaries of the road properly unless your vehicle is equipped with fog lights. If you experience heavy fog during driving, I would suggest you to turn on headlamps, park your car in a safe place and enjoy the beauty until the road is clear and safe to continue driving.

Enjoy a pleasure and safe driving through the ghat roads of Wayanad! Check out the budget resorts in Wayanad.

Wayanad is one of the most popular hill stations in Kerala and has a lot to offer for the visitors in terms of natural beauty in the form of hills, valleys, lakes and much more. I am sharing my recent travel experience to Wayanad.

Yes, this ghat passage is awesome when you drive through waynad. I drove from yashwantpur, blore to kojhikode through this road few days back to visit a colleague and friend. Kerela's greenery and soft spoken people are so welcoming when we come from blore.
What is the best route to reach Banglore from Calicut without getting caught in forest check post? How is the road through Puthoor-Shiradi ghats to Bangalore?

20 years back, I remember passing through this route to Mysore. The view it offers is awesome. I personally likes Shiradi and Nelliyadi ghats in the Mangalore-Bangalore highway which is difficult to manoeuvre. I am hearing more about Idukki has the best roads in kerela. Any info?