Malayattoor is a famous Christian pilgrim centre. Every year, during lent season, thousands of people from all religions visit this place and climb the sacred hill of St. Thomas mount and pray for blessings.

This small village is well connected by road to all parts of Kerala. Also, there are railways stations and an international airport nearby. Read further to learn how to reach Malayattoor.

How to reach Malayattoor by public transport bus

Malayattoor doesn't have a permanent bus terminal but buses ply from nearby cities like Perumbavoor, Angamaly and Aluva. During the puthunjayar festival season, a temporary bus station is setup at the foothills of the holy mountain. 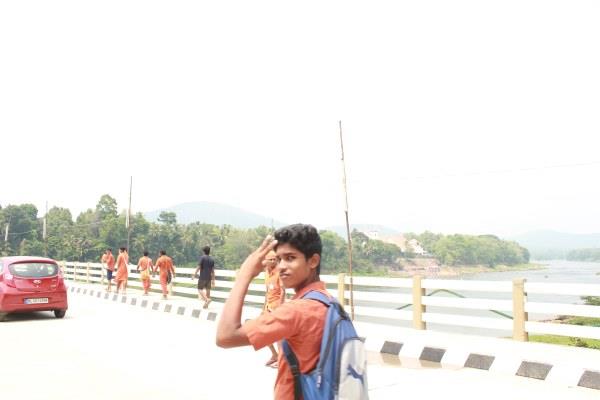 From Coimbatore, Palakkad and Thrissur, come to Angamaly in the NH 47. Then switch to MC road and drive to Kalady, which is 8km from Angamaly. From Kalady, turn left to Malayattoor.

From Ernakulam, drive towards north in the NH-47. At the Kochi airport junction, turn towards the Kochi International Airport. Pass the airport and continue driving towards Kalady. At some point, you will hit the MC road and turn right towards Kalady. From Kalady, turn left to Malayattoor.

From Idukki, Adimali and Munnar, come to Kothamangalam and then continue driving towards Perumbavoor direction. There is a new bridge connecting Malayattoor and Kodanad, which significantly reduces the driving time to Malayattoor in this route. When you come from Kothamangalam, turn right towards Malayattoor/Kodanad at Kuruppampadi town. From Kodanad, Malayatoor is just 1 km.

If you are coming from Kottayam, Pala, Muvattupuzha or Thodupuzha, come to Perumbavoor and then go to Kuruppampadi town which is located in the way to Kothamangalam. At Kuruppampadi, turn left towards Kodanad/Malayattoor.

Hotels and accommodation at Malayattoor

Malayattoor is one of the most famous Christian pilgrim places in Kerala and South India. There are a few hotels and other facilities for accommodation. Read this to learn more about the accommodation available at Malayattoor.

Bharanikuzhi is a seasonal waterfalls located in the forests of Malayattoor forest division in Kerala. This a beautiful eco-destination with sizzling waters that will steal the heart of any traveler. Read more about this place and learn how to reach.

Kerala have lots of old churches and many pilgrim centres. I recently only heard about Malayator which seems to be a very important pilgrim centre for Syrian Christians. Which is the best way to reach Malayator when coming from vaikom?