One of the reasons we moved from USA to India is, we wanted to be closer to the relatives and friends. However, after we moved back and settled here, we quickly discovered it doesn't work the way it used to be in the olden days. People are busy and no one gets much time to meet each other and spend time together.

My wife was more upset than me and she wanted to make an opportunity to spend a day together with the close relatives. So we started talking about day trips and picnics. A houseboat cruise was suggested by my cousin brother. We initially thought about the night stay but we dropped that plan since we don't achieve our purpose of spending some gala time together. Moreover, for night stay, houseboats will not allow more than 2 or 3 families, depending on the number of bed rooms.

Our day cruise experience in houseboat in Alappuzha

We were told to report by 10:30am at Alappuzha houseboat terminal. We were late by a few minutes and the place was heavily crowded. We had to wait nearly an hour since the boat staff were still shopping for vegetables and grocery for our lunch! We boarded the boat by about 11:30 am but the cruise didn't start yet. There were more than 1,000 houseboats there and several boats were blocking our way to the backwaters. We were told that's how it works there and we have to wait until other boats leave the terminal for us to start out hour. We started losing our patience and reading our mind, our boat crew called a couple of people and started pulling away other boats making way for us to move on. 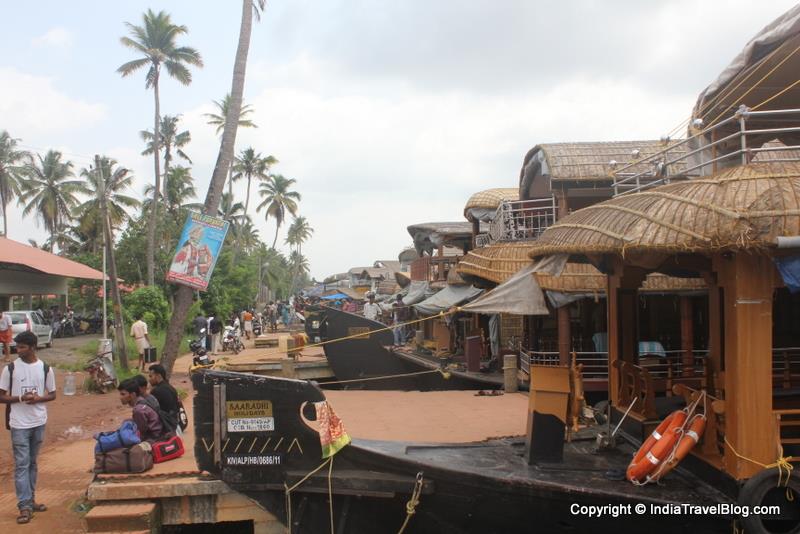 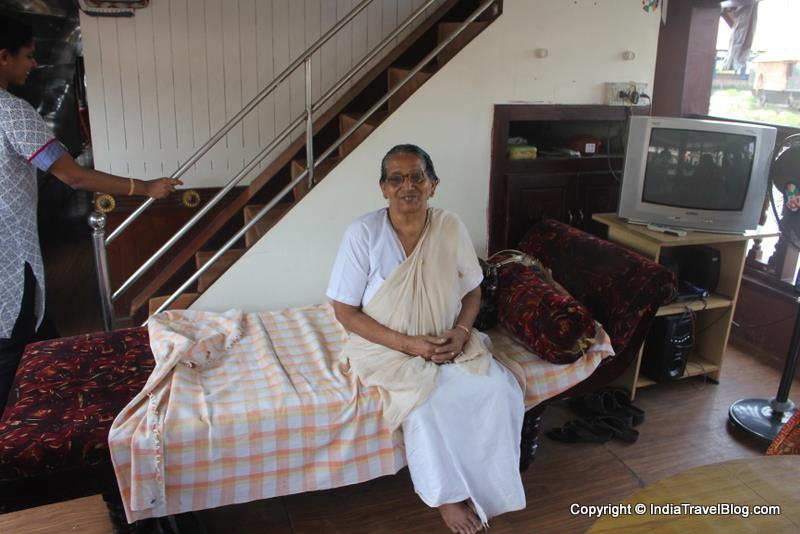 Make sure the houseboat you choose has something for everyone. Our grandma enjoyed relaxing in the small sofa. TV was just an extra luxury which no one really wanted to use.

Finally, the cruise started by about 12 noon and everyone were excited. We passed via the canal where the Nehru Trophy boat race takes place every year. We started feeling the cool breeze as soon as we entered the open backwaters. However, for the first one hour of the cruise, the primary view was hundreds of other houseboats, which was interesting in the beginning but became an eye-soaring sight pretty quickly. But once we reached the open backwater, the beautiful views of Alappuzha dominated the sight of other houseboats and we started ignoring other tourists waving their hands on us. 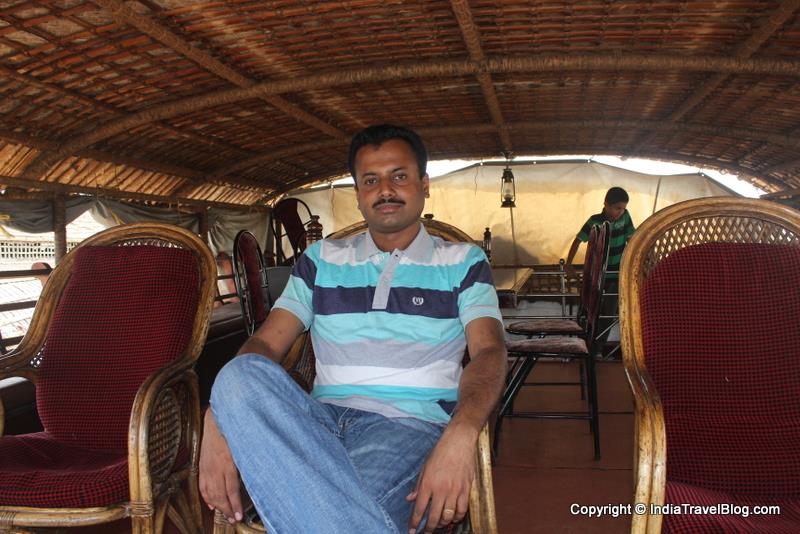 After about 2 hours of cruise, they parked the boat for lunch. We had already given our choice of menu. The chef made mouth-watering fish fries, chicken masala and Kerala style lunch with rice, chappathi, vegetable dishes, chicken curry and so on. It was served in the deck by about 1:30. 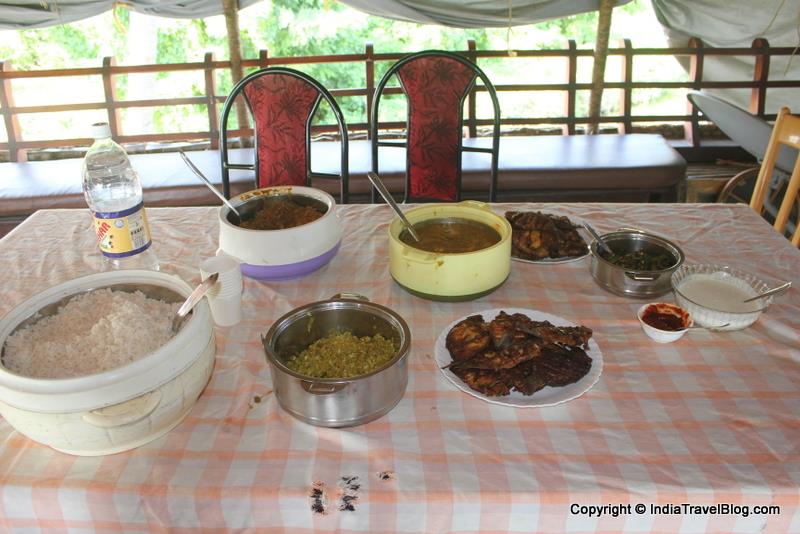 All of us enjoyed the lunch in the ambiance of the backwaters and cool breeze, which was one of the best part of the cruise for many of us! After lunch, some of took a short walk on the land were our boat was parked. My son even played a bit pulling the rope which was used to tie the boat to the tree. He was excited to pull such a big houseboat all alone by pulling the rope. The wind made some of go lousy and some of us went for a quick nap in the boat. 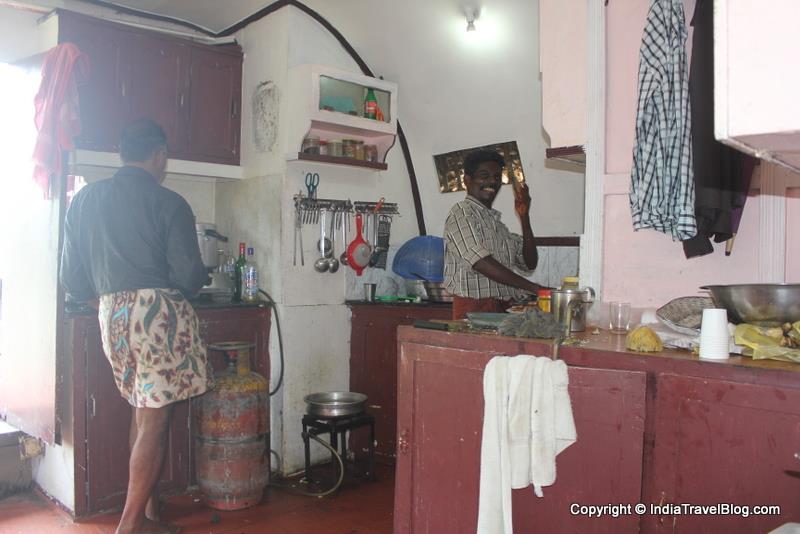 Houseboat day cruise in Alappuzha - an unforgettable experience of a lifetime

After lunch and a short break, we continued the cruise. The breeze was slowly turning into pretty heavy wind occasionally. Sometimes the wind goes so strong as if it could pull us from the boat. We were warned not to stand on the edges when the wind is strong. The ladies in our group were singing songs and having a lot of loud talk as if they are all meeting after several years! The men were busy in the upper deck with their bottles and snacks.

The beauty of Alappuzha and Kuttanad was truely amazing and it has to be watched from a houseboat to enjoy it to its best. Kumarakom is also a beautiful place for houseboat cruises. People who hate crowd would probably prefer Kumarakom since there are far less number of house boats there. You can read one of my houseboat experience in Kumarakom. 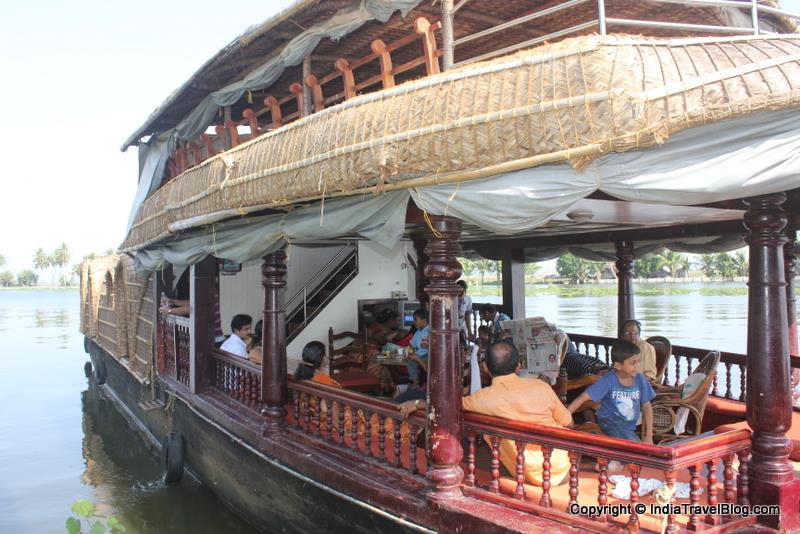 After the lunch, we became lousy and every one went on a resting mood with news papers or a quick nap

One of the major challenges was to take care of the kids. The houseboats don't have any safety measures to protect kids from falling into the water when standing on the open area of the boat and in the edges of the seats. While parents were having a wonderful time, occasionally the kids were going out of control. The crew warned us a couple of times about the safety of the kids and finally, the adults started taking turns to take care of the kids while the rest of the group were busy in their own world.

We had our old grand parents with us and they were the happiest among us. It's probably one of the best trips they ever had in their life since they had all their children and grand children around them, talking to them and taking care of their every need. They occupied the comfortable sofa and enjoyed the entire journey together. 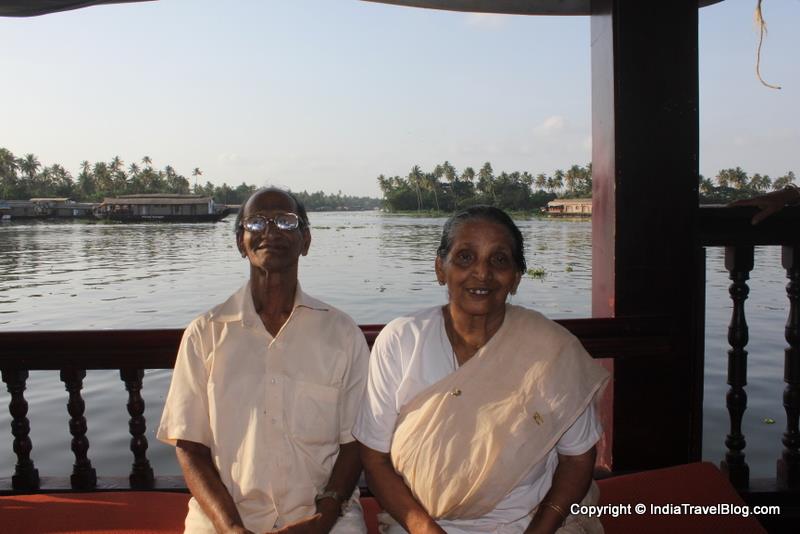 For our old grand parents, it was probably one of the happiest days in their life with all their children and grand parents around them all day.

Toddy shops in the houseboat cruise route in Alappuzha

One thing that we missed in our trip was tasting the local toddy from Alappuzha. When we booked our cruise, we had specifically asked if they could stop the boat at some toddy shops serving fresh toddy and they had agreed. However, the staff missed the toddy shop and some of our people were really upset. The staff promised they will stop while returning but they didn't stop then as well. And by that time, we had lost interest in that. I have read many other reviews that says they got very tasty and fresh toddy in the houseboats. I am not sure if that is legal to drink toddy in the houseboats and if they are really pure or not.

All good things have to come to an end

Our cruise through several beautiful canals and backwaters of Alappuzha was coming to an end. The captain announced we are returning through a different route and asked us to enjoy the last hour of the cruise. By that time, the wind had almost stopped and he allowed us to drive the boat. Most of us took turns and spent a few minutes each driving the boat or acting like driving in front of the camera. 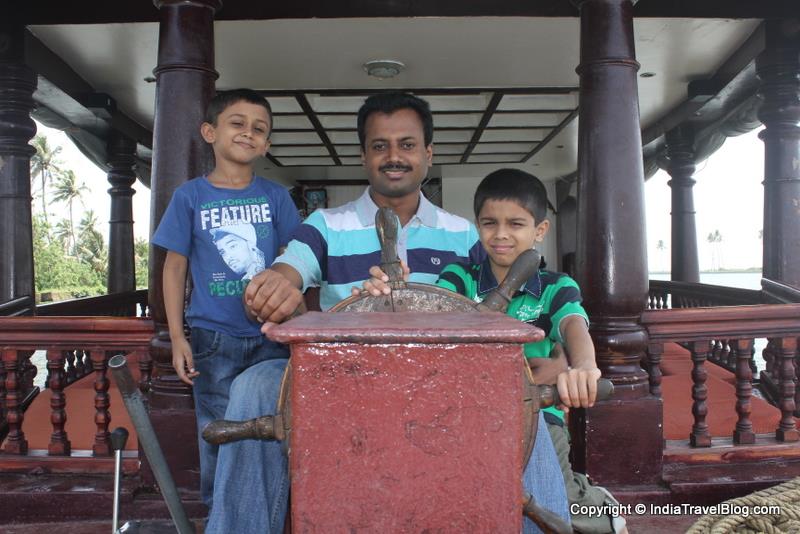 They served hot tea with banana fries, which is the typical evening snack of Kerala. May be because we were all tired, the tea tasted excellent and my wife even asked them which tea powder they used.

By 5pm, the houseboat reached the boat terminal but everyone wanted to stay back in the boat. After taking a couple of pictures, we exited the boat. The boat staff were waiting with some smiles and we knew what it meant. Offered Rs 200 as tips to the captain and he looked like he was expecting more.

A monsoon houseboat experience in Kumarakom by Kerala Houseboat Retreat

During my recent holidays in Kumarakom, I enjoyed a house boat trip with Kerala Houseboat Retreat. Read this review to learn how we enjoyed the day trip in a houseboat in Kumarakom in the peak of monsoon.

Alappuzha or Kumarakom - which is best option for houseboat cruises

Kumarakom and Alappuzha are famous for house boat cruises. Both places have its own advantages. Let's compare and see whether Alappuzha or Kumarakom is better for houseboat cruising.

A really great article about houseboat cruise experience in Alappuzha. Some of the best travel stories I heard so far. For our upcoming Kerala trip, definitely, we will spend some days in Alappuzha.