About planning Victoria Memorial in Kolkata


The idea and the plan for Vicotria memorial hall was conceived by Lord Curzon, to build a stupendous memorial for Queen Victoria. Kolkata was then the capital of British India and an ideal choice for the memorial. raising the needed money from the benevolent princes and the people of India he made the construction possible. Edward the Prince of Wales laid the foundation on 4th January, 1906 and the Memorial was opened to Public by the Duke of Windsor on 21st December, 1921. 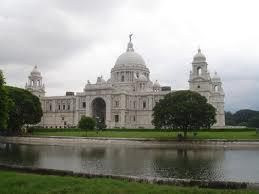 Design and the construction of Victoria Memorial Hall in Kolkata

Victoria Memorial, which is about 184 feet tall, has been built in an area of 64 acres in the heart of the city of Kolkata. This Memorial has been designed by sir William Emerson who was the President of the British Institute of Architects. The architecture of the Victoria memorial hall is similar to the Belfast City Hall. Sir William Emerson had used Indo Sarcenic style of Architecture incorporating some mughal elements also to make the hall look attractive.

Inside the Victoria Memorial Hall 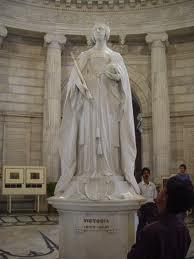 You can see miniature paintings and images of Queen Mary King George V and Queen Victoria. You can also see about 3500 articles associated with the everlasting memory of Queen Victoria in the inside rooms of the Victoria Memorial.

While going through them you will get an idea of how Queen Victoria lived, the way the Queen dressed as well as the numerous artillery weapons used in the Battle of Plassey and the famous Rosewood piano the Whispering Gallery in the dome. of the Memorial. 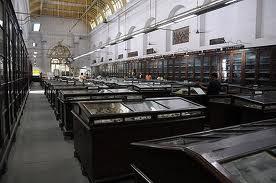 Not only the Royal gallery you are also asked to visit Kolkata Gallery for more insight in to the historical legacy of Kolkata right from Job Charnock's discovery of Kolkata till the year 1911 when the capital of India was relocated to Delhi.

Other than these you can also see the Ivory chair of Warren Hastings, medals awarded to Prince Dwarkanath Tagore by Queen Victoria, Nawab's throne and the pistols used by Warren Hastings in actual warfare and many more interesting bits and pieces of news and the items displayed there.

Garden at the Victoria Memorial hall

There is a landscaped garden at Victoria memorial Hall, the well known tourist destination of Kolkata. This beautiful garden is a must see in the city of Kolkata.