Mangalore is a bustling coastal city situated in the southern west coast of Karnataka state. The city is well known for it's cosmopolitan nature as well as for being the educational hub. It is also a historically important city. The city is locally known as Kudla or Kodiyal by respective Tulu or Byari speakers. This city is also the main centre of the Tulunad region. 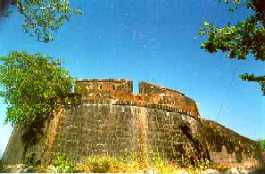 Batheri means fort, this is situated at a distance of 6 km from Mangalore and this place is called as Boloor, and this fort is said to be built by Tippu Sultan in black stones, and this has been built with an idea to prevent warships to enter the river Gurpur, though most of the fort has already destroyed, the remaining part is called as Tippu's well, today it looks to be a deserted place, but one will wonder the quality of construction materials used in that time when look at the remaining part. Now it is used as watchtower, but one will felt and gets the impression as of a miniature fortress through its arrangements, as the mounting cannons around. 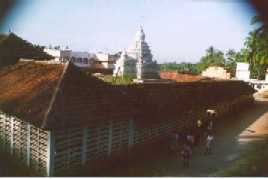 The place where this temple is situated 'Kadri' is an ancient and an historic place in Mangalore. This temple is said to be built in 1068 A.D., with the help of nine tanks, and the temple is square in structure, which is at foot nestling at the highest peak of the hill, and this phenomenon is attracting hundreds of visitors to Mangalore and along with the visitors used to attend the Lokeswara bronze statue at the Kadri Manjunatha temple, and this statue of bronze material is said to be the best statue of its kind in the country.

On the topside of the hill a mutt is found which was built by King Kundavarma Bupendra, later it is called as 'Jogi Mutt', and one will find two stone caves on the top of the hill which are known to be the caves where 'Pandavas' were lived.

This temple is situated at an distance of 4 km from Nehru maidan bus stand, this temple consisting of Lord Manjunathaswamy and ancient history says this is oldest temple among all other temples in southern part of India, the seven sacred ponds, Jogi Mutt and Pandava caves are the main attraction for pilgrims who used to attend special poojas here. 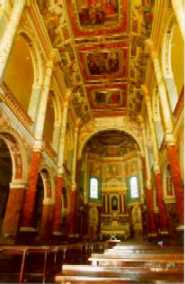 This famous architectural church is 1 km away from bus stand near Nehru maidan, the walls of this church are covered with some delectable paintings which covered walls and this paintings said to be in the tradition of the famous Antony Moshaini of Italy, this church is said to be built in the year 1899-1900. 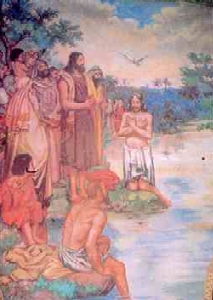 One will find a light house near to this church, there is an architectural gem called St. Aloysius College Chapel which compared to Sistine Chapel in Rome, the awesome beauty of the chapel is it is having the wonderful series of astonishing paintings which virtually covered every inch of the interior roofs and also walls which was executed by Bro. Moscheni, who was trained in Italy. 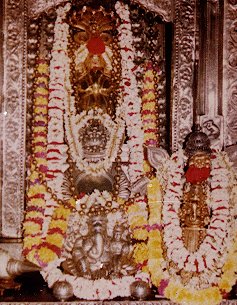 The coastal city of Mangalore boasts of having enormous temples and hence it is called as the best pilgrim center, one will find many sacred temples which includes, Sharavu, Mangaladevi, Kadri, Kudroli to name a few, and among these Sri Sharavu Sharabeshwara Mahaganapathy Kshethra is an pious center and outstanding, and this place has an illustrious history as back as 800 years.

To reach this temple is very easy as it is situated in the heart of the city, it is walking distance from a place called Hampanakatta, and even can be reached comfortably through autos.

This structure is just 1 km away from the bus stand, and one can witness the beauty of the sea, sunset and it is a feast to look at the sailing ships and boats, to attract more people the garden situated here and its surroundings has been renovated to look it more beautiful.


This god is deity of the city, hence the Mangalore has been named after this deity, this temple is situated at a distance of 3 km from main city bus stand. Mangaladevi Temple is said to be built by Ballal dynasty of Attavar in memory of his princess.

The devotees of this temple is still believe that the worship of this god Mangaladevi, will bring them prosperity and all kinds of happiness.

This park is situated at an distance of 5 km from main city bus stand. Animal and snake zoo, toy train and beautiful surround garden are the main attraction for the tourists.