Deep inside the Sanjay Gandhi National Park is the highest peak called the Kanheri caves in Mumbai which comprises of ancient Buddhist caves. It is maintained by Archaeological Survey of India. The caves experience heavy footfall of the locals and also foreign tourists, especially on weekends. Do you want to know why? Read this article to know more about this place and understand why it is one of the most famous attractions in Mumbai. 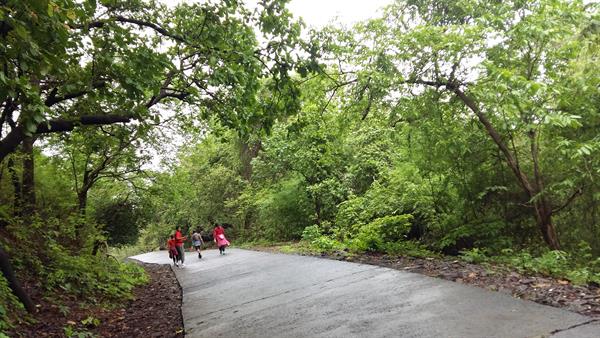 Kanheri Caves is located on the western outskirts of Mumbai, the capital of Maharashtra and on the island of Salsette). In the western direction is Borivli railway station and across the creek is the Arabian Sea. The caves are in the forests of the Sanjay Gandhi National Park- SGNP and at a distance of 6 km from the main gate and 7 km from Borivali Station. The caves are reachable from all parts of Mumbai through the Western Express Highway at the SGNP entrance. 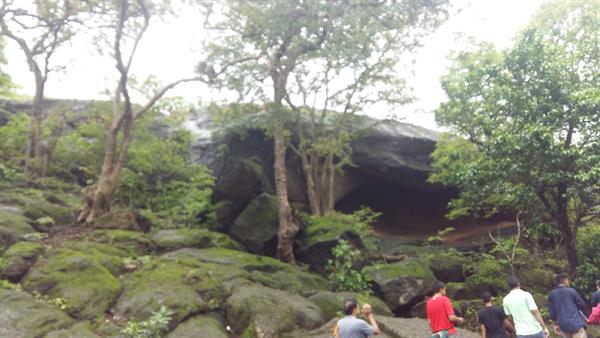 How to reach Kanheri


The Caves are easily reachable from Western suburbs of Mumbai. You can get off at Borivli Railway station and take a bus to the end point. The BEST buses have a good frequency. Or take an auto rickshaw to SGNP and then trek to the caves. Alternatively you can go by your own vehicle: two wheeler or four wheeler to the Caves. There is ample parking space at the caves base. From the base you need to climb stone steps to visit the various caves. Entry fees need to be paid at SGNP and the Kanheri Caves entrance. 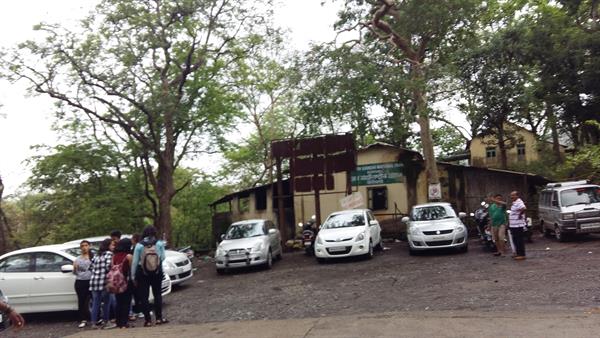 Tourists can enter SGNP between 7:30 am to 5 pm while the park is open for pass holders from 6.30 pm onwards. The Kanheri caves can be visited between 9 am to 12.30 pm and 2 pm to 5.30 pm. You need to purchase tickets at the SGNP entrance for per persons and for vehicle and at the Caves entrance for per persons. The tickets at both entrances are reasonably priced. If you are a photography freak, then cameras are charged extra. 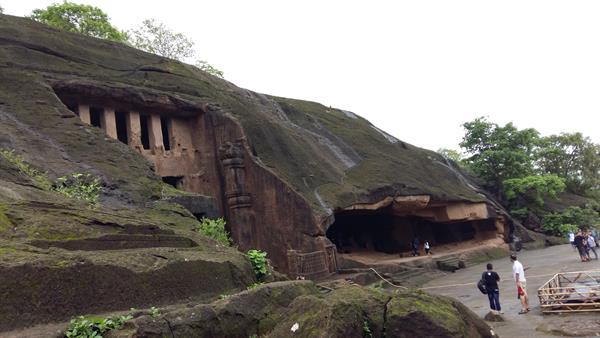 
The caves can be visited all through the year. However, rains are the best time, if you are comfortable getting wet. The caves look more beautiful a few weeks after the first heavy showers. If you happen to visit the caves in the summers, then the early morning is preferable. You will not get the heat and will not feel tired. 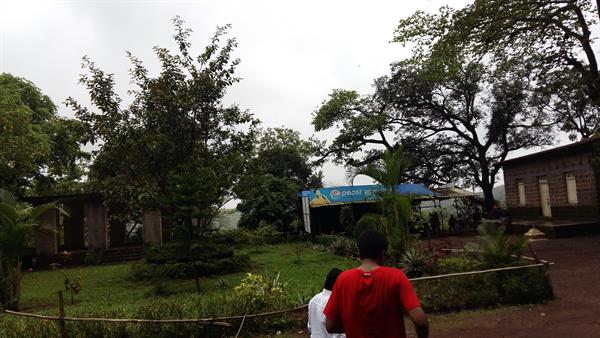 
First, a brief history of the caves, which will be an eye opener for you! The Kanheri caves in Mumbai were constructed in the years Before Christ (BC) to serve as Buddhist centers of education. Did you know that these caves are around 2000 years old? These caves comprises of ancient temple cut from rock, Buddhist shrines, paintings of Buddha in the 209 caves. The word Kanheri was evolved from the word Krishnagiri which means a volcanic rock or a black mountain. 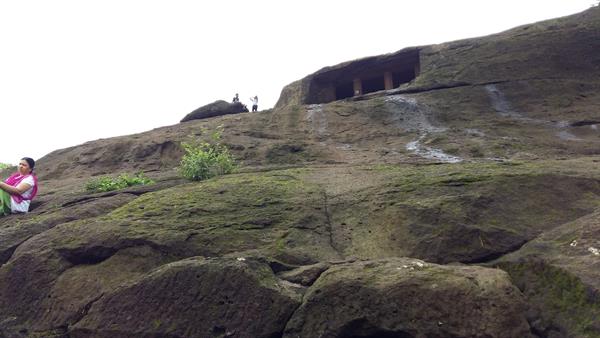 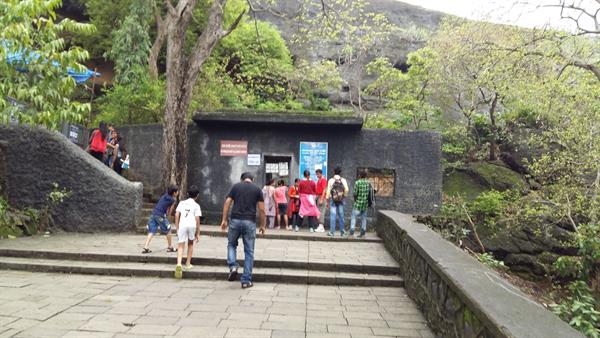 But today these caves, attract people for its historical importance and solitude nature apart from the waterfalls which enhance the beauty of the caves in the rains. 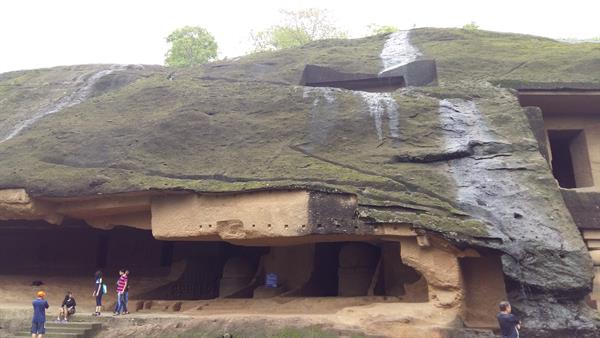 Kanheri caves were chiselled out of a massive basaltic rock which was outcropping from the mountains. A total of 109 caves have been carved from basalt and categorised into:

A small canteen serves tea, coffee, cold drinks, dry snacks and typical Maharashtrian vada pav and missal pav. These two Maharashtrian delicacies are lip smacking. We had both these delicacies today and they were not oily, not spicy and really tasty. Drinking water and rest room facility is available at the base of the caves. BEST buses are periodically available to reach SGNP or Borivli station. There are security personnel near the caves, not many though lest someone needs help. 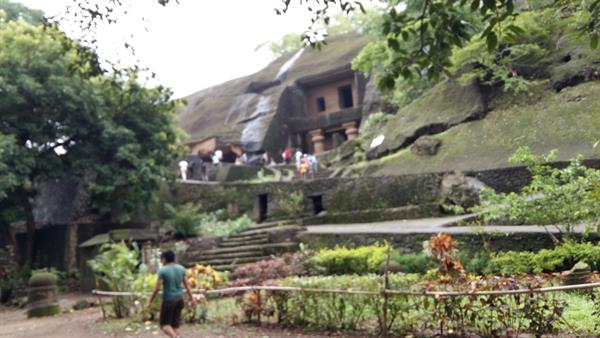 There are ample things to do at these caves including appreciating Buddhist history, trekking, enjoying nature or wetting in the waterfalls as listed below: 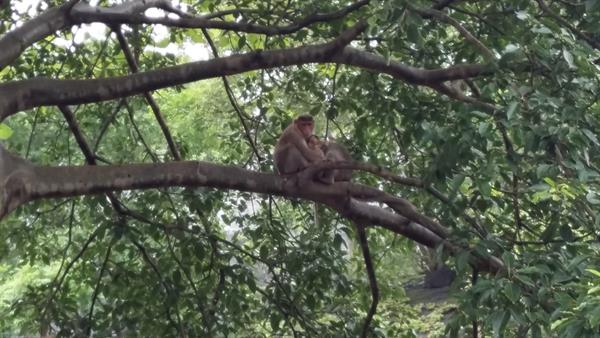 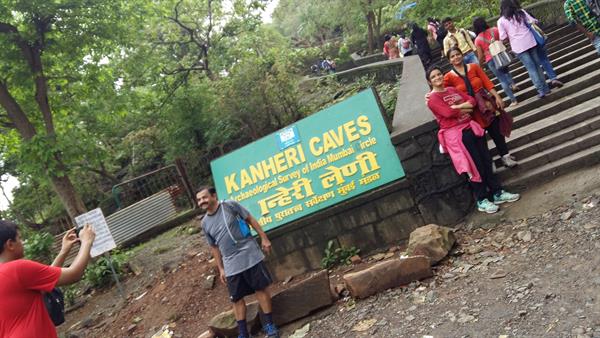 Overall: a one-day picnic to the Kanheri Caves is an awesome experience and if you visit then memories will be etched in your heart forever!

This is the best review that I have read about Kanheri Caves in Mumbai...and with the most accurate information.

Thanks for your valuable information
Ram

I am glad you appreciate it. Do share on social media for the benefit of others.

Hi there, first of all, this blog is huh huh...AMAZING.....!
I had a couple of questions actually.
The first being, whether it is safe enough for taking my girlfriend there along with me and the second is do we have to pay at both the entrances i.e. SGNP and KC?