Kaziranga National Park constitutes of deep vegetation, shallow pools, tall grass and dense forest. There are many number of water bodies present inside the park. Interestingly this park is also listed as an Important Bird Area by the Birdlife International, as it helps in conservation of various avifaunal species. Luckily this area is yet to be encroached by humans.

This park vastly has the third largest population of one horned rhinos. Other than rhinos the various animals found abundantly in this park include the tigers, panthers, barking deer, sambar, langurs, bears, pygmy hog and many such more.

The history of Kaziranga National Park goes back in the year 1904, when the wife of then Viceroy of India, Lord Curzon had visited this place and had failed to notice even a single rhino. She had insisted her husband to take immediate measures and protect the species urgently. Thus was born the proposed reserve area of Kaziranga.

Though earlier it was more of a game sanctuary, due to heavy poaching the sanctuary was renamed as Kaziranga Wildlife Sanctuary and later a designated national park. 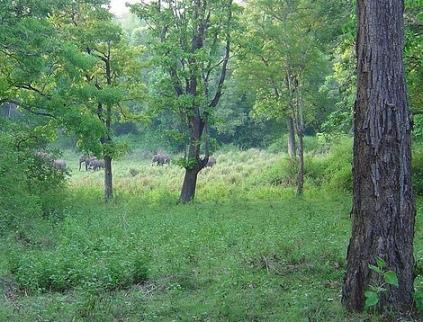 Kaziranga National Park is famous for being the home to the one – horned Indian Rhinos. But apart from that there is varied wildlife found abundantly in this Park. A dense forest of dense vegetation, Kaziranga National Park forms an ideal retreat for nature lovers given the adventure sports options it provides. The total area of this park is approximately 430 square kilometers. It is spread out all along the northern sides of Brahmaputra River and to the southern sides of Karbi Anglong Hills. The park overall enjoys a mild yet pleasant climate. Summers are hot with a temperature rising up to maximum 35 degrees Celsius and falling up to 5 degrees Celsius in winters. Due to heavy rainfalls, the half area of the park is submerged which results in migration of animals to elevated regions.

Kaziranga National Park lies in the Golaghat district of Assam. This park also lies partly in the Nagaon district in Assam. 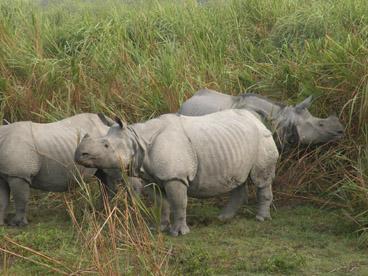 The best time to visit the Kaziranga National Park is from November up to April. It is not at all advisable to visit this place in monsoons, as there are great chances of floods as an account of heavy rainfalls and overflowing of Brahmaputra River. Such flooding also results in change of locations in animals and other significant losses making this area completely unsafe to travel.

How to reach Kaziranga National Park 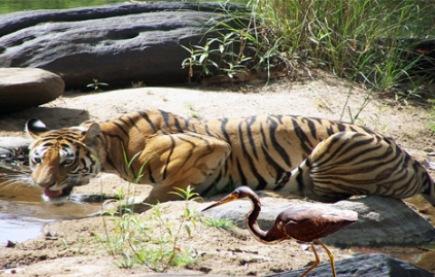 What to see in Kaziranga National Park

Endangered birds: Various endangered and rare species are found in Kaziranga which makes it a bird watchers paradise and also gets listed as the Important Bird Area by the Birdlife International. Few of the varied species include Indian vulture, Bengal Florican, Wreathed hornbill, Finn's weavers, Baya Weaver, Black – breasted parrot bill and many more.

Dolphins – The rivers in Kaziranga are also a home to one of the most endangered species the Ganges Dolphin.