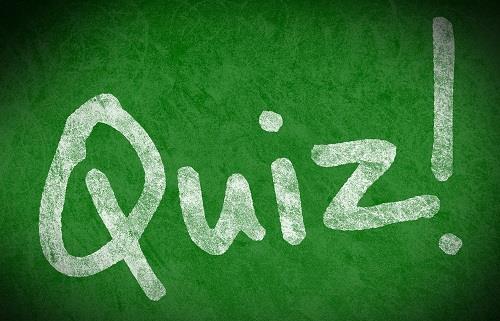 We did it, I am delighted of my team members, it's the memory I shall never forget, what happened that night was extraordinary from my team mates. India is the champion of International Sports Quiz 2016. This is my last huge tournament because I shall only play quiz till 2019; So Thanks to my team mates and Thanks for everyone's support that night against Brazil in Tie breaker, I understood what home crowd meant and How it exuberate pressure.

The time I did come to know about it around end of 2015 after we won at Helsinki in November 2015, I did really get excited that At least such huge tournament is going to be hosted in India. But I felt responsibilities as Indian Quiz captain that there might be pressure from team mates for it's victory, even Indeed, the Vice Captain Nandy Amolkar did come to discuss the chances at early January and thus we tried to prepare later on in free time apart from my presence in Social media.

As the tournament like International Sports Quiz once in a 4 year chance it started to take action in India, between 4th to 11 July, I started to realise my chances that At least this time India can win it in it's home hosting itself. However there were chances in this one whole week tournament that we might not win, when we were facing challenges; However we did pull spectacular wins as the rounds progressed and then defeated in a night knock out match Venezuela, which was Specialist in this tournament.

Once we did that we had tie with Japan in semi finals, thus we went into the tie breaker round of Semi finals and defeated them; Then finally on 11th of July, 2016 We faced Brazil in Finals We first faced their speed and accuracy but were able to dodge. Again the final went into the tie breaker and there we are now, winning it after 8 years, May be 1st time in our Home soil defeating Brazil by 4 round to 3, which is going to make me remember this moment for very long.

However Chayanika Pandey did receive Player for the match in the Finals with 4 times in this tournament she did so, as well as Vice captain Nandy Amolkar receive player of the tournament; Darin Scott from Scotland received fastest spot analyst; However Jayson Moccasin from Venezuela was awarded the accurate round badge awards. There was so much more in name of awards; I myself received Indian Quiz representative award and Samsun Quizzer for the nation award; However my other team mate Shilpa Aggrawal received Open challenge trophy for regular activity in response to the opposite question fire All in all this tournament was an amazing one, which I shall remember for long.

In my word for Thanking to the Indian government I believed that they did a great job to support and organise such a great tournament. I would like to thank everyone who supported to us for this tournament, whether at side trusting and other side wondering whether such exist or not. However in word to all, I hope that they did enjoy regular updates if they couldn't watch the tournament. Thanks to B B C world for podcasting the tournament.

I also thank everyone from Indian Quiz staff, my team; coach, commercials staff and everybody, Thanks to everyone WE hope to continue our quizzing better and better in coming days. I hope that we will keep the generosity of Quiz we had habited from our past and it shall continue for future. Thank you everyone, you all have great contribution through your blessings, words and appreciation, I can't say how happy everyone was at that moment in the Team. However every one of us is back on our homes, but this tournament was a memorable and we are very lucky to be the part of it.

In this article, I have given some information about one of the famous Tourist Places of Karnataka State, namely Hampi.

A Trip to Hampi: Believe the Hype

This article discusses some of the most famous tourist spots in Hampi and will help readers planning a trip to this well-known tourist destination in India.

My trip to Badami and Hampi - A travel experience

Check out this travel blog to learn about my travel experience to Badami and Hampi.