We started to move from Bangalore to Bandipur at midnight by cab, we passed Mysore and Nanjangod route to Bandipur. The distance from Bandipur to Bangalore is 280 km approx. We had been moving by cab as earlier planned with friends to reach the Bandipur, Masinagudi and Mudumalai forests. We had taken few breaks on the way to enjoy Supper and Coffee Day sip and bites. The climate was chill at that time and no rain too that helps to drive fast as we expected to reach the Bandipur on time or at least early in the morning to see the nice picturesque, nature's blessing and other forest enjoyment.

Bangalore to Bandipur and Mudumalai forests

We crossed Mysore within two hours despite taking some long break on the way and later crossed the Nanjangod to reach the tourist spot. There was a long queue upon moving toward a small hill which a big lorry / truck stuck to take a turn to go ahead on that road that causes other cabs difficulty for a while. However, the view was superb around the hill with nature's role. 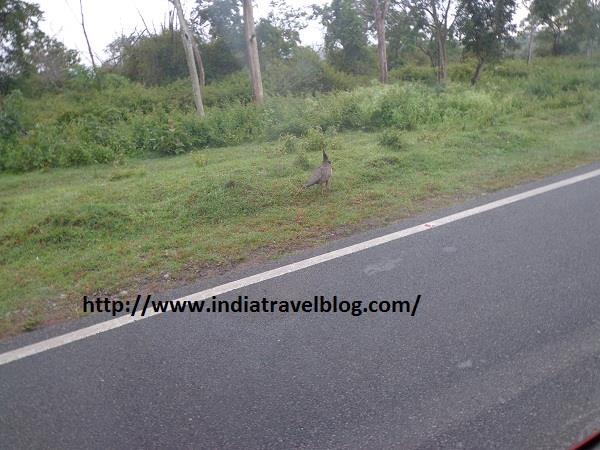 We crossed some of the Tiger Reserve areas before reaching Bandipur and the view was simply super, cloudy, rich atmosphere, lush greenery and felt like we were in any other foreign country or Europe one. As planned, we reached the Bandipur without any struggle that too within three hours. The driving was one of my friends who drove cab perfectly to reach on-time. The rest of friends too didn't sleep as that was the enjoying traveling moment for sure. All were planned to sleep and relax in the resort after 10am to enjoy the evening and whole night with food and fire camp in the resort.

We booked the Tiger Ranch Resort in Bandipur and we didn't go over there since our check-in time was around 10am but we reached Bandipur around 6am, so, we had changed the plan to go directly to Masinagudi and Mudumalai forests to spend around rest of the four hours then coming back to our resort. As agreed, we had been to Masinagudi and Mudumalai which is located in trio states border (Karnataka, Kerala, and Tamilnadu). These forests are widespread of around 700kms and there are many Tigers, Leopards, Elephants, Bison, Bear, Peacock, Indian Civet and thousands of Deer etc. lives naturally. Those forests have Government authority too to take care of it. Bandipur forest department arranges 'Safari' trip too. 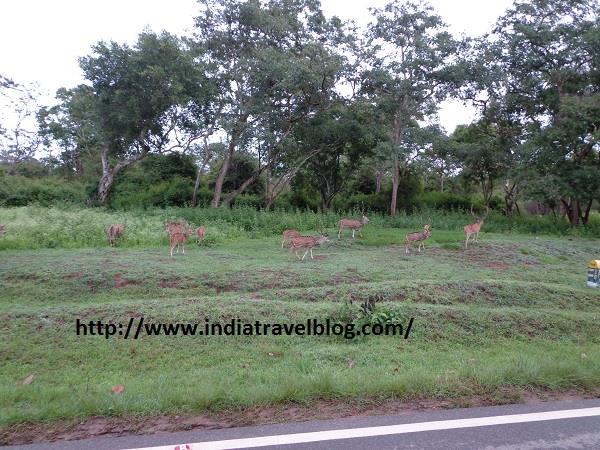 Whatsoever, one has to go that place in the morning until early evening only or else forest authority will place on hold your cab to pass the night. Also, if they find someone who roams inside the forest area or that route at night time for any reason they then would penalize you for sure and they might move toward lawsuit too. So, if you are even in the hotel or resorts then don't move here and there at late evening or night time, it is not the only risk of dangerous animal possible attack but authority too can penalize you, and your whole trip would be spoiled for sure.

We got down in Masinagudi, a small town and that looks like a small village in the forest. Bandipur to Masinagudi distance is 30kms approx. No danger in that place as the human crowd is normal over there and residents are many over there. There are shops, small hotels, other grocery stores and mini-market available. In addition to this, you may find many people who would call you for an off-road trip either toward Mudumalai forest or Bandipur forest. You can negotiate with them if you would like to go with their cab for a visit. Also, there is a Police station in Masinagudi as well and nothing to worry for anything while traveling around.

How to reach Mudumalai forests

We then moved to Mudumalai, Masinagudi to Mudumalai forest is 35kms approx. a forest that is more risky animal filled in and that road also goes toward Tamilnadu and Kerala borders. One has to move toward this route to reach Ooty in Tamilnadu state and few small villages in Kerala state. 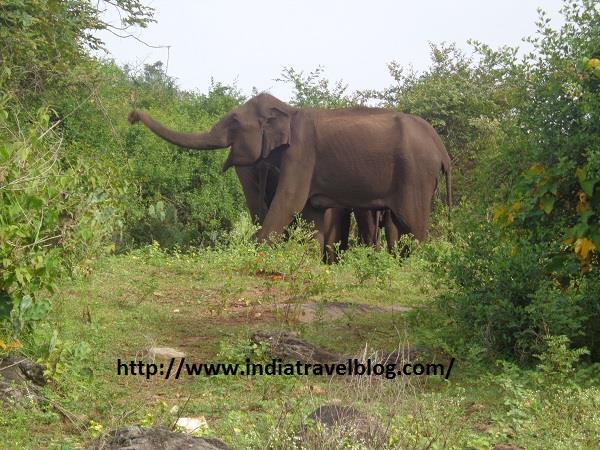 We just got to see few Elephants herd that was above fifty meters distance and without any disturbance to each other. We also got to see many Deer's which is normal over there and it's not only in that area but you can see them in the Bandipur entrance itself. As per authority, there are around forty thousand Deer existences approx. There are hundred plus Tigers, hundred plus Leopards and few hundred Elephants around over there.

We took a long ride in Mudumalai forest and that is one way too. The area is filled up with bushes and small trees which are helpful for the dangerous animal to live and hide. There are couples of channels that helps danger and endanger animals to roam around. It is better for cab people to be inside the cab for safety measure and not to get down for any reason. Any animal can see us without traveler seeing them and attack at any time.

We got to see few Elephants, Peacocks, Bison, Deer only but hard to find Tiger, Leopard, and Bear etc. except their roar from a long distance once in a while. The natural and pollution less air or oxygen helps us to take a fresh breath and keep us fresh as well. After few hours spent over there, we moved back to our resort at Bandipur. 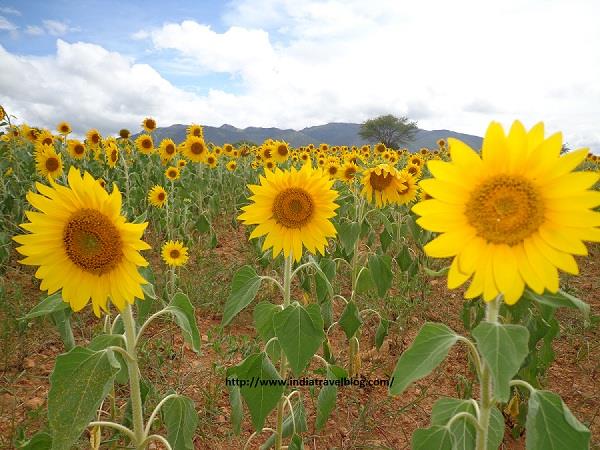 We got to see many Deer and Bison again on the way back to Bandipur. Also, do not carry any alcohol items with you in these borders since the authority is checking the cab for it on tax purpose then you may lead to disappointment. Yes, other than these, once we reached the booked Bandipur resort we found some strange things that I will write in another post at Indian Travel Blog. Till then stay tuned.

Thank you sharing valuable information on how to reach Bangalore to Bandipur and Mudumalai forests.
Its help for planning the trip for others.

Bandipur is the best place in India to watch wild animals in close proximity. I have been to this place 2 times and loved the ambiance in the thick forests. If you are going to Bandipur, plan to stay there at least 2 nights in the forests so that you can enjoy the wildlife to its best. There are not many hotels, so make your travel plans accordingly.