India is the cultural country, there several royals are born. They have built a lot of number imposing forts and palaces where they lived with your family. The forts and palace give us an opportunity to explore the rich and authentic culture, tradition, lifestyle and architectural magnificence of royals that represents the amazing historic past of Incredible India.

The golden triangle tour are one of the top and the preferred travel circuit in northern India that comprising three historical cities - Delhi, Agra and Jaipur that will offer you a golden opportunity to see India's rich history by visiting its forts and palaces. These 3 cities are well-known tourist circuit of golden triangle tour packages India and visited by quite a few domestic and foreign travelers yearly.

Forts and Palaces that see with visiting the Golden Triangle 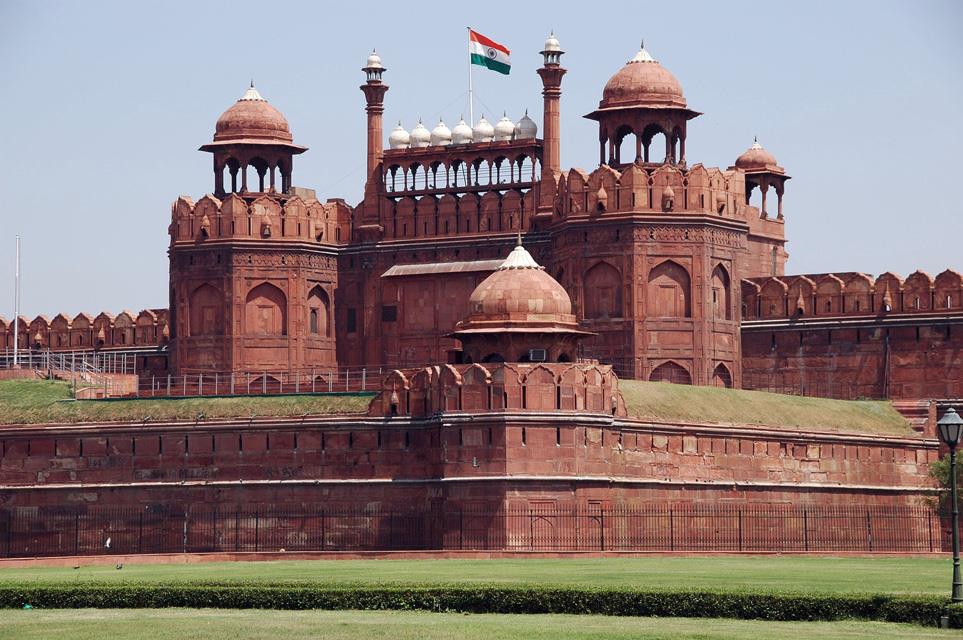 One of the destinations in golden triangle tour packages is Red Fort, also known as the Lal Quila, was the residence of the Mughal emperor and represents the splendid example of Mughal architecture. Spread over an 2 km's in the Delhi city and built on the banks of holy river Yamuna. The fort looks about 200 years old. Adorned with precious stones of every hue. The walls once glistened that today awe-inspired you. The fort also houses a number of museums. 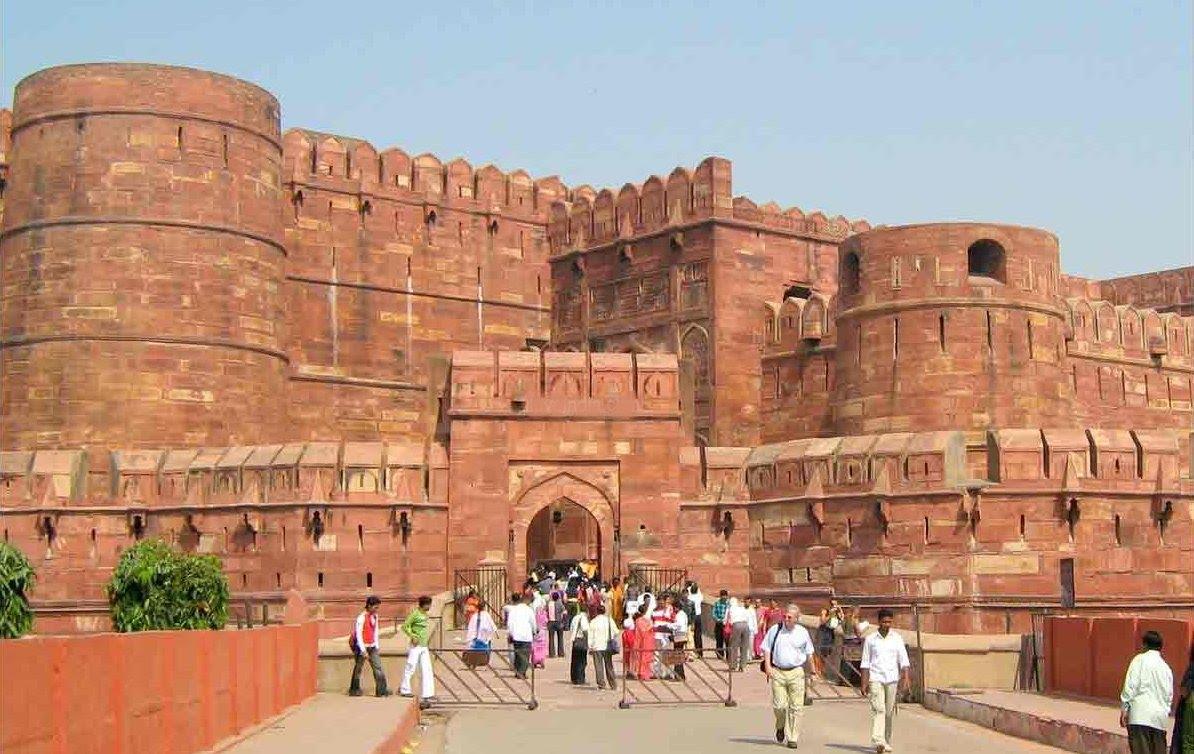 The prior royal residence of the Mughal Dynasty, Agra Fort, the UNESCO World Heritage Site, is located about 2.5 km northwest of the most renowned monument, the Taj Mahal, the symbol of love. In the fort the Shah Jahan's ruthless son Aurangzeb was captive her father.By this fort, Shah Jahan inspired to build the Taj Mahal. The huge complex has been included several palaces, mosques, and halls such as Moti Masjid, Nagina Masjid, Khas Mahal. Jahangir Palace, Sheesh Mahal, and Diwan-I-Aam and Diwan-I-Khas two public and private audience hall. 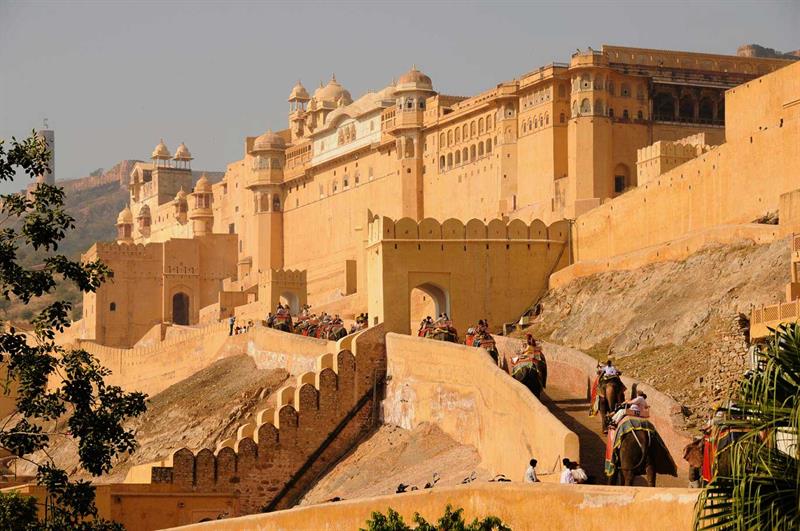 Another major attraction in the golden triangle is Amber Fort, located 11 kilometers from Jaipur City, was constructed in 1592 A.D. by Maharaja Man Singh. The fort is decorated with mirror-work and royal paintings that add a charm of the structure. Walk up the fort to the stairs, but you want to feel like a royalty, so take an elephant ride to climbing the fort. From atop this magnificent fort, you could see the breathtaking view of the hills and surrounding area. The Maota Lake, Sheesh Mahal, Kathputli dance all are the best attraction to see here. Over the Amber Fort, has a magnificent Jaigarh Fort where you will be seen the largest cannon of the world, Jaivana. 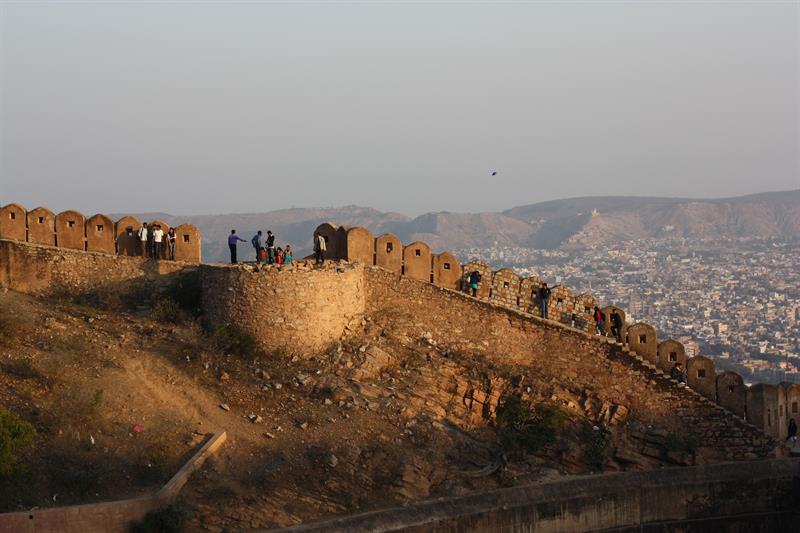 Another splendid fort of Jaipur city is known as the summer place. The Fort stands on the edge of the Aravalli Hills, that offers the whole view of the Pink City. The view of the Pink city atop the fort is offering the unbelievable experience of a life. The fort was really named Sudarshan Garh Fort but later it renamed as the Nahargarh which means 'abode of tigers'. These also included in the golden triangle tour packages.

These all fort represents the great wonder of the rulers of India and all must have to visit the
golden triangle tour packages india if you get a chance.