Rajasthan – the majestic land of Maharajas is known for its glorious history, colorful culture, and diversified specialty. So if you also intend to plan a tour to a vibrant, adventure-packed and mesmerizing state in India, then it has to be Rajasthan!

Also known as the 'Land of Kings,' every region within this state reflects the chivalry and heritage culture of ancient majesties and their royalties. The magic of Rajasthan is endless – from lush and dense forests to captivating sand dunes, adventurous rides to romantic hangouts, heritage culture to modern zeal – all this makes it a destination nonpareil. For most of the travelers, this place is not just another tour to relax and rejoice, but an 'Open Air Museum' that showcases the well-preserved relics delighting even most incredulous tourists. Tourists who love being outside can enjoy a spectacular time here as it caters them with exciting horse rides, camel rides, elephant rides, jeep safaris through the mountains of Aravali range.

You can relax watching the striking beauty of ancient haveli and forts or can have an incredible time during tiger trail. If you are traveling to Rajasthan, then you just need to know that it is the only state in India that can let you pamper yourself within the generosity and extravagance of Indian royal culture.

Rajasthan – An Incredible Destination in India
Rajasthan is considered as one of the finest tourist attractions and place for family adventure holidays in India as it is a house to some of the most splendid and destinations that glorify the majestic culture and ancient history. The best destinations that the state has to offer you are –

Jaipur
It is an appealing capital city and the major business center of the state. The old age charm combined with modern zeal makes it an absolutely unique place on earth. Also popular as the 'Pink City,' the spectacular ambiance of antiquated fortresses like Amer, Nahargarh, Moti Doongri and Jaigarh are pristine testimonials of the ancient era. These forts also exhibit the romance and elegance of historical period. A visit to this city will make you get familiar with the lifestyle the Royals used to follow.

Jaisalmer
For those who want to dive into the mesmerizing deserts of Rajasthan, Jaisalmer is the perfect place to plan the travel. The city is almost similar to one showcased in Arabian Nights tale and exhibits liveliness and magic of the desert. The famous Jaisalmer Fort that was constructed in the 12th century is the major attraction of the city. Besides this, you will be fascinated with delightful havelis that were planned by wealthy merchants of the region. Jaisalmer even ranks in the list of 'World Heritage Sites' and is also known as the 'Golden City of India' as the clean, yellow sand dunes deliver an effect similar to that of glittering gold. The structural beauty combined with exceptionally brilliant sand-based tinge gives it a marvelous appeal.

Mandawa (Shekhawati Region)
Your tour to Rajasthan will be incomplete if you are not able to cherish the magnificent beauty and ancient glory of Shekhawati Region based in Mandawa. A region is a semi-arid place situated in the northeast area of Rajasthan that comprises a couple of districts like Sikar, Churu, Jhunjhunu, and Nagaur. Mandawa is the major region of this realm and is centrally located to these towns. The art and culture along with excellently constructed havelis make Mandawa a must to visit place in Rajasthan. The painted havelis are enhanced with murals and mirror work depicting various Lords from Hindu religion. These are a true showcase of rich aesthetic culture and are mainly dated from18th century to 20th century. 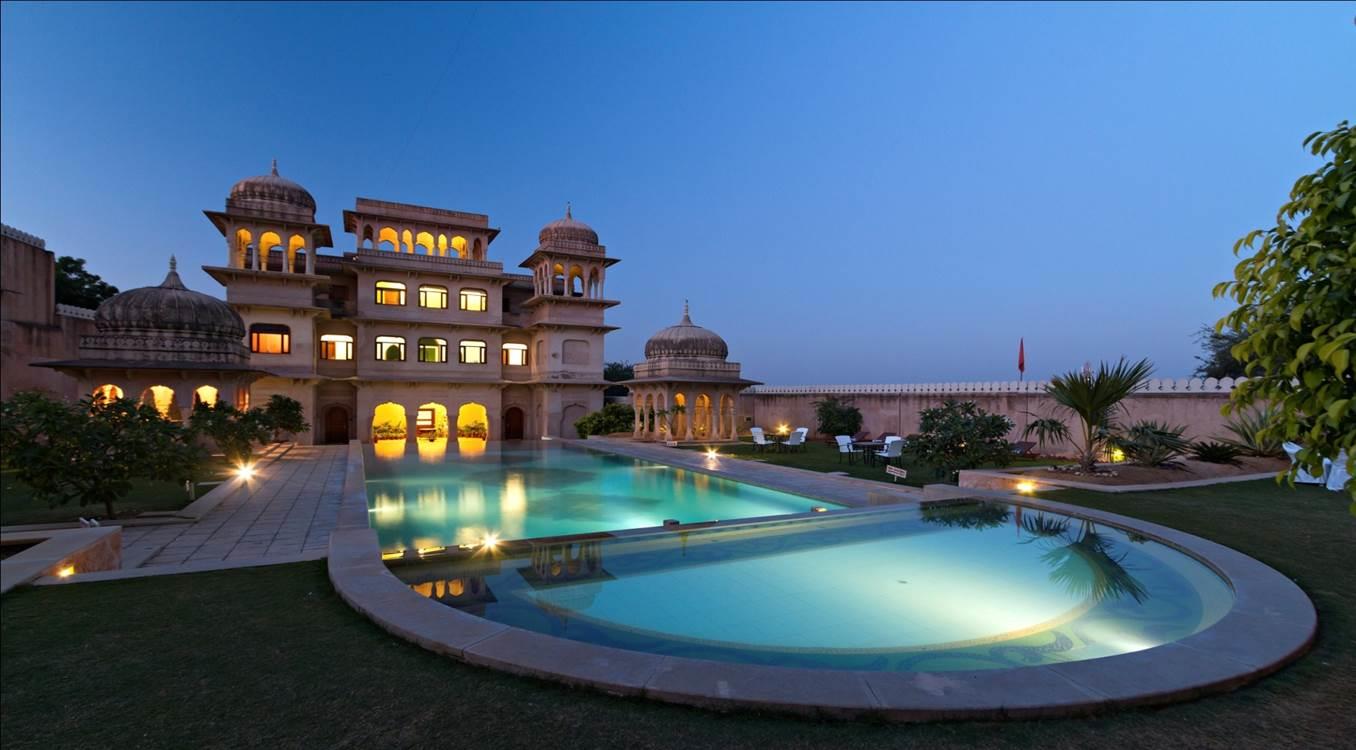 Udaipur
Rajasthan is not known for its desserts but also for its beautiful lakes, and there is no better place to rejoice these water bodies – Udaipur! Famous as the 'City of Lakes,' it is a popular destination on the map of Rajasthan featuring spectacular Lake Palace or Jag Niwas located amidst Pichola lake. This lake is also an incredible demonstration of royalty and architectural illustration. The marvelous City Palace on the banks of this lake alongside another famous spot, the Monsoon Palace adds exquisite zeal to this heavenly region. With brimming architectural work and spellbound beauty, it is one of the most visited placed from tourists across the world.

Mount Abu
The only hill station in the state, Mount Abu is situated in the Aravali Range and exhibits a magnificent glamor of British style cottages and lodges of the royals with distinct tribal groups dwelling in the center of a dense lavish forest of the hills surrounding the region. The hill station is not just a marvel beauty destination but also a house to numerous Hindu temples, comprising Dilwara Temples, Adhar Devi Temple and other intricate temples carved with white marble and was constructed in 11th and 13th centuries A.D.

Ranthambore
Besides being one of the finest national parks in India and a world famous region for tiger, Ranthambore sprawls over an undulating and varying landscape. The overall view of this area transforms significantly from the splendor and soak inclines of Vindhya to the tapered and sharp slopes of the Aravali Range. Tigers are not the only fascination of Ranthambore as it is a house to other interesting wildlife species like a jungle cat, jackal, marsh crocodiles, bears, wild hog, monkey, panther, caracal, jackal, hyena, deer and more other. Additionally, there is also an exquisitely constructed fortress known for the valor and radiance of Hammir Dev from the Chauhan University.

Bharatpur
Finally, your tour to Rajasthan can come to an end at the globally famous bird sanctuary of Bharatpur. Also known as the Eastern gateway of Rajasthan, it is a world famous place for Keoladeo Ghana National park Bird Sanctuary. In addition to this, the place is well known for Siberian crane and was just the habitat of this realm in the world, other than Siberia. Over the years, few of the endangered species are extincting in number.