Kochi Metro is all set to serve the people starting from June. The official inauguration of the Metro rail service is on June 17th. Even though the metro rail services aren't officially started yet, they have been running trail runs since last 2 months. Even though the metro rail tickets aren't officially sold yet, as part of their ticketing system, a lot of people have already got the preview of their tickets. 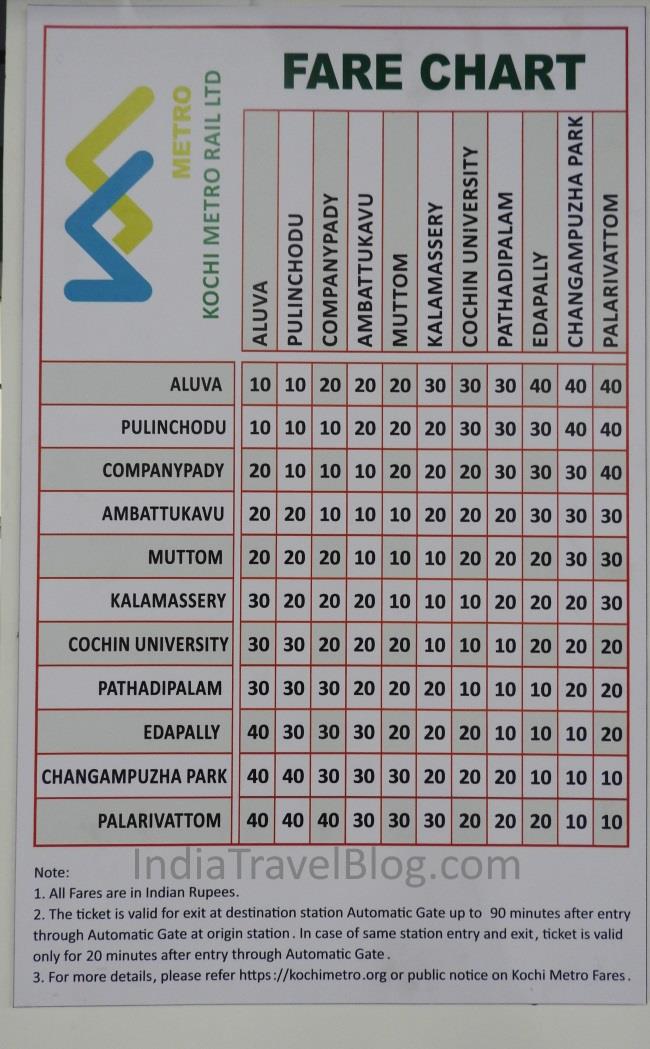 Below are the Kochi Metro ticket rates:

A ticket is valid only for 90 from the time you swipe it for entry into the station. You must exit your destination exit gate within 90minutes from the time of entry. After 90 minutes, the ticket will become invalid and will incur charges.

Also, if you are using the ticket to exit the same station where you entered, then the ticket is valid only for 20 minutes. This is to avoid people using a single ticket to travel to a destination and return without purchasing a return ticket. 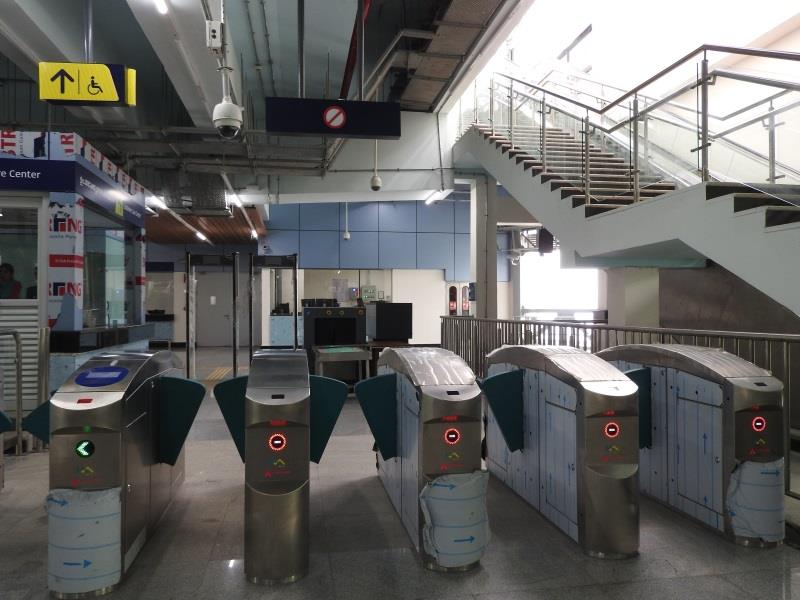 Kochi Metro has introduced different types of tickets. You can purchase a single entry ticket directly from the metro station for each travel. Also, there are group ticket if you are travelling in groups. Group tickets may be purchased from the ticket counter in the stations.

Monthly pass and season tickets: If you are a regular passenger or frequent traveller in Kochi Metro, then you can purchase a smartcard type season ticket. You can avoid the hassles of standing in the line and buying the ticket everytime you enter the station. You will get a credit card sized ticket, which you can use to swipe every time you enter and exit the stations. Each time you use the metro services, ticket charges will be automatically deducted from your card account. The RFID-based smart tickets are contactless cards, which will automatically deduct the charges when the commuters pass through the entry and exit gates. Another advantage of the smartticket is, it can be used in all associated metro feeder services including boats and buses and also in the shops in metro facilities.

In association with Axis Bank, Kochi Metro has come up with a smart card and an Automated Fare Collection System. The bank will launch co-branded debit cards to the metro users, which can be used for buying tickets easily in all metro stations and upcoming metro projects.

Even though you cannot purchase Kochi metro tickets online, you can link your smart ticket with your bank account and prepay the amount online. More details of online smartcard purchases are coming soon.

Are you looking for time table of Kochi Metro trains? Find the timetable and schedule of trains.

We want to know about the student's tickets availability in Kochi metro. My son studying in Bharath matha college Aluva from Palarivattom. If we can get season ticket with students category much better for us.