Recently I have got a chance to visit Kotilingeshwara Temple,a famous temples in karnataka in Kolar district which has the intent to install 1 crore shivlinga there. It was long pending in my bucket list. As my friends were either busy or not interested in visiting a temple I decide to make it a solo trip on my Bike from Bangalore (Electronic city area).

I got up at 5AM in the morning, and left the place by 6. Since it was supposed to be a small half day trip I didn't pack much just a water bottle, my DSLR few fruits( Banana and apples to eat on the way or on the way back).

I started from electronic city at 6AM, head towards Kormangala and then to Bangalore –Thirupathi highway via Indiaranagar. Took a halt right after toll plaza for refreshment and tea as it was a bit cold in the morning. And after a 5 minutes of break pushed off straight to Kolar (city, as I knew the route till city). Road till Kolar is very good and scenic as well. I took a left turn as soon as I entered in the city and followed the road (as suggested by GPS aunty). After riding around 20-25 km from city, before 2-3 km from temple, I saw a giant statue of Lord Hanuman (which was unexpected). It was marvellous and it made my day there itself. Have a look - 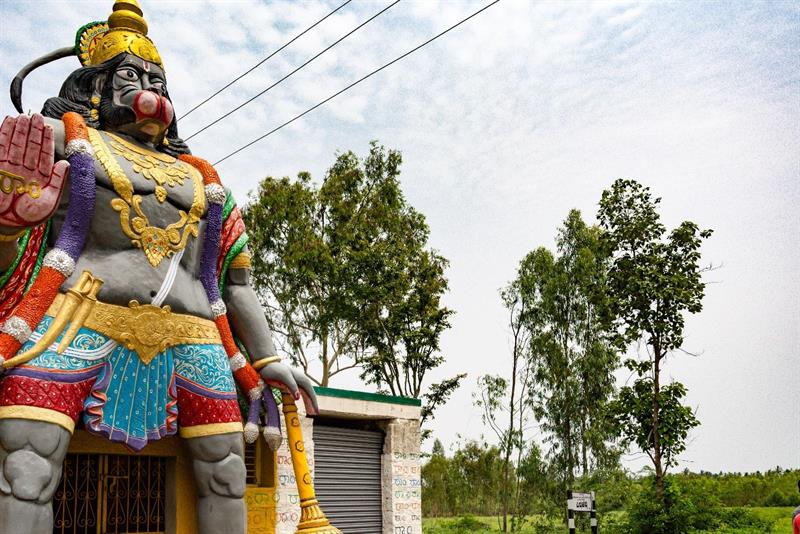 From here after riding 2-3 km more I reached to main temple. Total time taken to reach temple from home was around 3 hours.The Kotilingeshwara temple trip was interesting for me.

There is nice covered parking space for bike and cars. I parked my bike right before the temple (As I saw the parking space after parking my bike). Started walking towards the temple, on the way I get a place where you can leave your shoes and baggage if you want (yes they charge for it, 5rs for shoes and 5rs for the bag). I left my shoes there. Taking camera inside is chargeable and the charge for the camera is 100rs. I went inside.

There are many temples (around 9-10, sorry I didn't count) inside the temple complex. Main among them are Lord Vishnu, Lord Maheshwara, and Lord Bramha, There are temple for Lord Kotilingeshwara, Lord Rama (along with Sita Mata and Laxman ji), Lord Ganesha( there is panchmukha ganesh) and lord Anjaneya also.

As soon as you will enter to the temple your eyes will be delighted with the colourful sight of uncountable Lingas.This was one of the major attraction in Kotilingeshwara temple. There is lingas of various size small big and very big, starting from inches to the largest linga of the world you will be able to see it here.This was one of the speciality in Kotilingeshwara temple trip.

According to wiki the largest linga here is 108 feet (33 meter) tall and while the largest Nandi statue is 35 feet (11 meter tall). There are other two very big Linga and Nandi statue (obviously not as big as the biggest) and a big Hanuman statue too. I will leave you with photos – 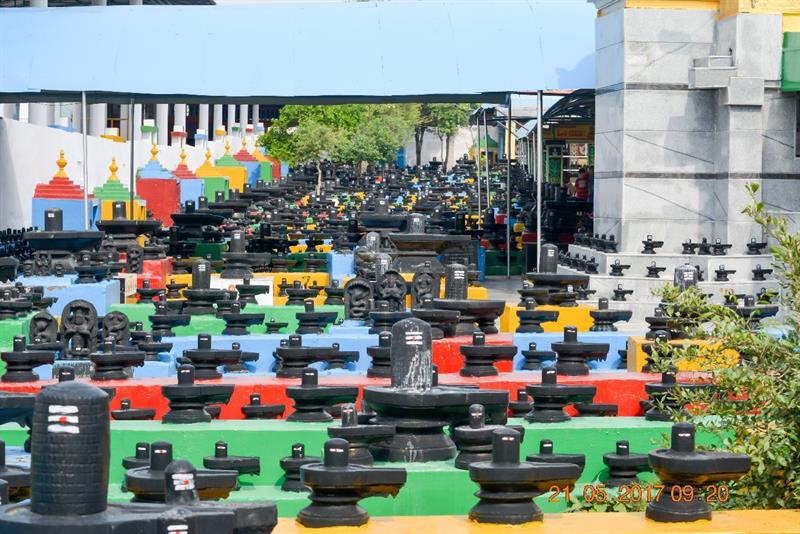 Second largest Linga over there - 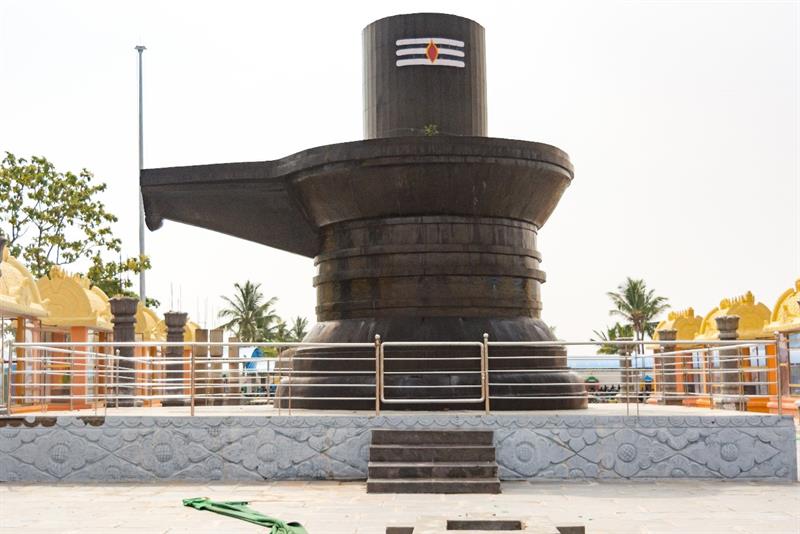 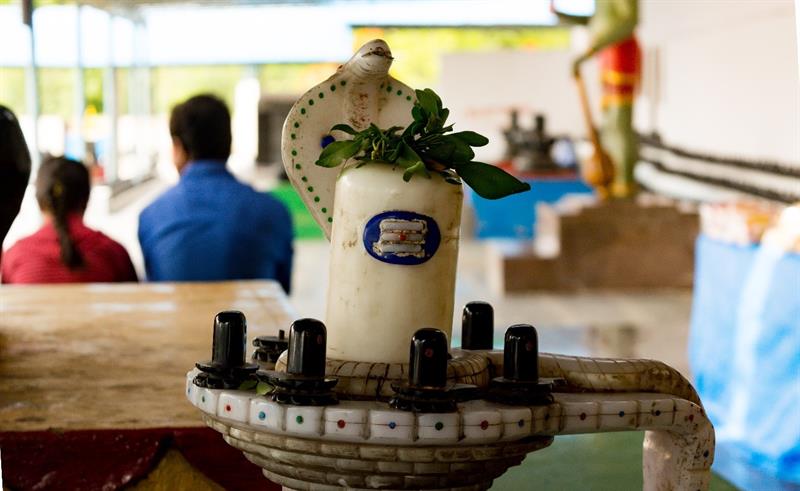 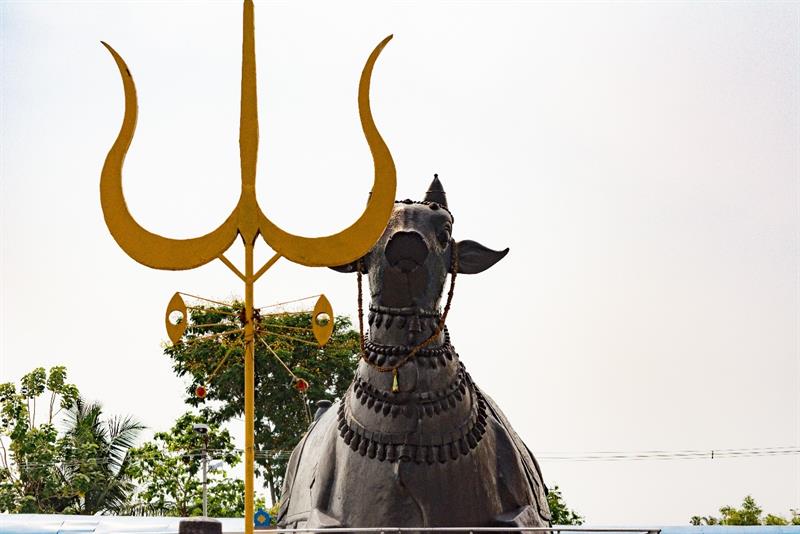 Last but not the least The largest Shivlinga - 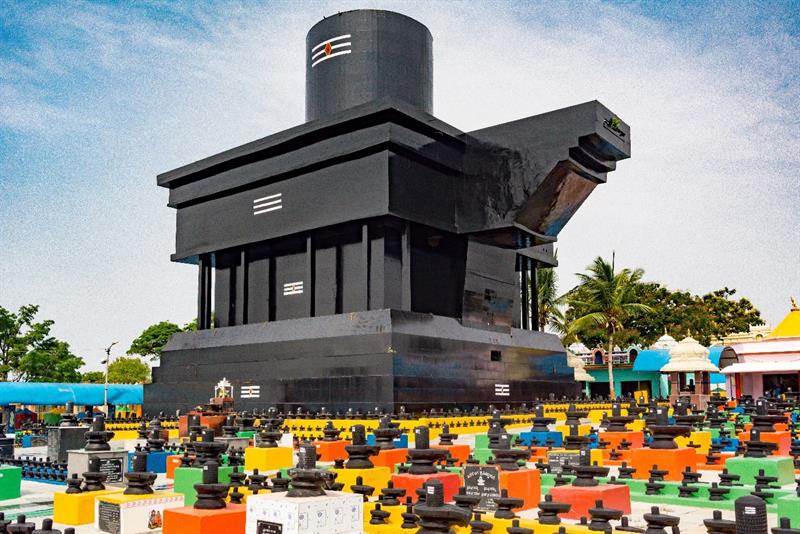 I spent around 2-3 hours there. Clicking pictures, watching different lingas and many other statues, admiring the effort which takes to maintain such a big project. You will be able to see linga installed by Rajnikanth and Kamal Hassan there, then came out of the temple complex.

Outside of the temple complex next to the parking area there is one hotel where you can have few rice items, tea, coffee etc. Quality of food and maintenance of this hotel is not so good.

Journey to back home was a pleasant one, as the weather was good.

Some Quick facts about the Temple –