While it was believed that the wooden culture of India was more concentrated in the Northern side, especially, in the Himalayas and the stone culture was more adopted in the southern sub continental areas having arid climate, people don't know that certain southern regions of the country were rich in lush forests owing to its geography, Thus, wooden culture was adopted in the south Indian parts but confining only to some region. We know, four states fall in the boundaries of Southern India viz. Karnataka, Andhra Pradesh, Tamil Nadu and Kerala. Tamil Nadu and Kerala, lies to the southern part whereas Andhra Pradesh and Karnataka belong to it northern region. Separated by Western Ghats, TamilNadu in east and Kerala in west enjoy a different climate. Tamil Nadu, which we commonly refer to as Chennai is experiencing an arid facet of nature, mostly dry enough. Chennai natives envy the climate of Kerala and they frequently visit its neighbor to get soaked in the tropical climate. Hilly destinations like Munnar, Vagamon and Thekkady are their favorite haunts. The more one goes to the southern region of Kerala; more one experiences the Tamil culture and language. To get escape from the rude form of nature at Chennai especially during summers, people reach Kerala by picking an authentic tour package. Click here to know more about such authentic tour packages. Since Chennai is near to Kerala, travelers can access it by train, bus or by sea route. Pilgrim tours are more compared to sightseeing as they are highly religious. The difference in climate is more reflecting in the architecture of temples in Kerala and Chennai. Both are magnificent enough but they differ in the constituents used for the construction. 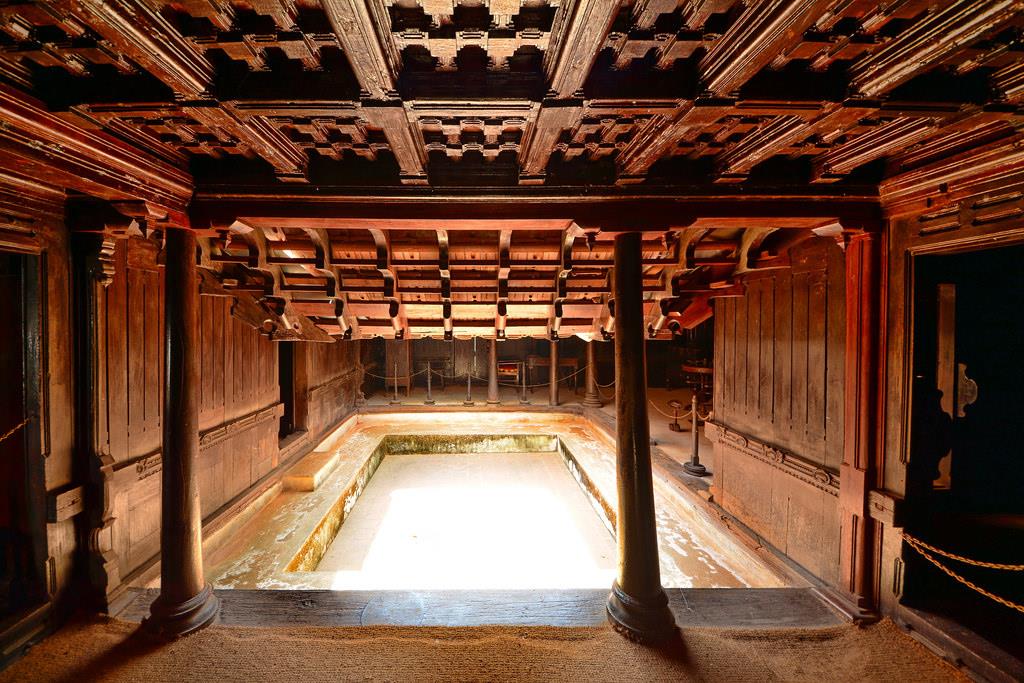 Tamil Nadu is a vast extent of land having arid nature and hence, it has stone temples to great extent. Ancient Southernmost India nurtured two kingdoms namely Chola and Keralaputra as per the records in the rock inscriptions of great emperor Ashoka. Cholas inhabited the present Tamil Nadu region while Keralaputras inhabited Kerala. Kerala was in turn inhabited by Dravidians, who passed the techniques of present-day Kerala architecture commonly referred to as a Dravidian style of construction. The Dravidian style is indicating Hindu temple architecture and in Kerala, many ancient temples are an example of this. Now, how the Kerala is flourished with lush forests can be attributed to its blessed geographic location. Sandwiched between the Western Ghats and Arabian Sea, the clouds carrying the water vapour from the Arabian Sea will hit at the high altitudes of the Western Ghats, mountain ranges to shower rain. This huge rainfall can ensure the lushness of evergreen forests in Kerala and yield wood or timber production. It is this timber, which is used for the construction of prodigious temples and buildings in Kerala. But, unfortunately, the Tamil Nadu doesn't experience more rainfall thus; stones were used in the construction of the temple works. 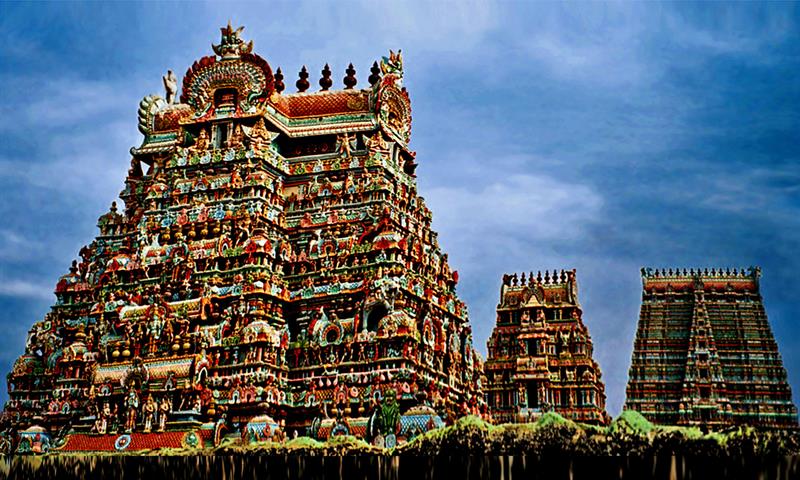 Look at the Gopuras or temple gate of Kerala and Chennai, we can find a huge difference as one is made up of wooden hipped roofs while the latter is made of stones. Even Chennai too has a Dravidian style of temple architecture. When modernization and enlargement of temples took place, a major advancement in the construction paved a way. The cave and stone type model had granite as floor and laterite were used for some purposes. The roofs were of wooden carvings. There are three main types of temple architecture models and is the circular, spiritual and square type. Square type is the most popular one having an entrance porch named Mukha mandapa with a gabbled roof. Some of the famous temples in Kerala portraying excellent architecture are Vadakkumnatha Shiva temple in Thrissur, Mahadeva temple at Kaviyoor, Padmanabhaswamy temple in Trivandrum, Shiva temple at Peruvanam and so on. In Vadakunnatha temple, there are three shrines in a line of which two are of a circular type and one of square type. The temple at Kaviyoor, show a meticulous way of wooden carvings and have miniature sculptures on the ceiling of the Mandapa entrance. One unique style of architecture was seen in Shiva temple of Peruvanam, where an octagonal roof over a square plan is modeled. 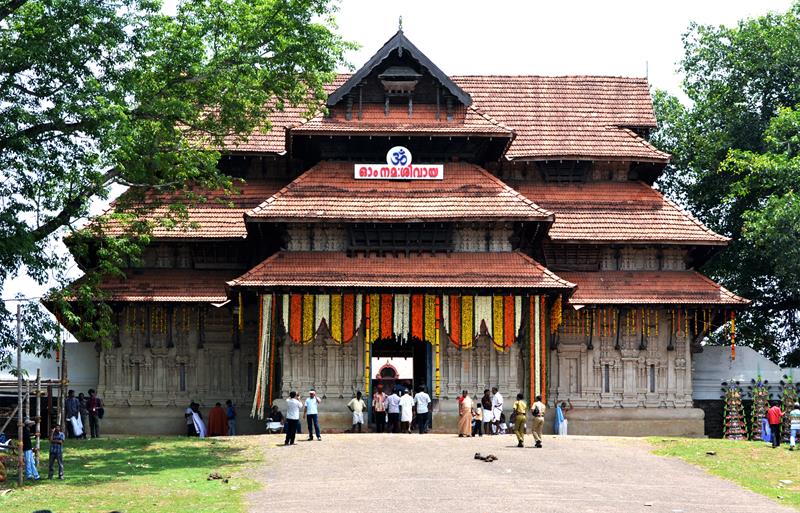 Wall paintings, sculptures and murals are the other interesting temple features. In Kerala from 16th century, the wall paintings were common at places like Mattancherry place in Kochi, Royal Palace in Padamanbhapuram and so on. Sculptures were more in Kerala than Murals. Actually, it is Scarce but these above-mentioned temples must have been painted by gaining the inspiration from Indian paintings in Ajanta Ellora caves.