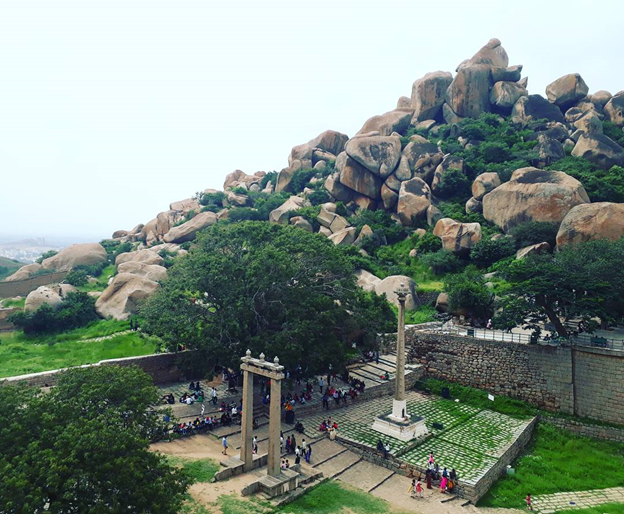 However, the train ride suited me perfectly as it meant I could grab a good night's sleep and be well refreshed by the time I reached Chitradurga. Although my estimations said that I would reach there by around 5:30 am, the efficiency of the Indian Railways ensured that it was about 7 am when I finally de-boarded.

I hurriedly booked an auto and went to Megha Deluxe Lodge, the place where I would be spending the night (it was going to be a two-day trip). After a small chat with the owner, he took me to my room which was furnished with all the necessities and relatively clean and tidy. At a reasonably cheap rate of Rs 450 per day, it was more than enough for me. There are a lot of hotels and lodges around Chitradurga as it is a very popular tourist destination and one of the best places to visit in Karnataka. Some of the good ones are:

The cost of accommodation will vary between Rs 500 to Rs 1500, depending on the types of rooms and the facilities available. All these places are situated near the Fort, so the travel is easy.

At around 7:30 am, I took an auto to reach Chitradurga Fort, one of the best places to visit in Karnataka. It took around 10 minutes to reach the Fort entrance. The auto rickshaw drivers are very reasonable here, unlike those that you find in metro cities like Bangalore.

As an Indian citizen, I only had to pay Rs 15 to get entry into the Fort. The entry fee for foreigners, however, is Rs 200. (Fun fact – On April 18th, on occasion of World Heritage Day, entry into all heritage sites in India under the ASI is completely free!)

I took the help of an official guide from the Tourism Department (Government of Karnataka) to take me around and show me the important spots in Chitradurga Fort, one of the best places to visit in Karnataka. His service came with a price of Rs 400. Even though I tried to negotiate and haggle over reducing the price, it seems that it's a fixed rate. After the tour, I was glad to give him the money as the tour and information I received from him were well worth the price. 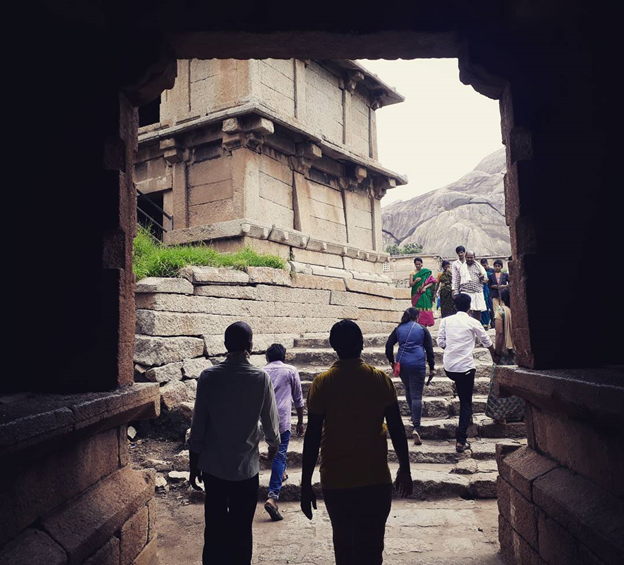 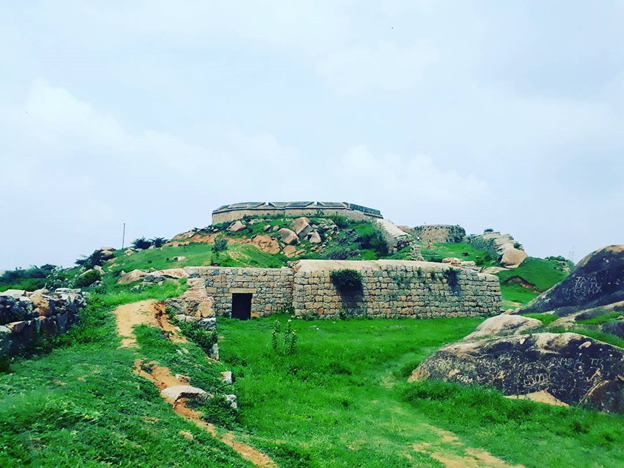 It was about 3:30 pm by the time I was done with exploring the Fort. There are lots of bathrooms and drinking water facilities spread throughout the Fort so that never became an issue. There is even a tourist canteen facility situated at the heart of the Fort where one can buy most snacks from ice-creams to sodas to biscuits. I had spent about 8 hours inside the Fort complex. The guide took around 3 hours to show me all the important points. I then took a second trip around the Fort by myself for taking photographs and spending more time admiring the beauty of that majestic structure.

Next item on my agenda was lunch. There are lots of places in Chitradurga, best places to visit in Karnataka, where you can get a good meal at reasonable prices. Many small hotels are present in and around Chitradurga town. Mostly they serve vegetarian south Indian food, but you can also find places where non-veg is given. If you've booked a hotel, then you can get high-quality food from there itself. I had my lunch from a small stand near the entrance of the Fort. There was a lady who prepared the most delicious Pulao and Chilly Bhajji. After having it, I was so impressed by its taste that I even bought a parcel back to my room to have for dinner.

There is no entry fee here. You can enter freely and take your own sweet time to relax and enjoy the fresh, natural air. I made my way to Ankali caves, one of the best places to visit in Karnataka, and to my dismay, it was locked. I found out that it was mandatory to have a guide along while exploring the caves to ensure that people did not get lost inside. I waited there for a while, hoping a guide would come along. And soon enough within 10 mins, an official guide had come with the key to the caves. He showed me his ID card and offered me his services for Rs 200. The tour of the Ankali caves, best places to visit in chitradurga, lasted for about half an hour, as the cave is not very large. But it was still an exhilarating experience to be crouching and crawling through the various secret passages in the cave, literally having to paw my way through the pitch darkness. The guide and his flashlight were my saviors, as without them I'm sure that I would have been lost long ago. No inexperienced person can navigate these caves safely, and that is something every tourist coming here should keep in mind. 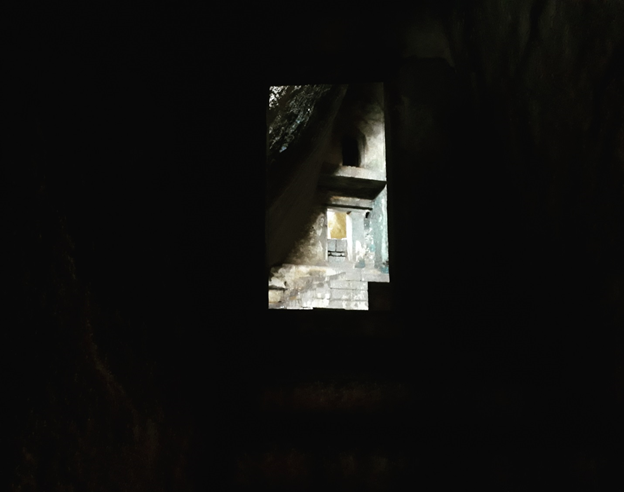 It took me about 2 hours to finish seeing the caves and the rest of Chandravalli Hill, Chitradurga, best places to visit in Karnataka. One should be wary of the numerous monkeys that are present around here. Although they are harmless, they might snatch away any belongings or food items if you hold them out blatantly in your hands. At around 10 am, I made my way back to Chitradurga town to go and have a look at the famous Jamia Masjid constructed by Tipu sultan himself.

For more travel experiences and updates, do keep checking our Facebook page: https://www.facebook.com/exploritageapp/

Top 5 Places to visit in Australia

This article is for those people who want to visit Australia for the first time. It contains the list of top five cities in Australia which I have shortlisted. This will guide you and will give you detailed information about these cities.

My First Solo trip to Pondicherry

Aah, It was indeed difficult for me to merely hold my excitement for my first ever "solo trip". Right from my hustle bustle ordinary routine to the most serene and calm place i.e. Puducherry(Pondicherry).

A tourist's visit to Kerala can not complete without seeing in and around Munnar. Famous tea gardens, water falls, rare animal species and birds & bees are found here. To help in discovering the spirit of Munnar, I have complied here the best places to visit in and around Munnar.

Are you willing to spend your upcoming holidays in the company of nature? If you are looking for a picturesque place in India, full of greenery, waterfalls and eye-catching scenic views then Coorg is the best place for you. Here are the details on best places to visit in Coorg Karnataka.

Best places to visit in Manali, India - A Travel guide

School holidays are about to start and heat is on its tip. If you are planning to go to some beautiful place, where you can enjoy the pleasant atmosphere and magnificent location then Manali is the best option to visit. Here is the details on how to reach, best places to visit in Manali, season time etc.

Thank you for very nice information!!