My mailbox received a new email from Air India Southern Airlines indicating my interview scheduled on 20th December at Chennai for the post of the flight attendant and cabin crew. I was not planning to join the airline industry but just filled up the recruitment form to discover another phase of competition plus I fulfill the entire necessary requirements pertaining to academics as well as physical terms. The thing I like the most about this job that you are getting paid to travel around the world. I asked my friend DJ to join the journey with me. He agreed. After studying the status of each train to Chennai I figured out only one train with the lower waiting list so we reserved two seats in this Chennai Express. I worked on the hotel search for our two days accommodation. Trivago is too helpful. And I told DJ to list out the places to see there. He did that job pretty well. I arranged all the original documents with a normal BMI certificate. Yes,
I lost 3 Kgs in a couple of weeks to achieve a normal BMI range.

We were 7th and 8th on the waiting list. That's bad! We reached the railway station with our packed bags. The train was too crowded to get a room there. When the train started we searched any room just for the sake of our butts and legs. At the next station, TC provided us some room there and we adjusted. Adjustment is one of the native rights of Indians. We are righteous to it by birth. We passed the night adjusting somehow and reached at Chennai in the evening. Then we took the metro to our hotel's address. 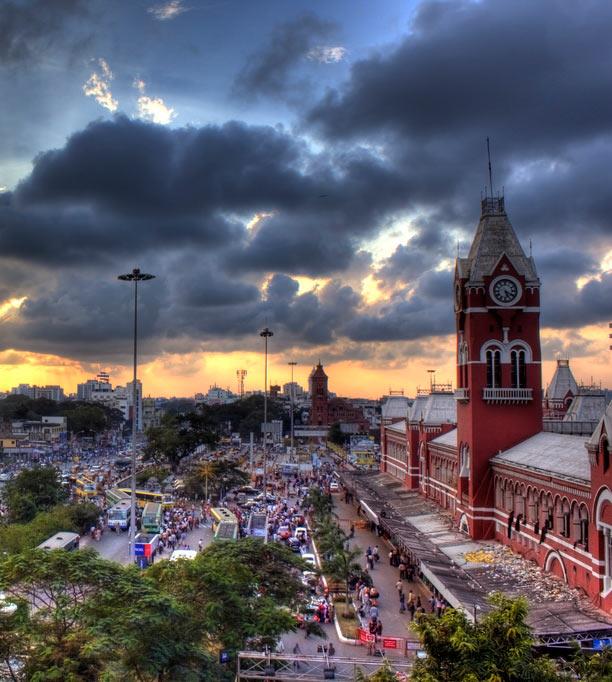 God! The language problem seemed more difficult than we expected as some people don't even understand English too. Still, we were able to get what they say which is the obvious result of watching so many Telugu and Tamil movies. But we had a good talk with our hotel servant in English of course. On my asking, he assured me a bucket of hot water early in the morning for my bath as I had an interview at 8 in the morning. That night we visited a few restaurants in search of wheat chapatti as it was good for my digestion but all we could see everywhere is Dosa, idli, and Uthappa that proved we were in Chennai.
I had a good sleep, good morning tea, good digestion, and good bath with hot water in the cold month of December. I reached at the venue on time. There were plenty of candidates arranging their portfolios. I too got my token number and entered in that crowd. The thing which was common among all the boys is that all were smart and handsome. Airlines demand staff with good looks. That's true. Well, all were from different states, some from Delhi, Bangalore, Kerala, Hyderabad etc. and one boy there indicated me to adjust my tie well. Yes, he was from Mumbai. Finally, I spoke Marathi after a couple of days. I felt too good and warm talking to him. He also felt the same talking to me. That affection while talking to the only person who knows your language in a different state of the different language is unforgettable.
Well, it was a day full of selection rounds, as usual, nothing new to write about it. The process completed afternoon.

We were informed that the result would be displayed on the website within a couple of weeks and then I returned to our hotel asking DJ the list of places to visit in Chennai. God! He worked really well on that. His list contains so many places including Rehman studio, Birla planetarium, Guindi national park, Sai temple, beaches blah blah. So many destinations in 24 hours seemed not possible as we had the train back tomorrow night. So we clicked GoogleMaps. Damn it's excellent! We then took a bus and that helped us exploring half the city taking us at Vivekanand Memorial.

It's really good to visit the Vivekananda Memorial. 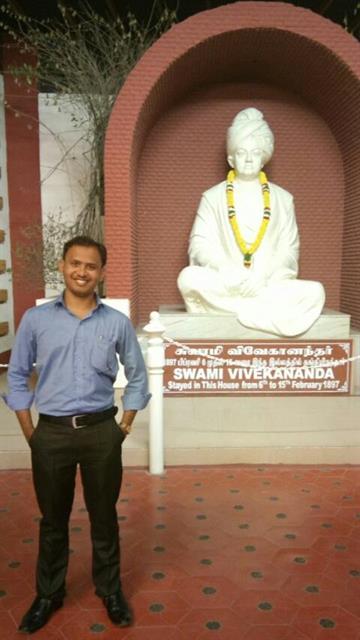 It was like getting to know everything about this great man. His speeches at various countries are framed on the walls, the library filled with highly intellectual books, the picture presentation, art gallery, portraits all were worth studying. And finally, the meditation center where he used to meditate for hours, that is remarkable. The meditation statue of Swami Vivekananda is so calm and peaceful makes that place more pleasant.

"All the power is within you. You can do anything and everything. Believe in that. Don't believe that you are weak, Stand up and express the divinity within you."
- Swami Vivekananda....

This memorial is situated at Marina beach which was marked in our list of places to visit in Chennai. We went to the beach. Some were couples, some group of friends, some families, and some singles all were enjoying. Yes, it is the second largest beach in the world.

So many people there but that was no crowd. We took off our shoes and ran on the sand in the direction of the huge sea singing, "oodhake dhhani preet ki chadar aaya tere sheher main ranja tera." well there was nobody for whom we visited that city but that song feels good to listen in that cool scenario of wandering with wind, waves, and water. Thank you Chetan Bhagat sir, for writing such a beautiful novel and thank you so much Shankar-Ehsaan-Loy for composing this soulful song as it has a humming quality which stays with the listener.

Cool experience of cool water waves touching to the feet with cool flashes of air and a melodious song in background 'mast magan'. I badly needed such a break after the boring usual daily scheduled routine.
When the waves hug our feet and take the sand away is remarkable.

You can actually feel the sand you are standing upon gradually slipping under your feet gets you Goosebumps and the dopamine in your brain relaxes your mind. I wanted to take a pen and paper and write my experience down there but I was lost in that cool mesmerizing atmosphere storing every second in my memory.

We both could stay there for the whole night but it was a new city for us in a strange state of strange language and before it gets too late we took a bus saying goodbye to that Marina beach and returned to our hotel. We were starving badly. As soon as we reached the hotel we ordered Chinese. That was Chinese in Chennai because all we could see everywhere is Dosa, idli, and Uthappa. But I must say, that sand, the sea, that gentle light of the moon, the sound of those waves, the silence in the mind, the pleasant sight of the endless sea and that embrace of cool air is worth remembering…

Next morning I woke up late as I had no interview to attend. But tonight we had our journey back. We barely had a day. So we got out of the hotel well dressed and wearing goggles got ready to complete our list. We decided for Birla planetarium. When we were waiting for the bus a restaurant nearby in a way of our look and suddenly we starved. We entered inside and tried for the non-veg item of Chennai. Yes, it was something new in that recipe and in that service too. The chicken was too good. We charged our phones and stomach so that we can last for the whole day. Then we searched for Sai temple like walking nearly 5-6 km. We got tired but didn't get the temple then had a thick pineapple juice. That was so good. Then we wanted the bus. The coordination between the driver and conductor was bad there. When we ask the address to the driver he nodded in positively yes but while getting tickets in the bus, the conductor denied proceeding and we had to jump out the bus giving some confused expression to that conductor, driver and yes to each other also. Finally, a bus took us to Birla Planetarium.

That's really a good place to visit, especially for a science student. 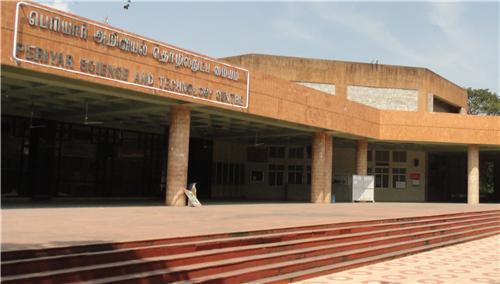 He may plan his honeymoon there. That place is like a form of an encyclopedia. Books may seem boring sometimes but this place never. Physics, chemistry, biology, zoology have maintained in that building like an open book with special attention to astronomy which is my favorite part. 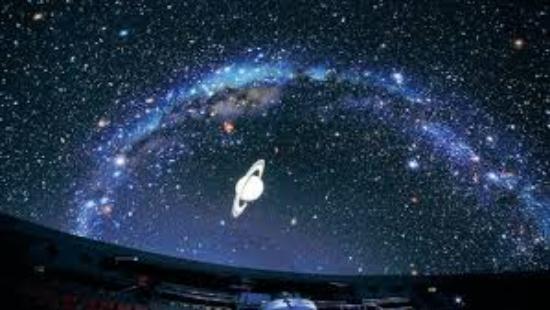 There was a dome-like room called planetarium where the seats were arranged circularly and inside that dark room, the dome was a screen which takes you out of the earth showing the beauty of universe decorated by large numbers of planets, stars, galaxies along with the describing voice. Wanting to be an astronaut is a fair wish after having such an amazing experience of this planetarium.

We had to reach the railway station in a couple of hours to catch our Tamilnadu express. Nearby I had sweet corn followed by Masala Dosa and Masala Idli. We enjoyed that renowned dish of Chennai and then entered the railway station. Caught our train, caught our reserved seats. DJ went on sleeping as he was exhausted and I was informed my mother that I would reach home by tomorrow night. Due to which the family in our berth came to know that I am a Maharashtrian as they were too and I had a good company for my return journey.

We spontaneously got a homely feeling as soon as we entered our Maharashtra border as the language is familiar. cherishing the memories of Vivekanand Memorial, Marina beach and Birla planetarium we reached our destination in our city. we were waiting for a city bus to our home in our city, autos were asking us where to go and we were feeling good to hear area names of known places rather than the names of totally strange areas in a strange city of a strange state with a strange language. Also, we were getting a kind of recognition in the eyes of people of our home city that we are not strangers but we are home…