Monsoon can be a great time to visit India as nature rejuvenates in a landscape of cool, lush greenery along with special festivals and events. Especially, Kerala, the God's Own Country', comes alive in the monsoon with a festive spirit as it is the time to celebrate Onam festival along with some colorful Snake Boat Races. Also known as Vallam Kali, these boat races are immensely popular in Kerala and have always been a part of the tradition and culture. The sheer energy of the oarsmen, the loud cheering of the onlookers and tension in the air, watching a snake boat race is definitely a must-do when visiting kerala in monsoon months. Considered as the most vigorous, prestigious and community-oriented water sports in India, these are yet another reason that the tourists are attracted towards Kerala.

Let us look at some of the most spectacular Kerala Boat Races here. 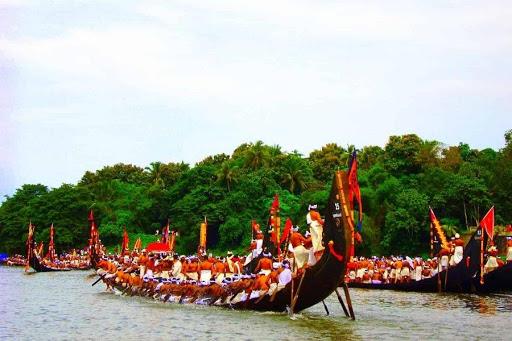 The oldest and the most popular boat races of Kerala, Champakulam Moolam Boat Race is an annual boat race held on Pampa River at Champakulam near Alappuzha on Moolam day in the Malayalam month of Midhunam. This is the first boat race that happens during the monsoon season in Kerala and it traditionally celebrates to mark the pious day when the idol of Lord Krishna was installed at Ambalappuzha Sri Krishna Temple. This year, it will be held on 15th July.

The festivities include outstanding water floats, decorated boats, vanchipattu (the song of the oarsmen) and the popular Chundan Vallam race. Prior to the race, the Champakulam Lake is adorned by colorful boats that are covered in beautiful umbrellas and groups of artists display their skills in honor of Lord Krishna. During this event, the banks of the Pampa River get flooded by tourists as well as locals. These snake boats driven by hundreds of oarsmen through the serene waters and the festive environment is really a sight to behold. 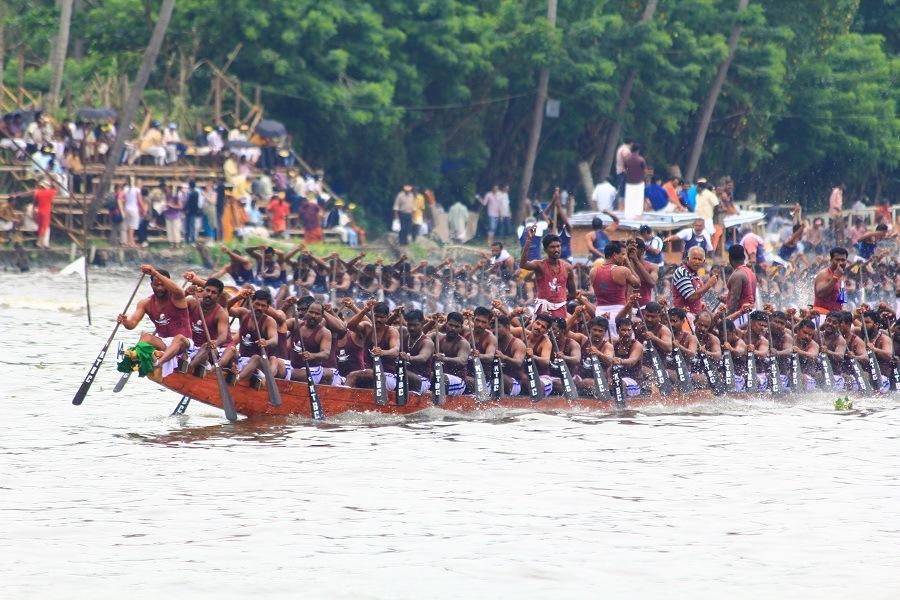 Held on the placid waters of Punnamda Lake in Alappuzha, Nehru Trophy Boat Race is undoubtedly one of the most spectacular boat racing events in Kerala events in Kerala as well as in India. Usually conducted on the second Saturday of August every year, the boat race will be held on 10th August this year. According to legend, the race gets its name from the first prime minister of India, Pandit Jawaharlal Nehru, who visited Kerala in 1952. In order to welcome the prime minister, the people of Alleppey organized a boat race. Feeling excited and impressed by the skills of the participants, Nehru donated a trophy to the winners of the race. Since then, the event has become a huge commercial event held in Kerala which draws nearly 200,000 visitors each year.

Several snake boats from different villages of Kuttanad region are participated in this event. Each boat is about 100 to 200 feet long and is accompanied by about 150 oarsmen. This synchronized rowing of these snake boats is a rare sight to behold for every tourist. 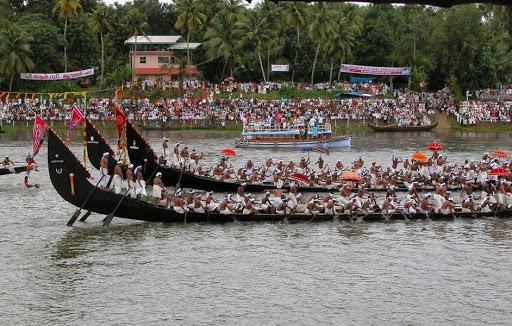 Among the oldest boat races of Kerala, Aranmula Vallam Kali or Aranmula Snake Boat Race is a 2-day event held on the Pampa River annually as a part of the Onam festivities. Also known as Uthrittathi Boat Race, this boat race is associated with the annual festival of Aranmula Sri Parthasarathy Temple. Considered more of a religious festival than a sporting event, the spectacular event marks the day Lord Krishna crossed the Pampa River.

More than 25 huge traditional snake boats, called Palliyodams participate in this event. Each Palliyodam houses a grand effigy of Lord Krishna accompanied by traditionally dressed rowers and groups of singers. These snake boats are decorated with a golden lace, colorful flags, and beautiful umbrellas to mark the wondrous occasion. The devotion, music, sheer artistry and the remarkable performances of the local artists during this event attracts the huge number of national as well as international tourists. 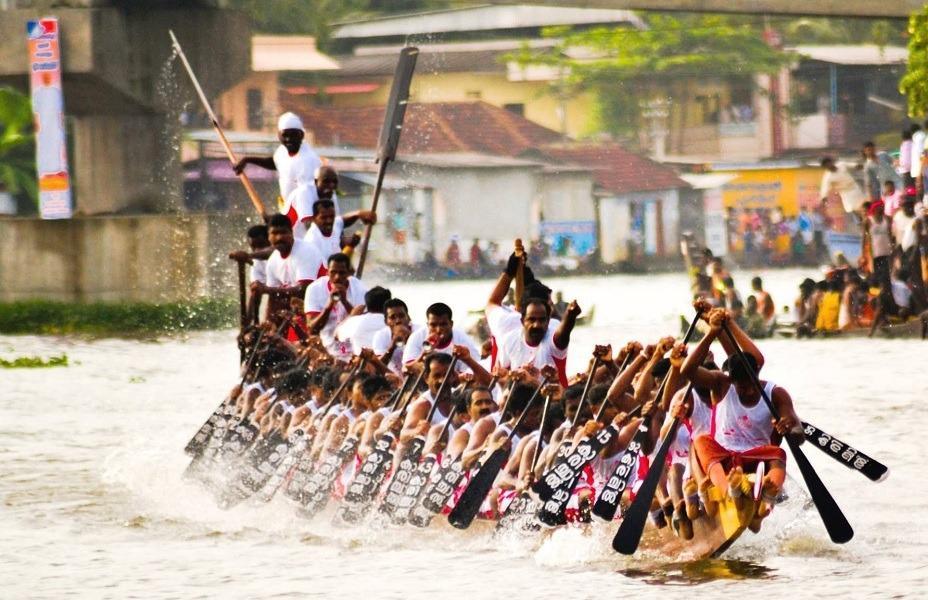 True to its name, Payippad Jalotsavom is a 3-day water festival held on the Payippad Backwaters near Alleppey. Legend has it that the idol of Lord Subramanya was found at Kayamkulam River and was brought to Haripad on a boat ceremoniously. Held in the month of August or September, Payippad Boat Race marks the installation ceremony of the deity at Haripad Subramanya Temple. This year it will be held on 19th September.

Payippad Jalotsavom is a unique boat race as it is the only boat race held for three days continuously and furthermore, it has the largest number of participants after the Nehru Trophy Boat Race at Alappuzha. Apart from the breathtaking snake boat races, the event is made more impressive by colorful water exhibitions. The very challenging snake boat race commences on the final day of the event. Huge numbers of devotees throng to this place from all parts of Kerala to participate in the festivities and watch the exciting race. 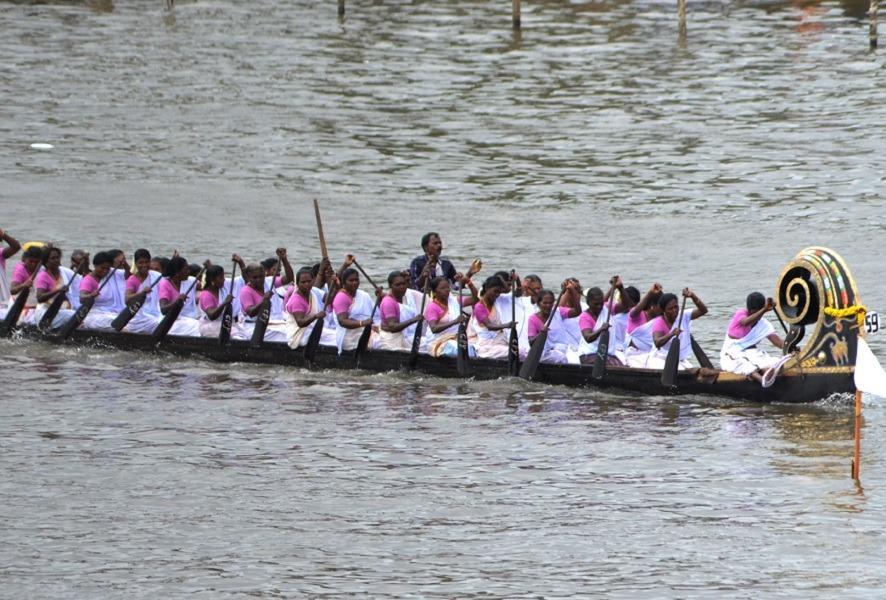 Popularly called as Kumarakom Boat Race, Sree Narayana Jayanthi Vallam Kali is one of the popular boat races of Kerala held every year on the tranquil waters of Vembanad Lake at Kumarakom in September. The annual Kumarakom Boat Race is different from the other famous boat races of Kerala. While the others are either ritualistic or competitive events, this event is conducted in remembrance of the great social reformer, Sree Narayana Guru's visit to the village in 1903 CE.

Conducted on Sree Narayana Guru Jayanthi Day, which usually falls in August / September, the race begins with a grand procession of country boats carrying the picture of Sree Narayana Guru from Kumara Mangalam Temple to the boat venue at Kottathodu which is accompanied by various music and dance performances. Hundreds of rowers in many kinds of boats like the Chundan, the Iruttukuthi, the Churulan, and the Veppu take part in this race while the importance is given to Iruttukuthi.

Great article. Never knew there are so many types of boat races in Kerala. I was aware of only Nehru trophy. Thanks for sharing!