Chopal is in between Dehradun in Uttarakhand and Simla in Himachal, this Himalayan village is as quaint as it can get. So a few weeks ago, on a chilly morning, I headed towards Chopal. I had to book a really good Dehradun taxi service with cars that can navigate the mountain roads. Because once you cross Mussoorie, the terrain gets tougher and the roads become wilder. I chose cab fromSavaari for the same. 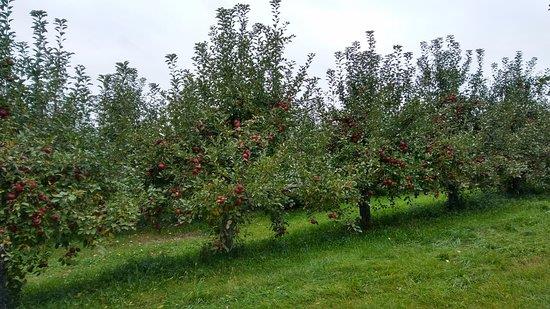 Sitting neatly and quietly in the Upper Simla area within the Simla district, Chaupal or Chopal is a cozy enclave surrounded by lush forests of pine and Deodar. Adding to its charm, the village is the hub of apple orchards. Known for the best quality of apples grown in the state, the entire village is like one huge farm growing this luscious red fruit. However, when I was visiting, it was the start of spring and trees were just bearing flowers. In a few months, these pink and white flowers would turn into fruits by end of summer and then harvested in autumn. Amazingly, this fruit of Eden is not just cultivated here but also rampantly grows in the wild, rendering a fairy tale look to the village's landscape.

A day in Chopal
The first day when I reached, all I wanted to do is walk through the undulating roads, through the pine woods and soak in the crisp mountain air. They say the alpine forests of Chopal are the richest in the state with the finest quality of pinewood in entire Asia. And I could see why. Thick clusters of pine, fir, spruce, and similar such Himalayan vegetation occupied the landscape. Intermittently, colorful wildflowers would add some vibrancy to the green background.

I managed to visit the Kharapathar, at a couple of hours' drive from Chopal town. A tourist hotspot sitting at a height of 2900 meters, this was like a vantage point for a 360-degree view of the picturesque valleys, apple orchards, and of course, the imposing mountain peaks flanking the villages and posing as a protective wall to the valleys below.

Seeing a huge group of tourists, I quickly escaped the viewing points and found a narrow trail outside the town, leading into the thickets, but didn't know where. Walking on this terrain was arduous indeed but it felt emotionally uplifting.

Churdhar Trek
I learned about the famous trek that is conducted to Churdhara Peak via Chopal. There were many other routes from nearby towns to this Himachal peak but they say the trek route via Chopal is steeper and decided to take up the challenge.

Tagging along with a trek group, we took the road from Nohradhar village. The total trek time was three to four hours, including small breaks. Initially, the trail was easy to tread and gradually the climb became steeper and more vertical. But finally, when we reached, it was like the most exhilarating feeling. Watching the majestic peak standing tall above us was like a discovery of nature's marvelous creation. As far as my sight went, all I could see deep, green valleys surrounded by endless mountains with the sparkling sun bathing the land in its warmest glow.

Parting note…
More often than not, every traveler has their own reasons to visit Himachal. It could be to experience the Himalayan beauty, the mountain life, the unpolluted air, or simply because they want to escape to a place that keeps them away from the monotony of their daily life. For me, a trip to the mountains never needed a reason. I find the pristine environment so inviting that if I could, I would make a home there. This trip to Chopal helped me get my dose of soulful time in the hills and feel alive all over again!

Pro Tips
• If you are traveling from Delhi/NCR, book a cab from Delhi to Dehradun and continue your cab to Chopal. Take a break at Dehradun for a night.
• You can also visit Nerwa, Chopal's equally beautiful sister village.
• If you cannot trek to Churdhar but still want to view the peak, head to Khirki, Reyuni, or Chharki for uninterrupted views of the snowy peak.