In the month of May, it is always good to head to the hills. With the temperature soaring on the plains, the only respite is to escape to some of the wonderful hill stations that our country is blessed with.
So, without further ado, we booked our flight tickets to Delhi; this time we were traveling to Nainital and Kausani. After a night's stay in Delhi, we started our onward journey to Nainital. The reason to start so early was to avoid being caught up in the snarled traffic of the capital; moreover, we had a long-distance to cover.
The journey was amazingly good with the car careering through well-maintained roads. At around 8 our chauffeur parked the car near a big roadside Dhaba, post breakfast we resumed our journey. Crossing UP we entered Uttarakhand. 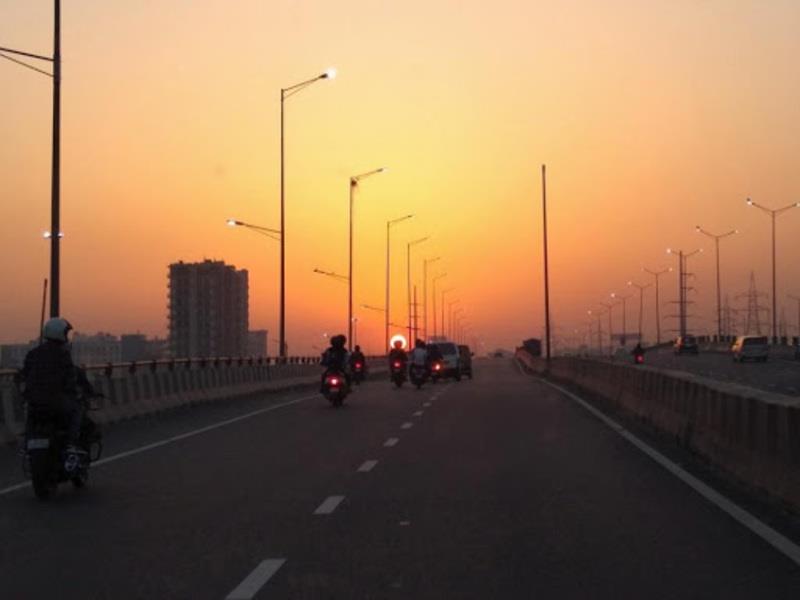 On entering the Nainital district my husband decided to pay a visit to Jim Corbett's bungalow located in Kaladhungi. Inside the bungalow, all the things used by the great hunter, conservationist and writer are kept intact. We came across many information about his life, his valour and the way the locals revere him. After purchasing a few mementos from an adjoining stall, we hopped into the car. 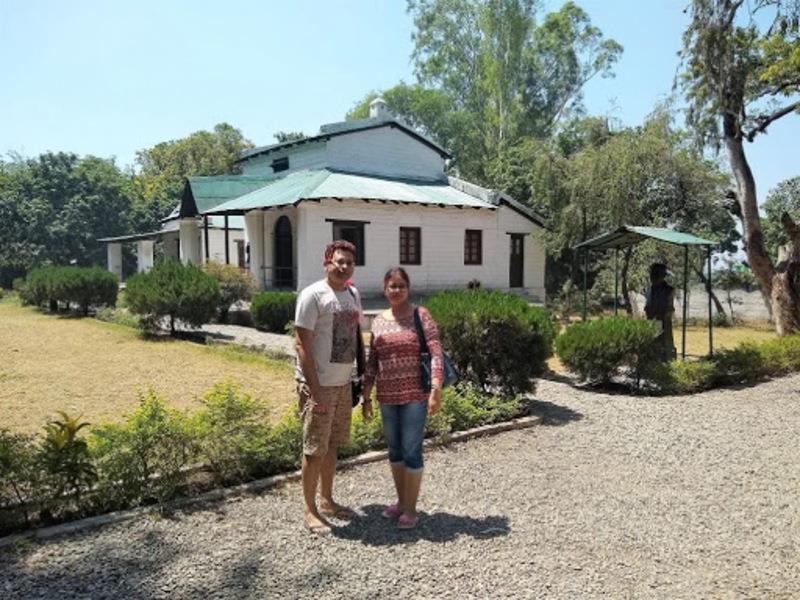 It was late afternoon and we had quite a distance to cover. At three o' clock our car reached the Nainital town. Most of the hotels here are perched on the hilltop, ours was no different. A flight of as many as a hundred steps was quite back-breaking.
It was tiring and on top of that, we were famished. Thankfully we reached in the nick of time as the kitchen staff was about to wind up. After checking in, had our fill. The view of the famous Nainital lake from the hotel was mesmerizing. I could see small colourful boats dotting the lake, white swans floating across and the trees dancing at the command of the wind. 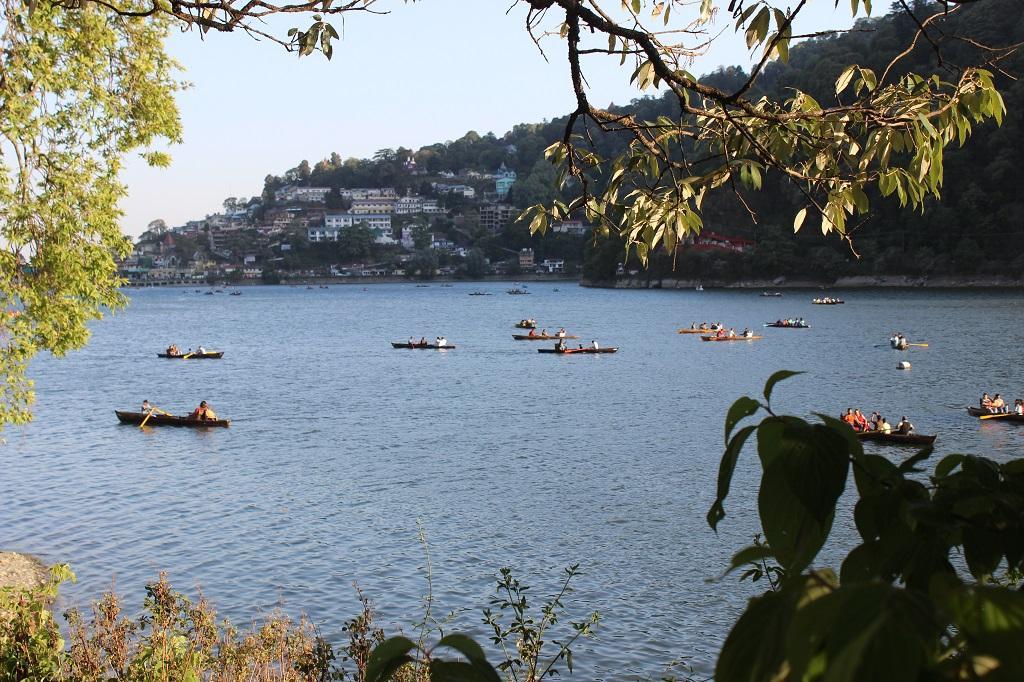 The place is indeed very touristy and I could see people in a milling crowd moving around the lake. I also wanted to be a part of the fun but my niece and nephew seemed tired and wanted to stay back. In order to ginger them up I promised them ice cream if they would come down with me. In no time we were walking in the streets of Nainital town. As we forged ahead with the beautiful lake by our side, a strong wind was getting up. I could see shopkeepers trying hard to sell their products to the buyers. Generally, they sell baubles and other items but it is fun to buy a thing or two from them. Many other activities were going on; I saw an old man carting potatoes along to the market while a lady was busily roasting corn to satisfy her hungry customers.
As night descended on the hills, the crowd increased manifold. After spending some time in frenetic frolic, we scurried back to the hotel.
Next morning, we were supposed to have a ride on the ropeway; but while having breakfast we were lost in our thoughts and got pretty late for the ride. The five of us dashed out to reach the spot. Somehow managed it on time although it was a very steep climb. Upon reaching I showed the tickets which had been purchased by a hotel staff in advance. Soon our cable car ride started, it was a short ride but indisputably worth the experience. From the top I got a bird's eye view of the entire Nainital town; the lake looked staggeringly beautiful from above. 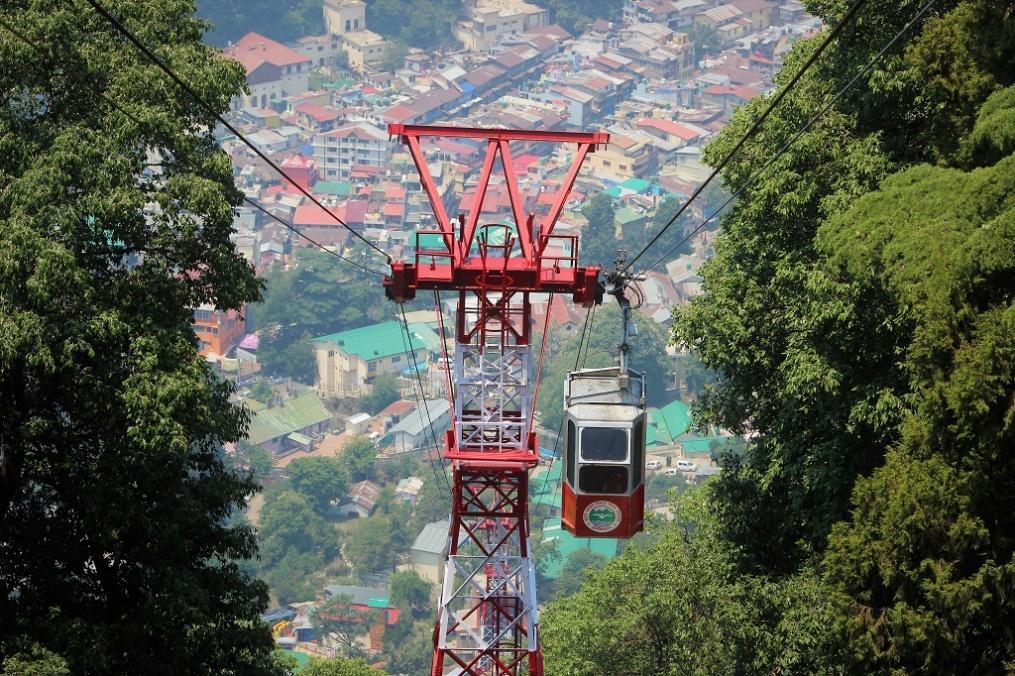 At the hotel, two men dismounted our luggage while we were checking out and soon were off to Kausani. Now this place has been on my bucket list for a long time. Unlike Nainital, Kausani is a very calm and quiet hamlet and on a clear morning, one can get a wonderful view of the various magnificent ranges including Nanda Devi, Trishul, and Panchachuli. It took us almost five hours to reach Kausani and on the way, we drove through the beautiful town of Almora. 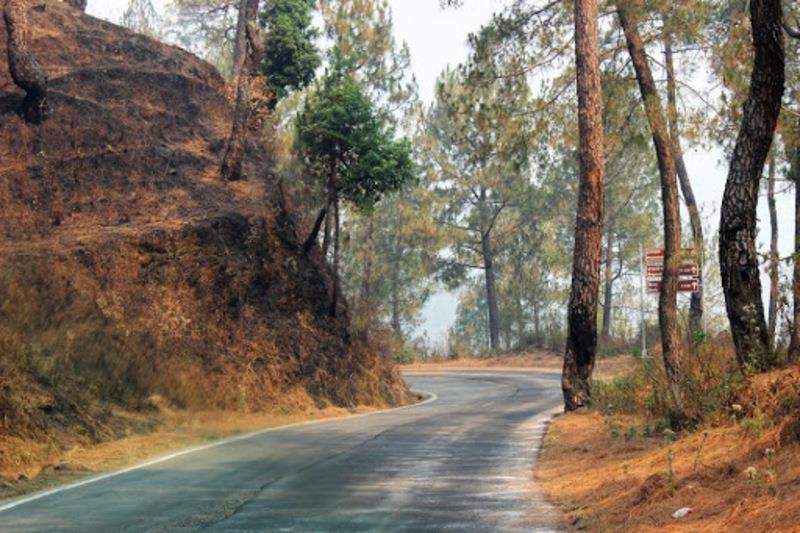 In Kausani we put up in a hotel with idyllic views; the row of pine trees, monkeys gibbering at each other on them and the birds ferreting about in search of food was a spectacle to watch from my balcony. But amid such happiness, there was a dangerous incident that had taken place and which we were not aware of until darkness. But with the onset of darkness, it was visible to our eyes and we were shocked to see some hills at a distance were on fire. On enquiring, learnt that a forest fire had been wreaking havoc since a number of days. The forest department had been trying their best to douse the fire but the fickleness of the wind was aggravating the situation. The hotel assured that all the tourists were safe and there was no need to panic. The fire was raging far away, so we sat in the garden overlooking the burning hills but our eyes were fixed on to that horrific sight. 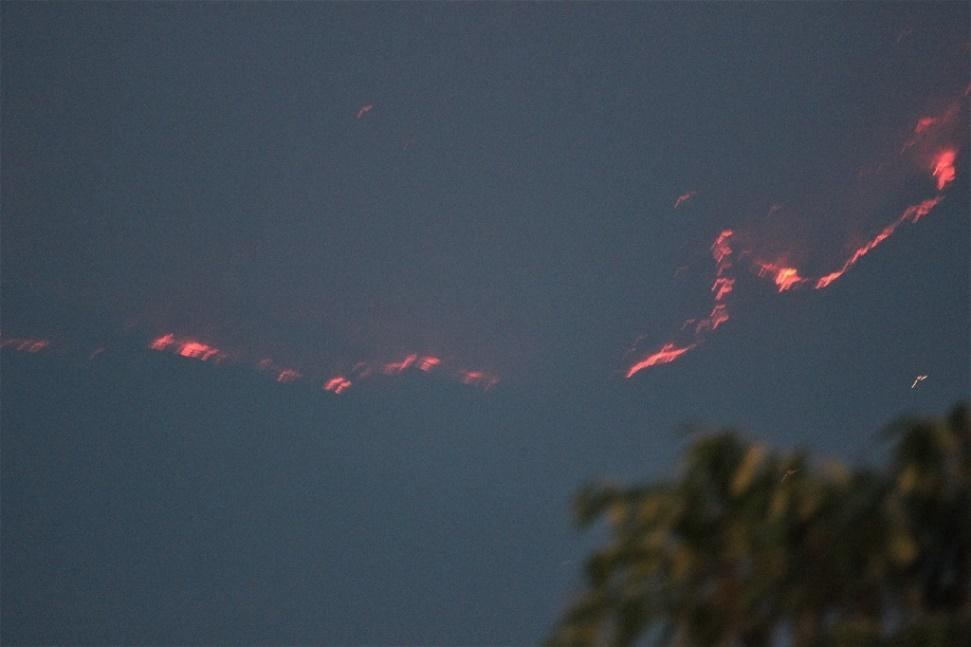 Next morning the sky was clouded over, probably due to the smoke emanating from the fire. Later on in the day, we visited the historical Baijnath Temple; to visit this place one has to drive a few kilometers downhill; the place has a charm of its own. I could see many tourists clicking pictures and feeding the fish in a pond adjacent to this 12th-century temple. Many devotees and newly married locals were collecting water from the sacred pond in a very Kumaoni fashion. 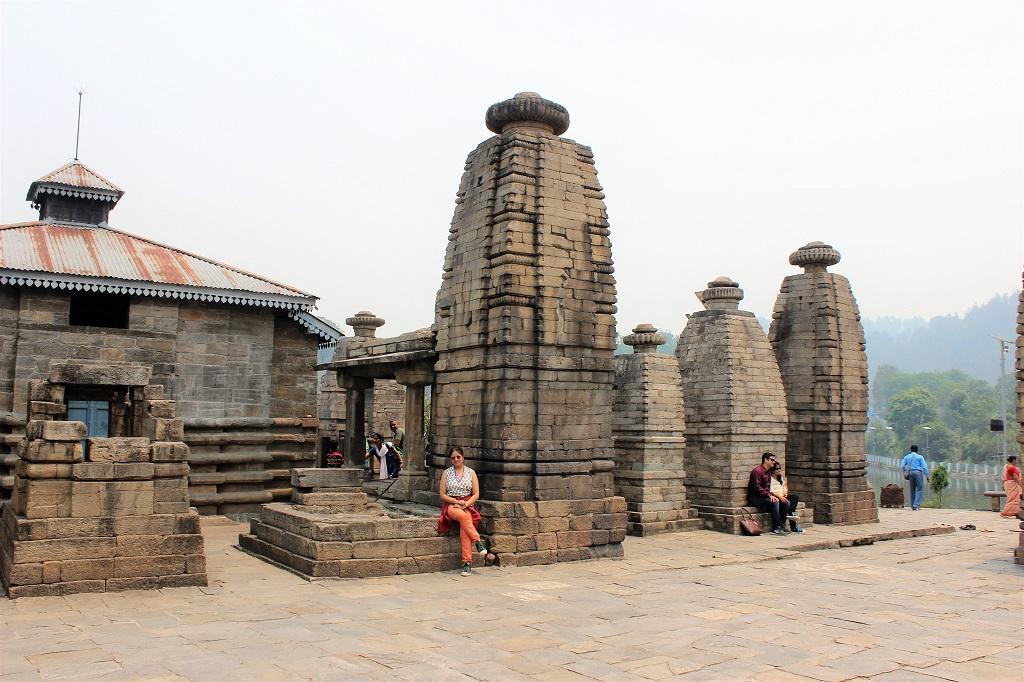 While coming back we visited a tea garden and moistened our throats sipping hot ginger tea in a cozy shack. While dropping in at a local market to buy some handmade items, we came across a village girl selling Buransh juice. Buransh is a flower native to Uttarakhand Himalayas and is endowed with a number of health benefits.
After returning to the hotel we had had a late lunch and spent the rest of the time in and around the property. The famous 'Anashakti Ashram' where Mahatma Gandhi had stayed for a couple of weeks is an important place to visit. Luckily it was a stone's throw away from our hotel. That night after packing we spent hours sitting in the balcony. The night was peacefully quiet with no honking, no howling peddlers, no party animals. My eyes fell on a myriad of insects dancing around a lamp post; the buzz of crickets had a balmy effect on my soul; the wind was tenderly blowing. It was blissful, we sat oblivious of the time and duties of this world, captivated by the beauty of the darkness.
The next morning, we started very early, our next destination was Corbett National Park. While driving down the hill I wished well for the local people of Kausani and hoped that the forest fire that had been raging for days might come to an end.

Surajkund fair - a paradise for craftsmen
This article gives a brief description about Surajkund fair which is held every year in Faridabad. This fair is famous for its art and crafts. In this fair, craftsmen come and display their talent from various parts of the world.

Pilgrim visit to Navagraha temples near Kumbakonam
As the name states, there are nine gods, facing different direction and each god specifies the specialty of nine different planets. Read more to find about the position of planets, effects of the planet gods changing the direction on your life and more about the same.