Hampi town is the ancient village of Karnataka. There are many historical monuments in Hampi that attract domestic as well as international tourists from all over the world. Recently, UNESCO declared it a World Heritage Site. Because of its recognition on the international level, now it has become more popular among people.

Hampi was called one of the most beautiful cities by Portuguese and Persian traders during the reign of the Vijayanagara empire. But after the battle of Talikota in 1565, a coalition of Muslim Sultanates destroyed this city. They beheaded the king Aliya Rama Raya and looted the city. The city kept burning for 6 months and then abandoned as ruins. Today, what we see in Hampi are ruins of Hampi which are now called as Group of Monuments at Hampi. 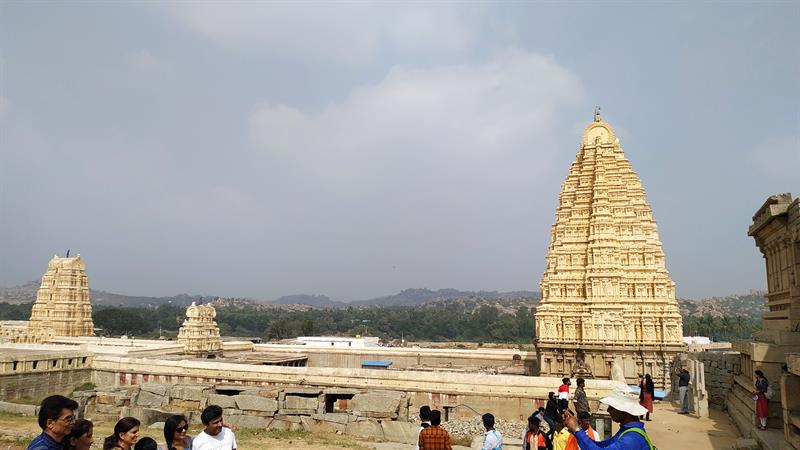 Hampi is located on the bank of the river Tungabhadra. On the other side of the river, you will see Anjani Hill. This is the same Anjani Hill, where Lord Hanuman was born. Also, there is Sugriva cave.

Hampi is located in the Ballari district of Karnataka. This town is located in the east-central region of the state. Having an elevation of about 467m, the nearest railway station to reach here is Hosapete which is just 13 km away. There are regular trains that connect Hosapate with other major railway stations like Bengaluru, Hyderabad, Panaji, etc. While the nearest airport is Hubli airport which is around 166 km away from Hampi. Hosapate has a well-connected state bus service.

Our train reached the Hosapate railway station early morning. And as usual, we got a taxi who dropped us to a decent hotel in Hosapate city. Luckily, the same taxi was a tourist guide who used to offer tour services at cheaper fares. So, after getting refreshments and a nice breakfast in South Indian style, we hired that taxi service for exploring Hampi. Our first spot was Sree Virupaksha Temple that looked quite tall from a certain distance like a proper South Indian Temple. After entering the temple, you will see an elephant that is quite popular among tourists. Apart from this, there is a place in the temple, where you can see the upside-down shadow of the sky-high gopuram. Then, we went to the foot of the hills to capture the wide view of the spectacular landscape. There is also a big Ganesh idol placed at the hilltop. 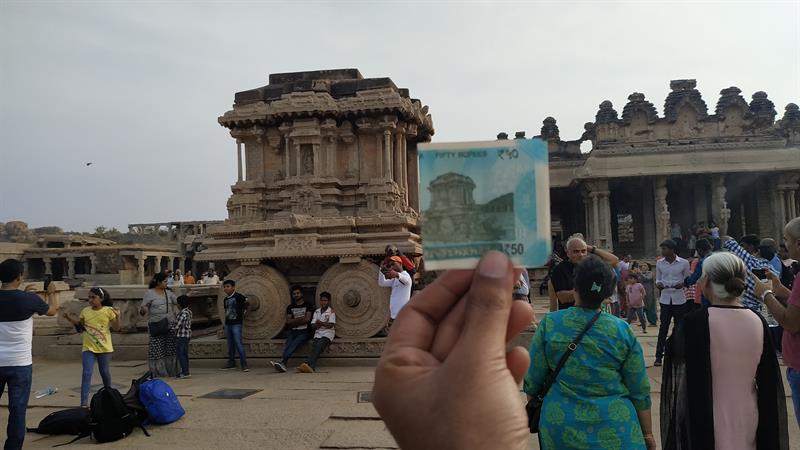 Note that, here you will have to hire sharing an electric taxi to reach the temple. Another option is to reach there on foot. The distance is hardly 2 km. We went by electric vehicle and returned on-foot as there was a lengthy queue for returning. At this point, we saw Stone Chariot. This is the same chariot that we see in the new 50 INR note. Along with this, we spent some minutes on the bank of the river Tungabhadra. Then, we came back to our hotel from the hired taxi.

We took the same taxi for exploring the rest of the places in Hampi town. That taxi guide took us to Anjani Hill first, the birthplace of Lord Hanuman. We spent a few hours there as well as got 'prasad' in the form of lunch. Then, we saw Sugriva's cave and Pampa Sarovar nearby that hill. After that, we visited Sanapur lake that is quite popular among international tourists. In the evening, we went to Tungabhadra Dam that has a scenic point as well as a small park for entertainment. Here, you can enjoy a lightning show in the evening. Finally, we returned to our hotel and after having dinner, boarded our train that was scheduled to depart late at night. 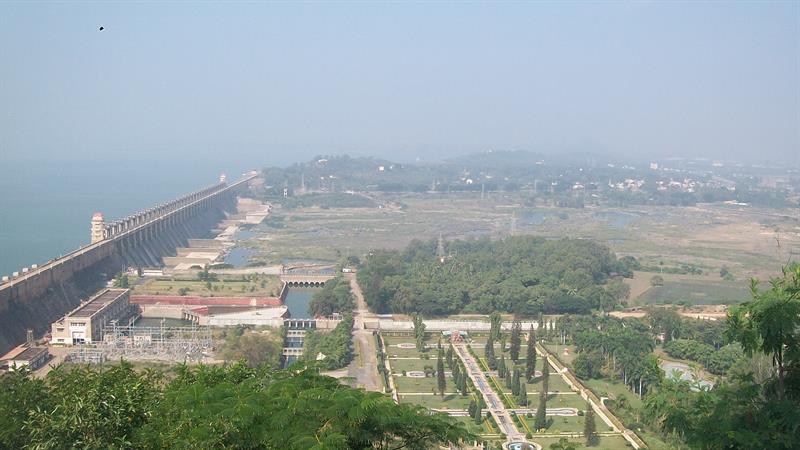 After leaving Hosapate, we reached Hindupur the next morning and stayed in a hotel near the railway station. Actually, Hindupur is the nearest railway station to reach Lepakshi Temple which is about 20 km away. After getting refreshed, we went to Lepakshi Temple. There we also famous hanging pillar. We tried to verify whether it is really hanging from the ceilings using a cloth called 'dupatta'. Then, we saw Eagle statue nearby Lepakshi Temple depicting historical bird from Ramayana 'Jatayu'. 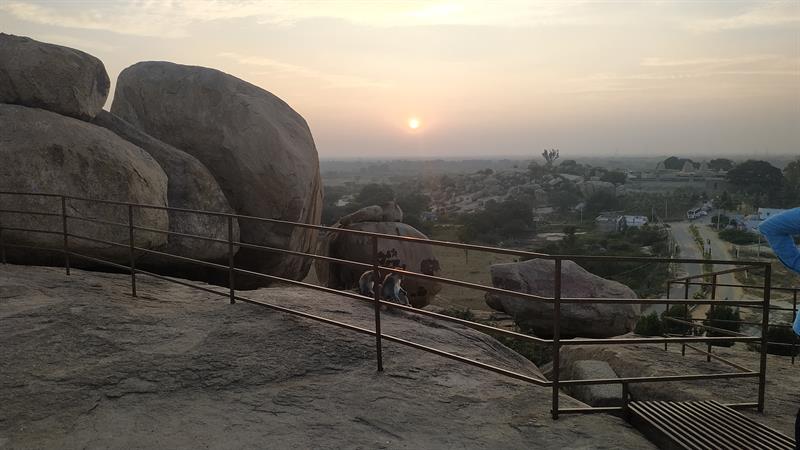 Besides the Eagle statue, you will also see the Nandi statue. After capturing sunset moments from Eagle statue, we went back to our hotel and boarded the train for home.