Jetting off through a maze of wispy clouds, our aircraft made a safe touchdown at the Chennai airport. Taking a cab, we started for Pondicherry (Puducherry), and it took approximately three hours to reach the hotel. 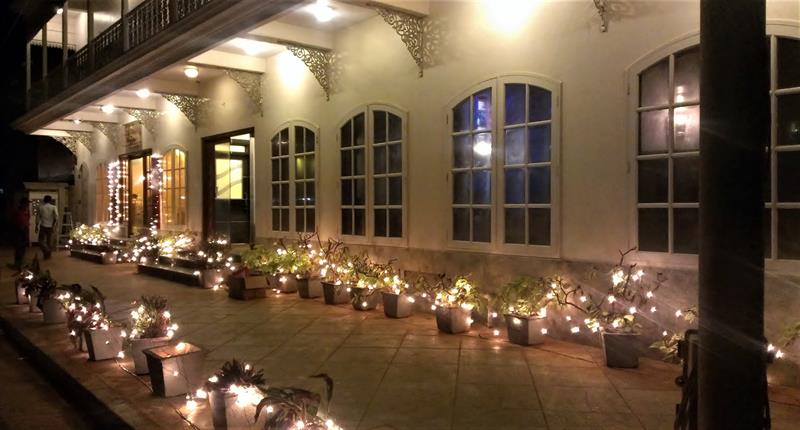 Pondicherry happens to be the only place in India where the colonial legacy is still preserved to this day. The French quarters of Pondicherry is steeped in rich history and attracts mainly the Indian tourists who would love to savour a slice of mini France in their own country. However, it is now a union territory where the Indian and the French live in unison. 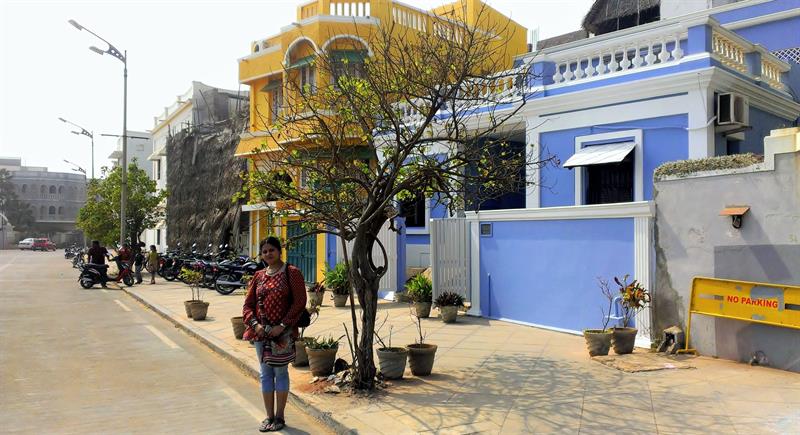 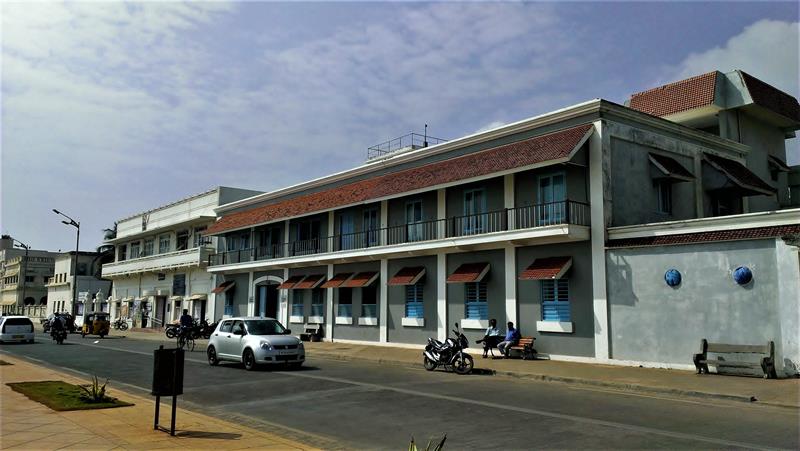 From my sea facing balcony I got a splendid view of the Promenade beach; it is a wonderful place to stroll around; especially during the sunsets. Along with the wide expanse of the Bay of Bengal, one can see across to the other side and marvel at the iconic buildings depicting French heritage and plush designs. The entire stretch has a very colonial feel to it. 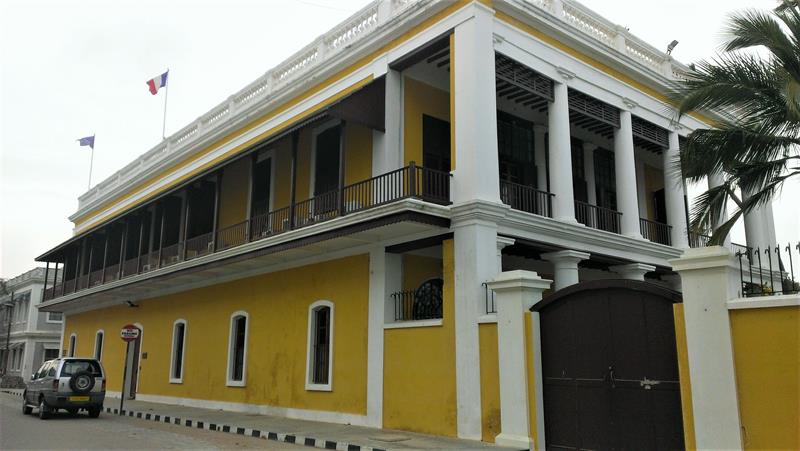 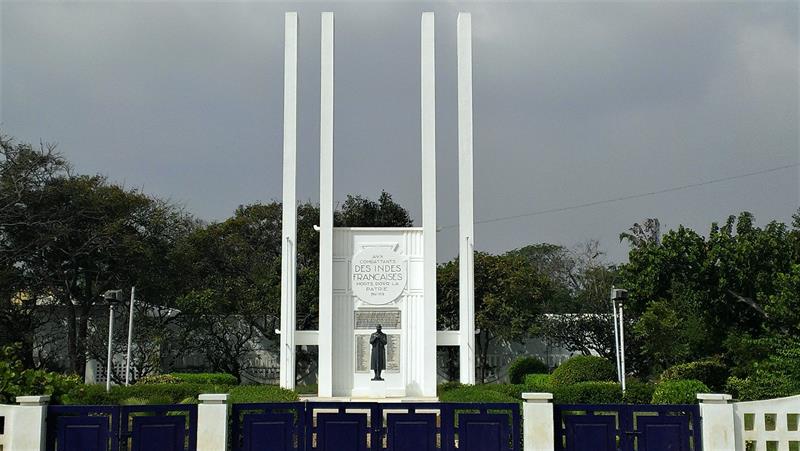 The Promenade runs quite a few kilometres and ends at the Dupleix park on the Goubert Avenue. Joseph Marquis Dupleix, whom the park has been named after, was the governor general of French India and an arch rival of Robert Clive. The arrival of the French predates the British colonization in India. However, the latter overpowered the French and restricted their expansion to some small pockets. Nonetheless, a very famous general as he was, Dupleix's name is now an eponym and multitude of roads and important buildings are named after him in Pondicherry. 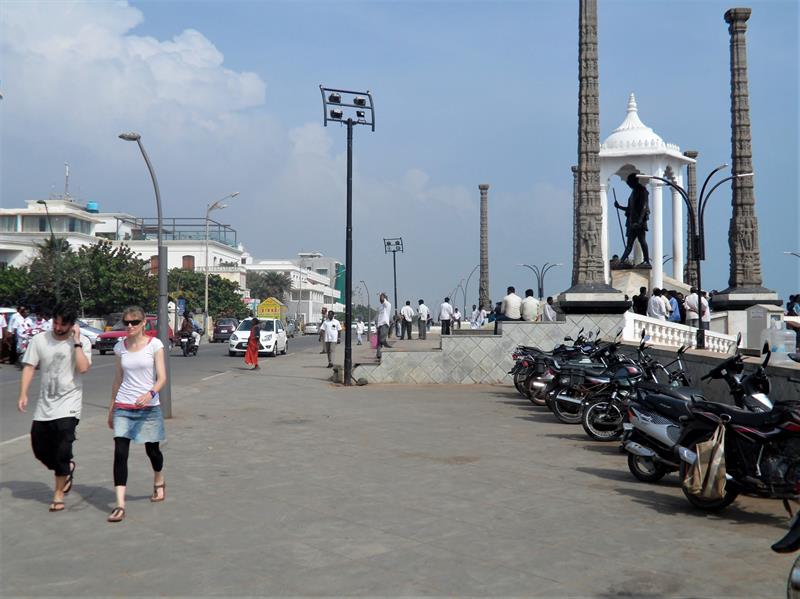 The next morning paid a short visit to the museum. It is located on St. Louis street and harbours a hefty collection of the sculptures from the Pallava and Chola dynasties in particular. After a quick tour we arrived at the Aurobindo ashram. The ashram is a place of peace and quiet; one has to take off shoes before entering the premises. Once inside utmost silence is advisable; the sanctity of the place is palpable. The ashram was founded in 1926 by Sri Aurobindo, who spearheaded the concept of advanced world vision; but it was under the guidance of 'The Mother', a French lady by the name of Mirra Alfassa, that it developed into a famous spiritual community. 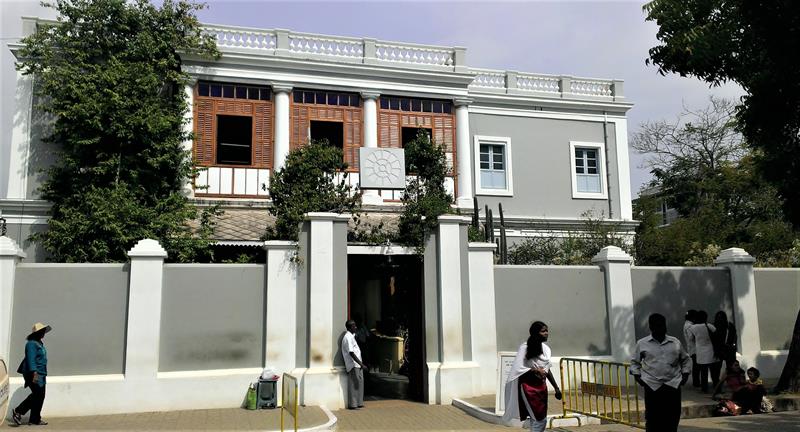 After picking up a few collectables we took a detour and passed by on the streets and alleys that gave a vivid feel of Indian way of life. Away from the French quarters, the rest of Pondicherry felt south Indian to the core.

Some of the best churches in Pondicherry are a must visit. We stumbled upon 'The Basilica of the sacred heart of Jesus'; the Gothic architectural style that dons the entire structure is worthy of praise. The second church we happened upon, 'Eglise de Notro Dame des Agnes', is one of the oldest and flaunts baroque architecture of the Greco Roman style. The 'Immaculate Conception Cathedral' is the mother church for the Roman Catholic Archdiocese of Pondicherry. 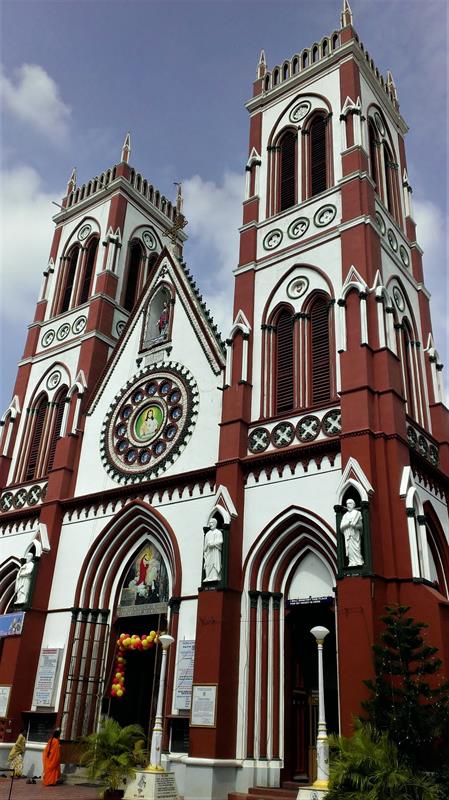 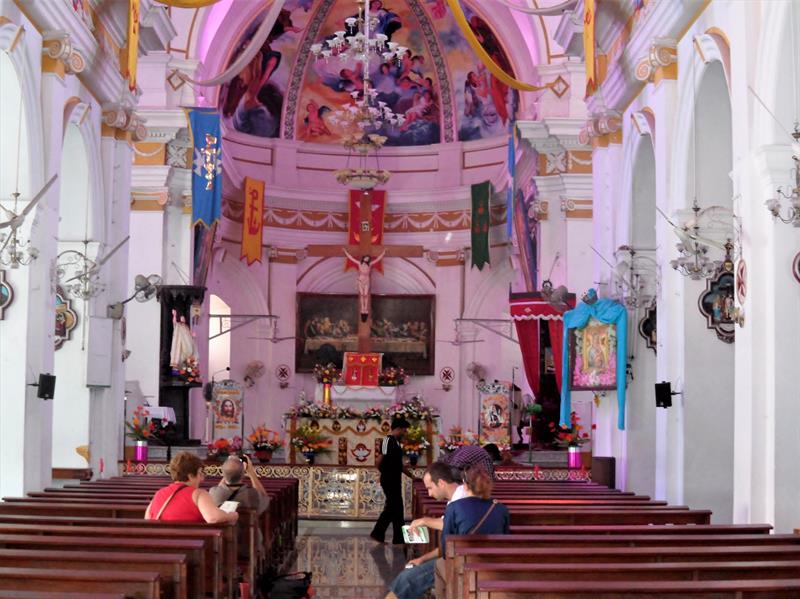 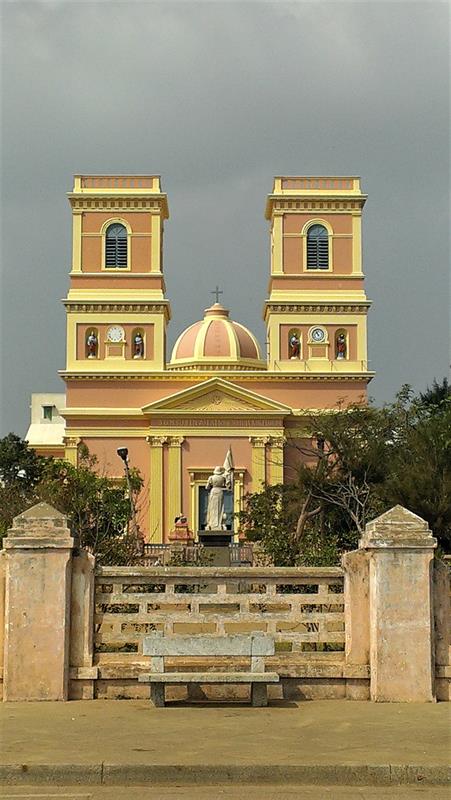 Extensive touring since morning left me peckish. When in Pondicherry, French cuisine is the order of the day. So, we hurriedly drove back to the Promenade beach. On the way dropped in at a chic restaurant; while entering a French woman, supposedly a general factotum, escorted us to the seats. 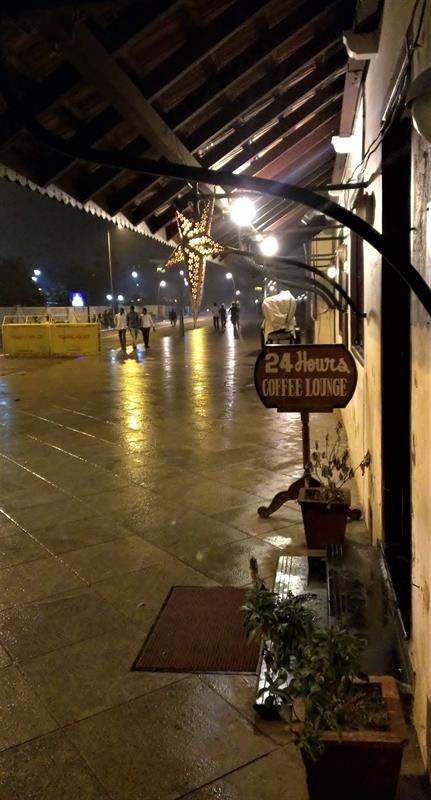 There is a dispute as to the origin of French fries; be it Belgium or France — nevertheless, I can swear by the taste of the French fries served on my place at various restaurants and cafes in Pondicherry. They are the best that I have tried in India so far. 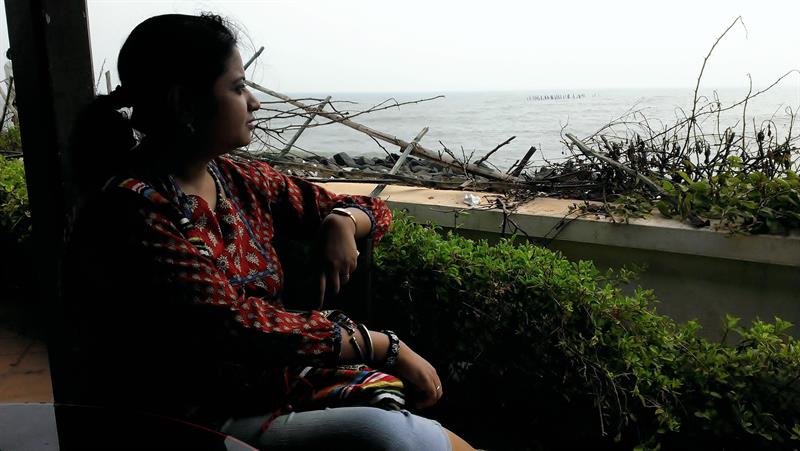 That evening went for a walk by the sea, took pictures, hanged around the famous Gandhi statue on the beach. Time is a constraint, the beach shuts down a little early. One can indulge in some fancy shopping at the nearby boutique stores. However, the cafes stay open till late in the night. 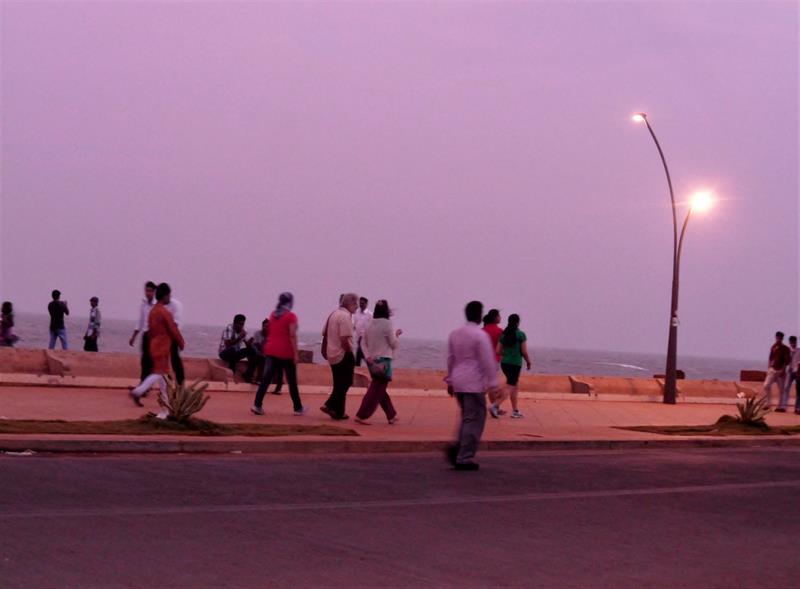 The next day went beach hopping, there are a few other beaches worth visiting. Among them, the Plage Paradiso (Paradise island) and beach is a photographer's haven and one has to take a boat ride on the Chunnambar backwater to reach this exotic destination. The Chunnambar backwater is the most famous backwater in Pondicherry and remains busy with boats ferrying tourists to and fro throughout the day. 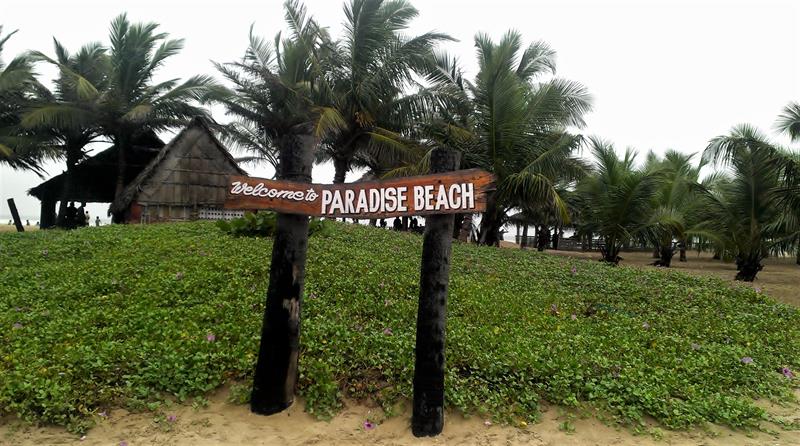 The Paradise beach is the most beautiful beach one can get at in Pondicherry. It offers a wonderful sunrise view and is secluded, hence very serene and calm. However, we reached around midday — the sky was clouded over, it was windy and suddenly a flurry of rain began to drizzle down on the soft sand. The weather turned absolutely fantastic; to be on that island beach was quite an exhilarating experience and we spent a considerable amount of time sauntering up and down. Several thatched shades dot the beach, one can sit around and unwind and even munch on the snacks available at the shacks. 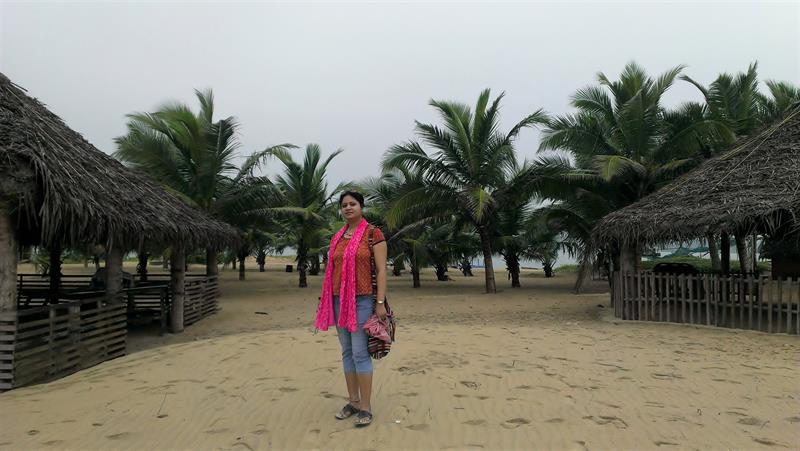 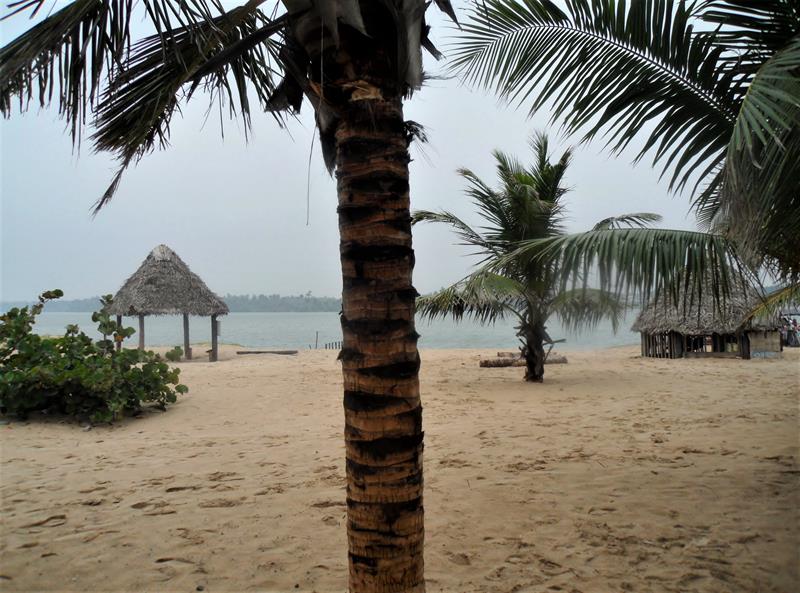 I could not refuse the adjuration of my chauffeur who wanted us to visit yet another beach, locally known as the Serenity beach. A little musing, a tête-à-tête with a local, some quick pictures and that was it, we were done for the day. Tired as we were, went back to the hotel to spend the evening on our balcony overlooking the sea. 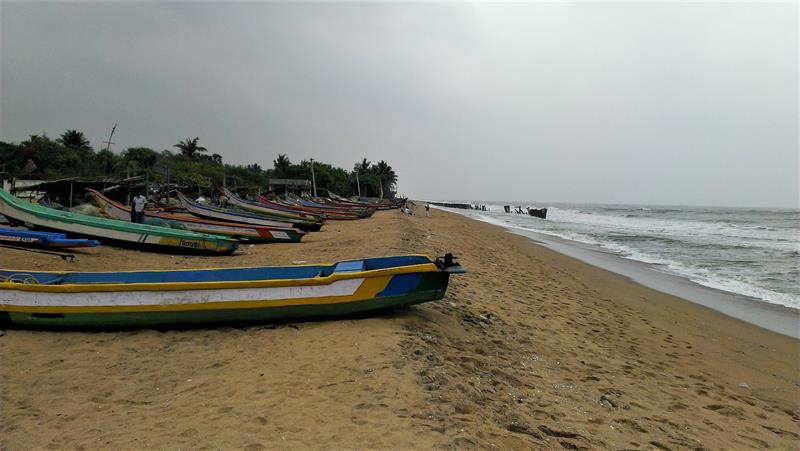 The following day visited 'Auroville' — it is a universal township founded in 1968 by Mirra Alfassa and designed by architect Roger Anger. Here, people from all walks of life, irrespective of caste, creed and religion live unitedly. The motto is to live in harmony and practice humanity as a religion. The iconic Matrimandir is located in the middle of the township. The entire area, a manicured lawn surrounding it, is called the peace area. The unadulterated peaceful vibe of the place is something to reflect upon. The Auroville beach is also a very tranquil place to visit and should not be missed. 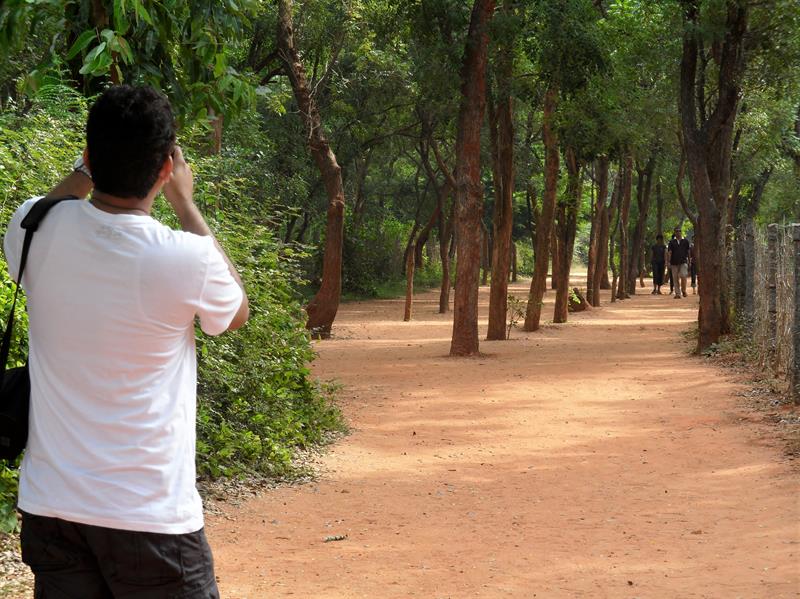 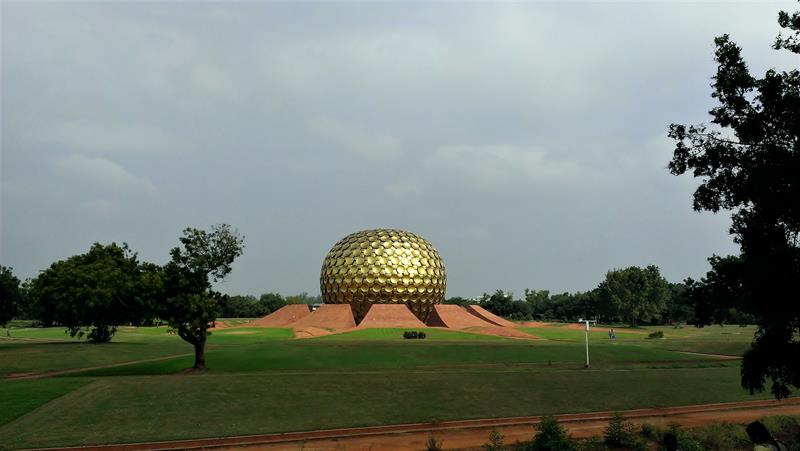 The rest of the day was spent hanging around the Promenade. Went to the famous Alliance Francaise de Pondicherry, came across a group of locals playing 'Petanque' — a French sport that the people of Pondicherry have imbibed, from their occidental counterparts, over the years. It is played with metal balls on a hard surface with a glass of pastis at hand. Some quality time in Le café, an old café by the beach and that brought us to the end of our three days sojourn in this bewitching seaside destination. 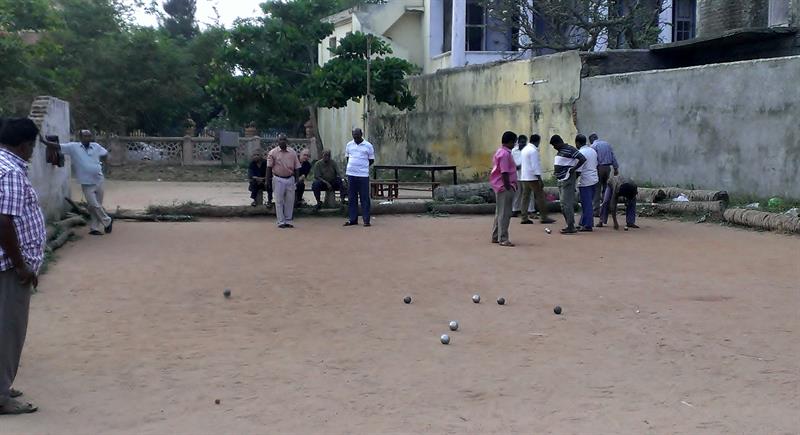