Having visited Darjeeling three times in a row, we hankered after other sequestered destinations on the mountains. After a thorough screening we zeroed in on Pedong. Pedong is a village in the Kalimpong district of West Bengal; it is nestled at an altitude of 4,068 feet; in the past it used to be a trading hub when trade between India and Tibet burgeoned through the Silk Route. Tourism, here, has thrived over the years, generally the offbeat travellers who have a penchant to spend time amidst unadulterated nature, away from the touristy spots, visit this place. 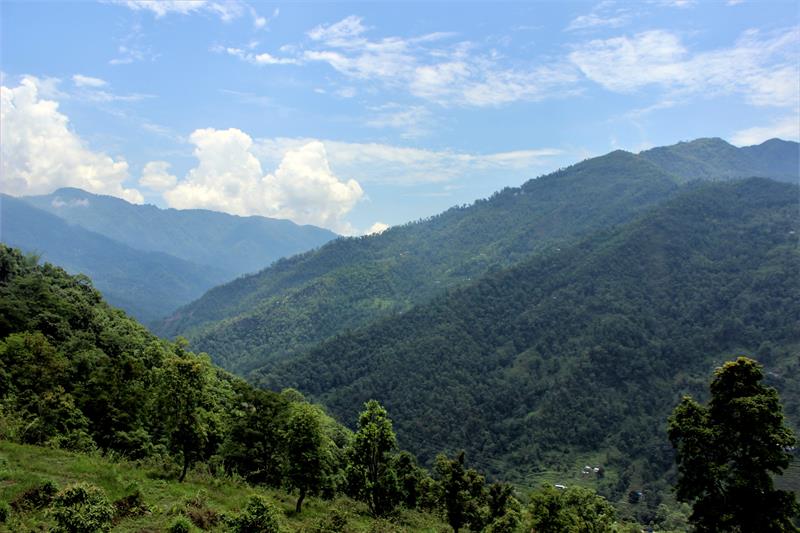 Getting off at the New Jalpaiguri (NJP) station we arrived at a dainty resort built on top of a cliff. After striking up an acquaintance with a handful of friendly staff, we went out to explore the area. A serpentine road that cuts through the village was a good experience to walk on. It was evening and most of the shops were shut. Some people were seen clocking off, presumably heading home. We trotted a few metres ahead and came across a field where a football match was going on. Villagers sitting on the steps were cheering the players; however, our presence was something new to them. 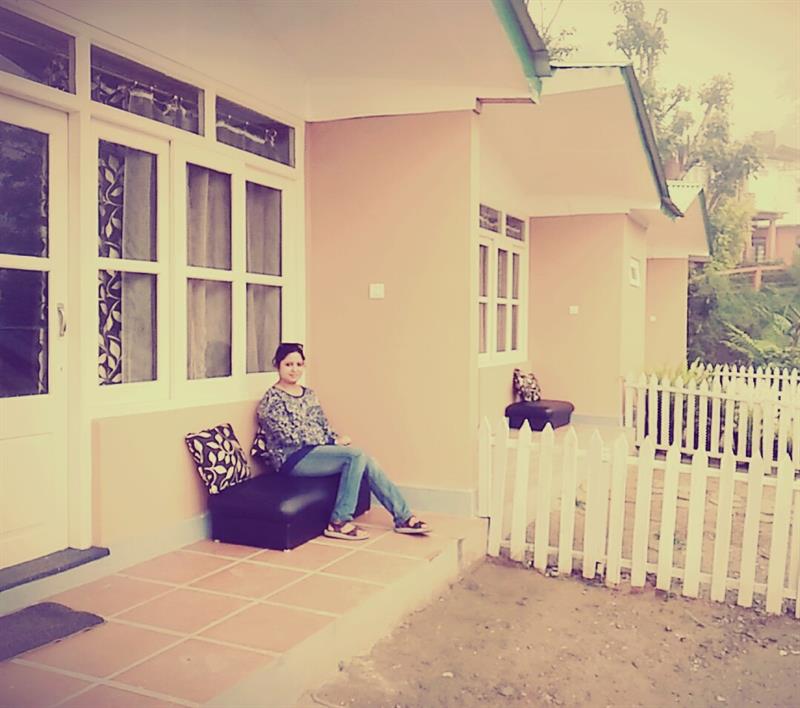 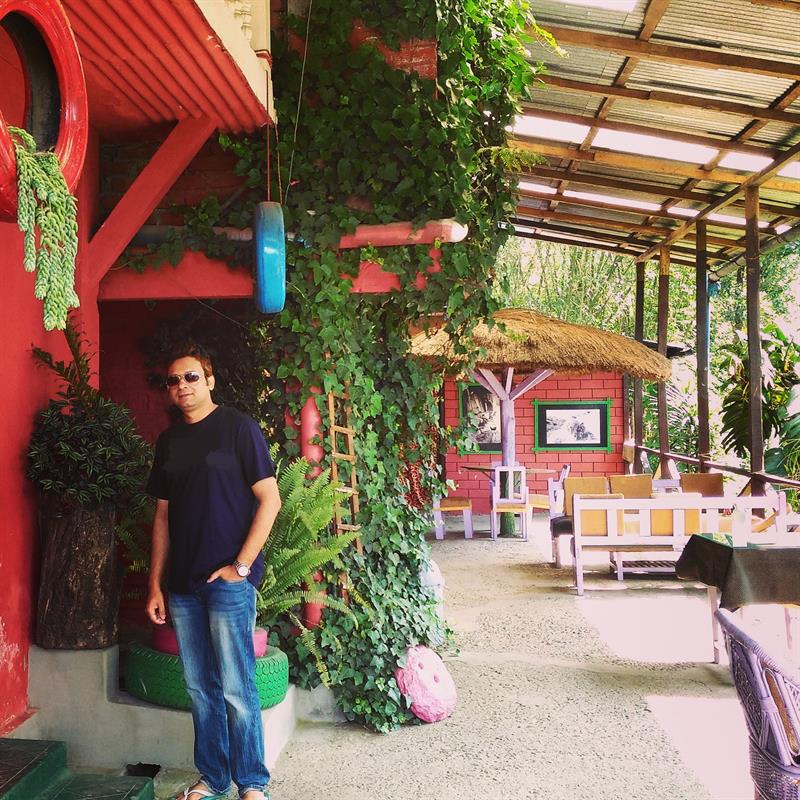 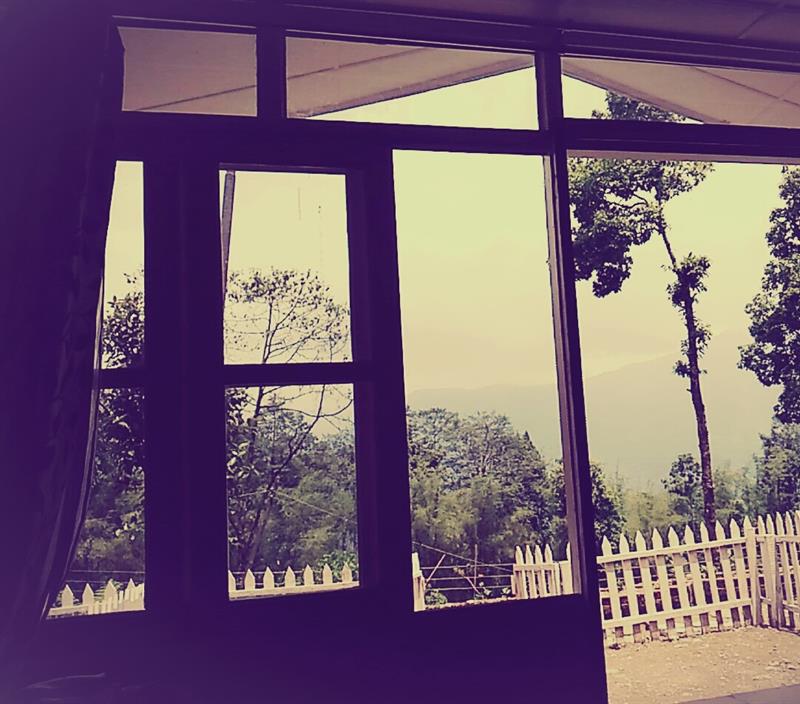 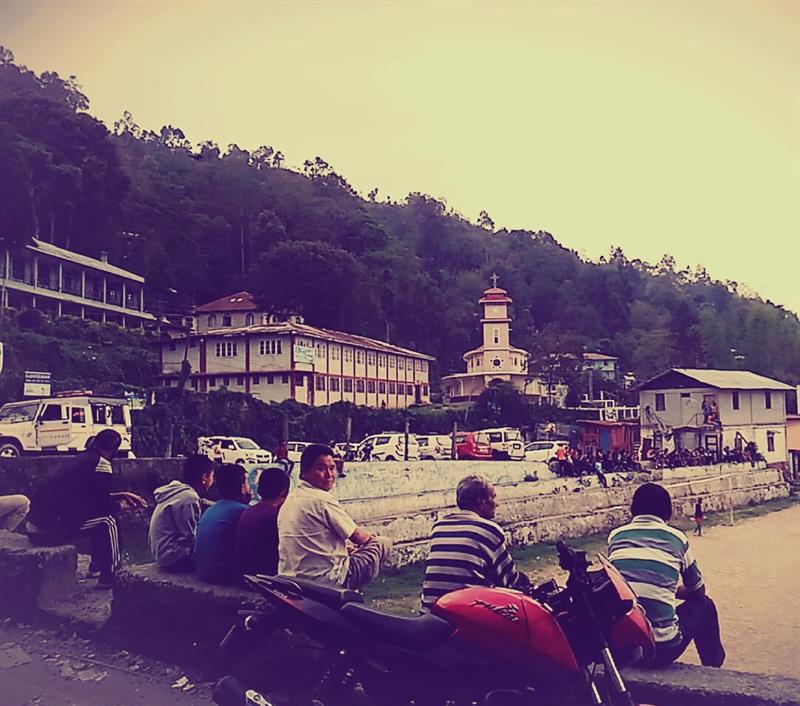 That night we dined in the room. Outside it was dark and cold and a myriad of insects were jigging around the lights just outside the door. It was the beginning of a very rustic stay at a resort tucked away in the serenity.

Next morning, woke up to a wonderful view of the misty mountains. After eating a wholesome breakfast, started off for the Aritar lake. The lake is approximately thirty kilometers away from Pedong and situated in the East Sikkim district. While entering Sikkim carry any identity card and you are good to go. The emerald green water of the lake is a feast to the eyes. Boat rides are available for the tourists; however, we preferred to walk around the lake. A sunlit sky, a green surrounding and the placid water of the beautiful lake was quite invigorating. 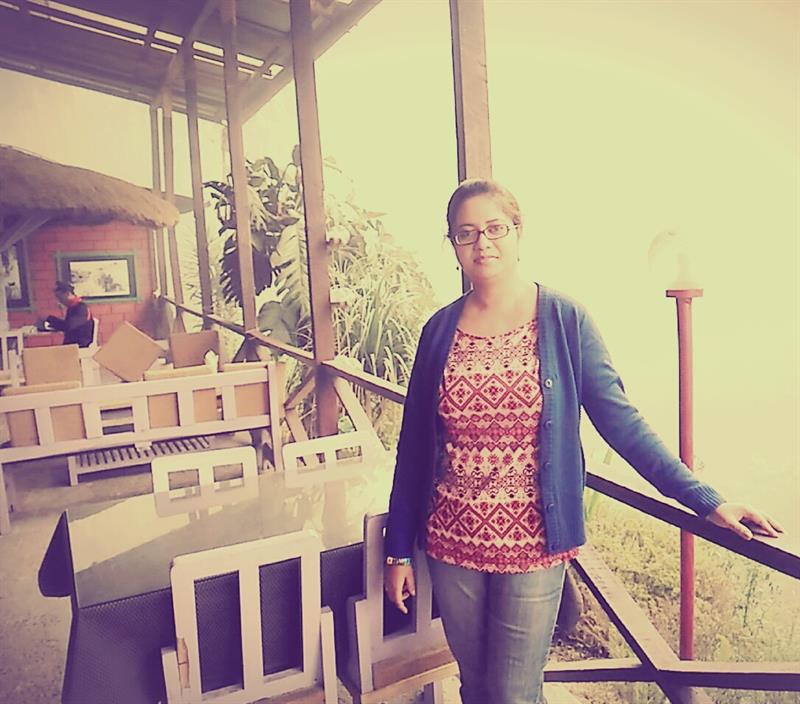 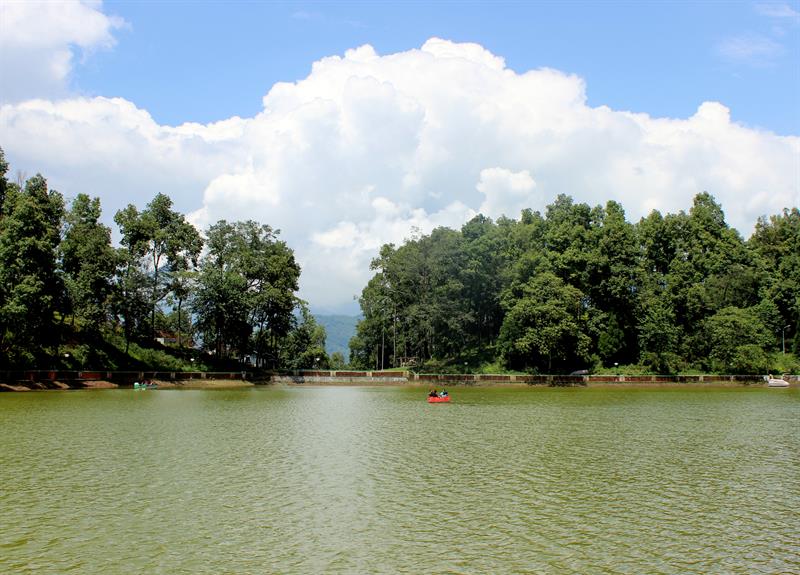 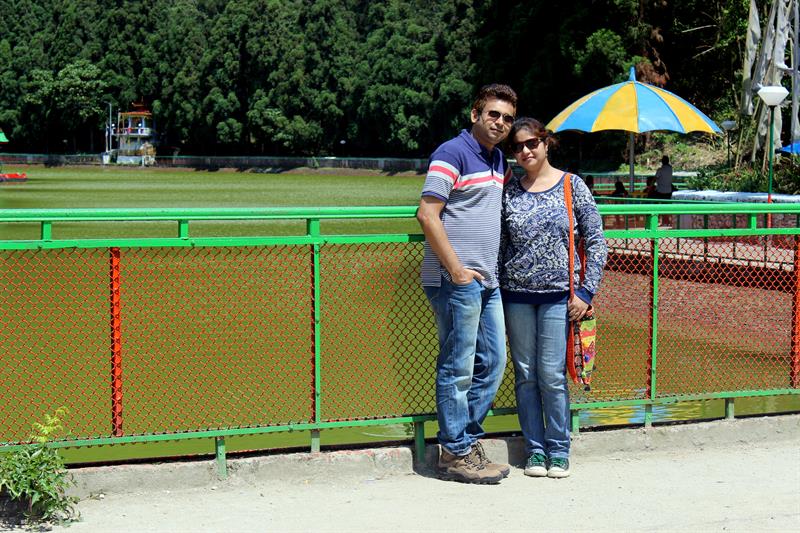 The next destination that we arrived at was another exotic village by the name of Rishikhola. This place is located on the border of Sikkim and West Bengal. The village has derived its name from the pristine river that flows through it. Surrounded by lofty mountains and the tall trees, bursting forth in a riot of green, this is a perfect place to unwind and relax. It is also a common stopover for tourists travelling to the Silk Route, which was once the trading route between India and Tibet. Rishikhola is home to a variety of exotic Himalayan birds. Some homestays and camping facilities are available at dirt cheap price. Last but not the least, a plethora of organic vegetables that the villagers cultivate are being fed to the tourists who come to halt or spend a day or two in this hamlet. 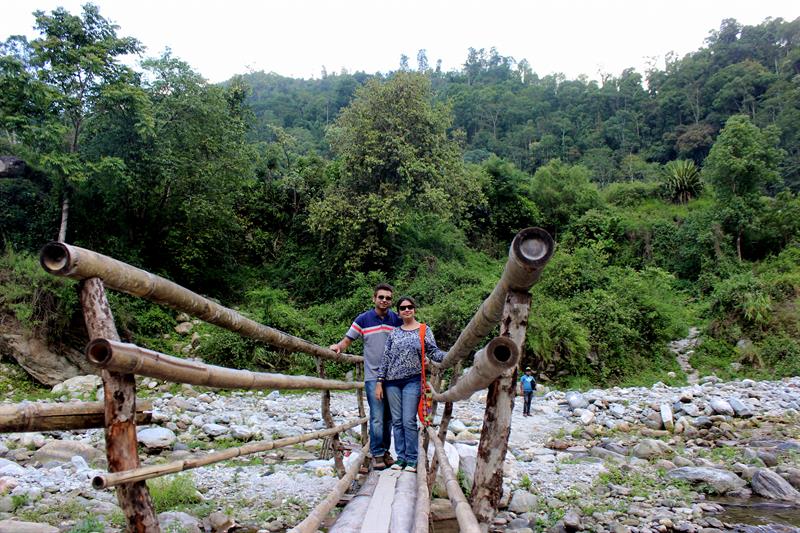 After digging in and procuring some fresh vegetables from a farmer we started off. This time the car hurtled along a sinuous path winding up and down a mountain and finally reached Cross Hill. At a distance of about one and a half kilometres from Pedong, Cross Hill is a very scenic place to be. It is named after the cross that had been erected as a landmark by a French missionary, father Augustine Desgodins, in the year 1882, while his journey to Tibet through the Nathula Pass. However, the place has got utmost tourist significance as it offers a candid view of the Kanchenjunga range on a clear day; from here one can also get a glimpse of Tibet. The best time to visit is during sunset when the surroundings are draped in the crimson hue of the setting sun. We had a nice time gazing intently, as far as our eyes could see. 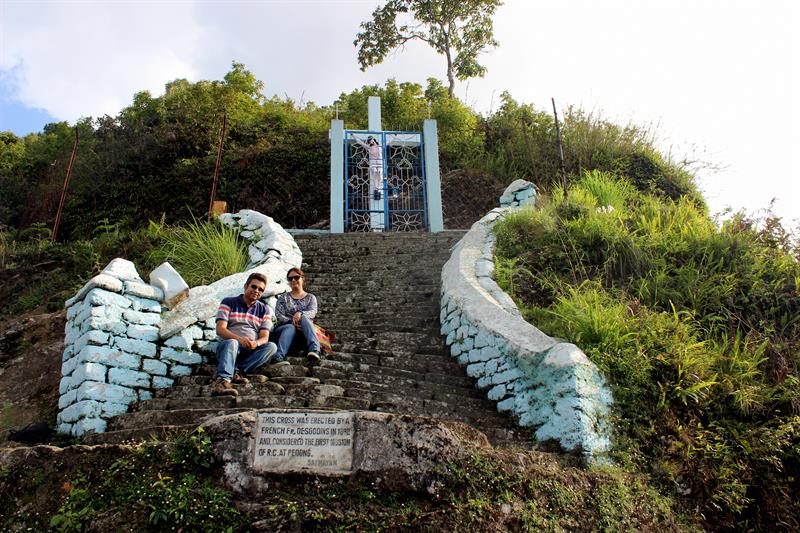 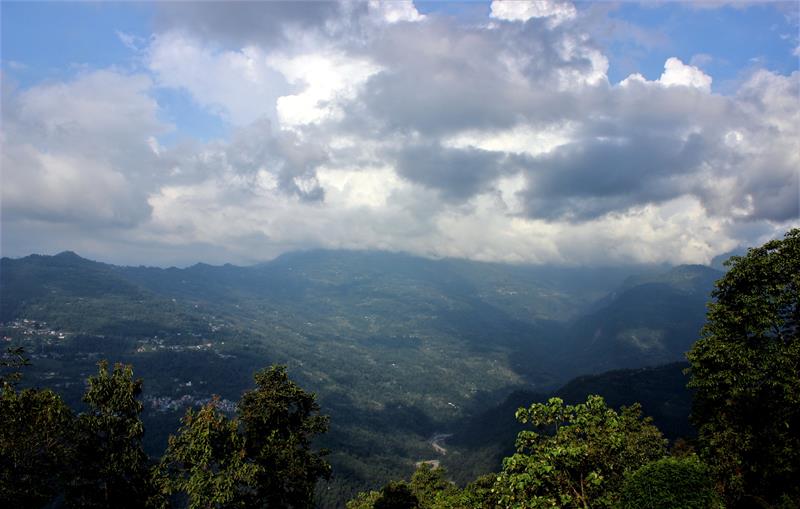 While coming back, dropped in at the Pedong monastery. Unlikely, a very articulate monk showed us around; it is a Bhutanese monastery and was built as early as 1,700 A.D (Kalimpong, being a part of Bhutan then, was annexed by the British and added to Bengal). The architecture and the frescos were quite fascinating to look at. 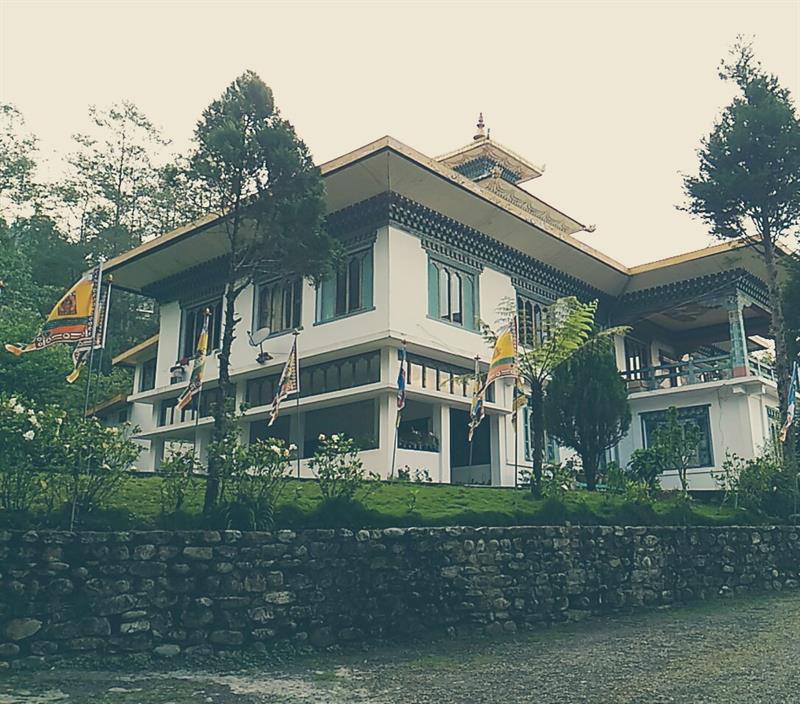 Back at the resort, that night we unbolted the door, not minding the insects and sat outside soaking in the tranquillity and the aura of darkness. The moon atop, as well as the symphony of the buzzing crickets below and the spangled huts that glistened in the dark, far away on some other mountain, was pure bliss.

The next day had yet another packed itinerary, visited the Durpin monastery perched on top of the Durpin Dara hill. From here one can view the sacred peaks of Kanchenjunga and also marvel at the beauty of the Teesta river. Taking some beautiful pictures, drove up to the famous Cactus garden of Kalimpong. The nursery has an overwhelming collection of different species of cactus. The variety of cacti and succulents will surely mesmerise anyone visiting the place. A nominal entry fee has to be paid, bought a few cacti to carry back home. 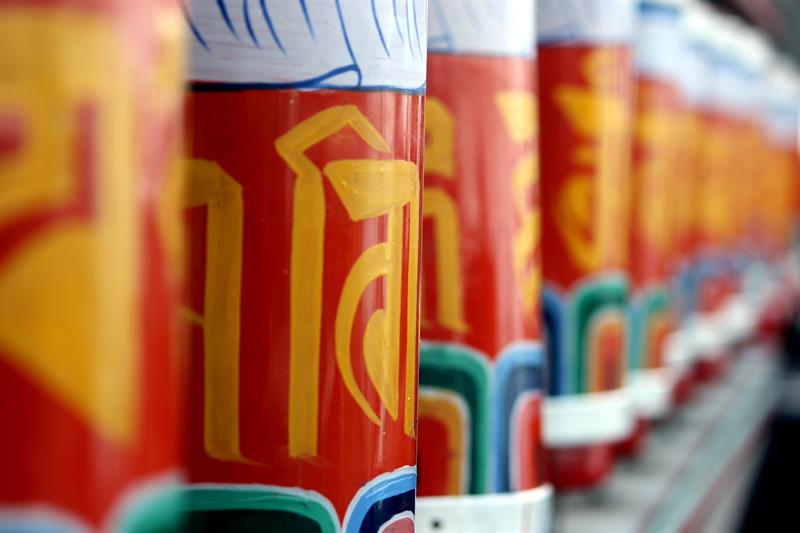 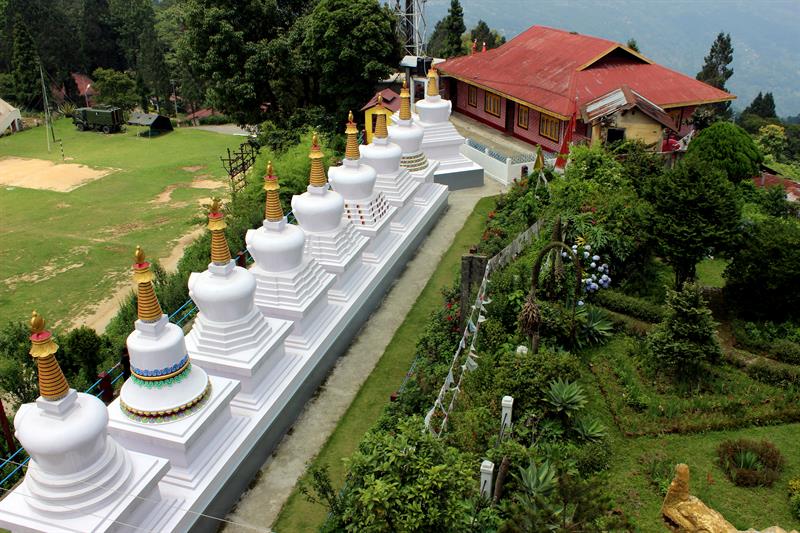 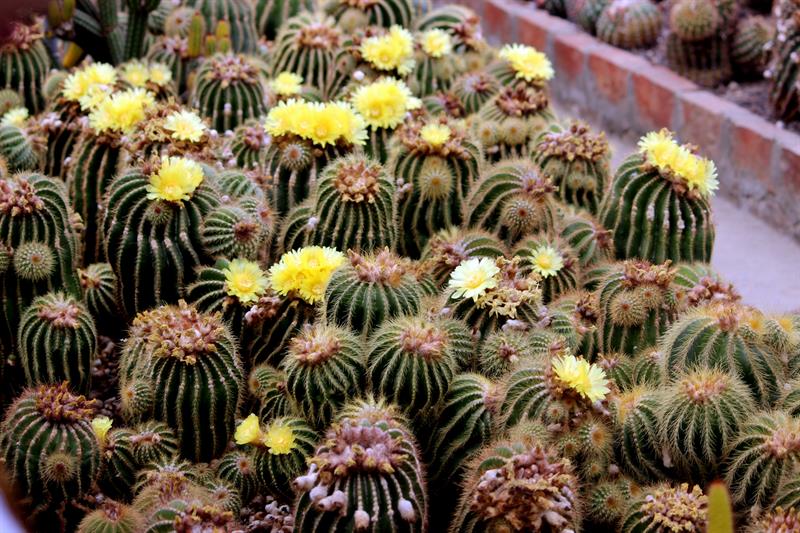 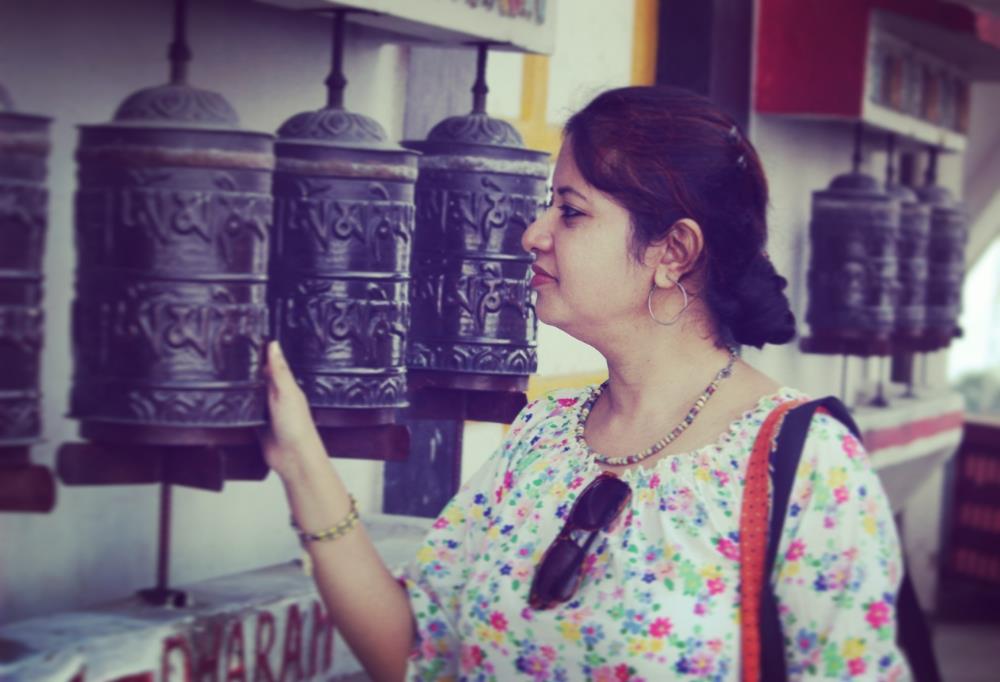 On the way, got down at the Golf course; it is an army golf club, the civilians are not allowed in. However, one can sit in an open cafeteria situated by the golf course and tuck in some delicious momos while enjoying the greenery all around. Morgan House, a mansion depicting British colonial architecture, is located just adjacent to this place. Initially built by a British jute merchant, the property has been turned into a hotel by the West Bengal Tourism Development Corporation. 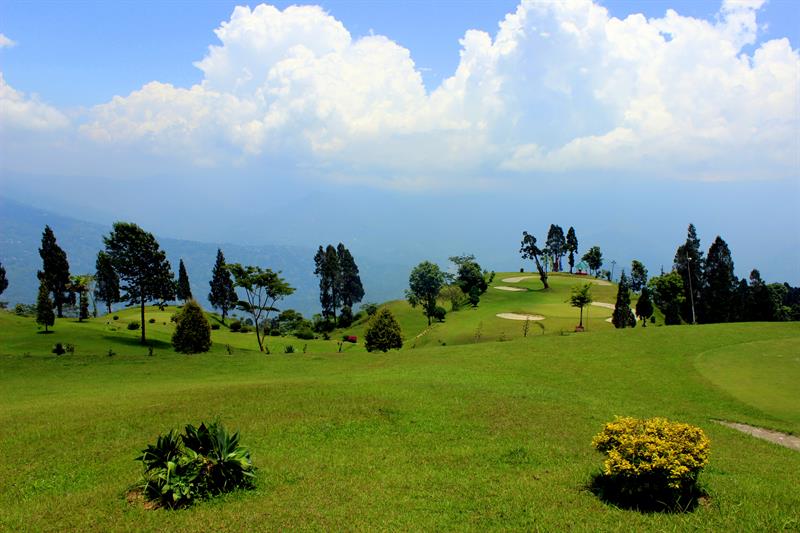 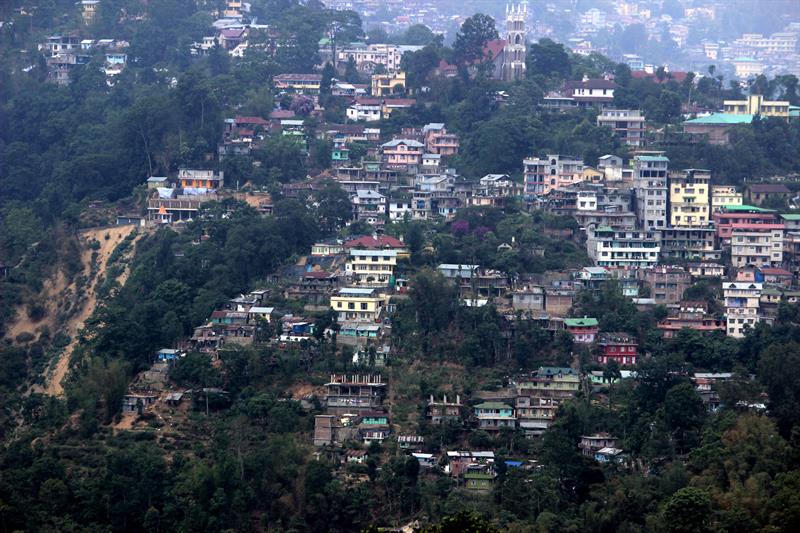 Jaunting around for quite sometime, we decided to drive up to Delo; it is considered to be the highest point in Kalimpong town. Once on top, one can get a 360-degree view of the town, the surrounding villages and the Teesta river. A bevy of exotic flowers embellish every nook and cranny of the hill and it is considered a popular picnic spot for the tourists as well as the locals. 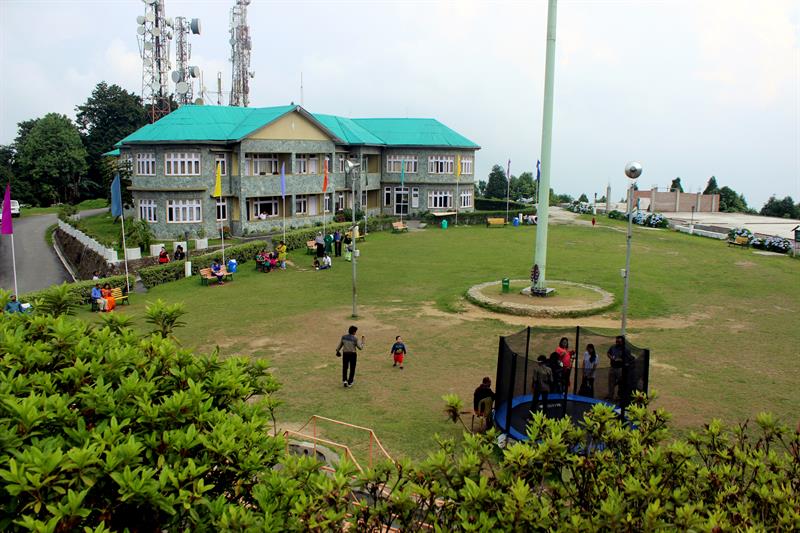 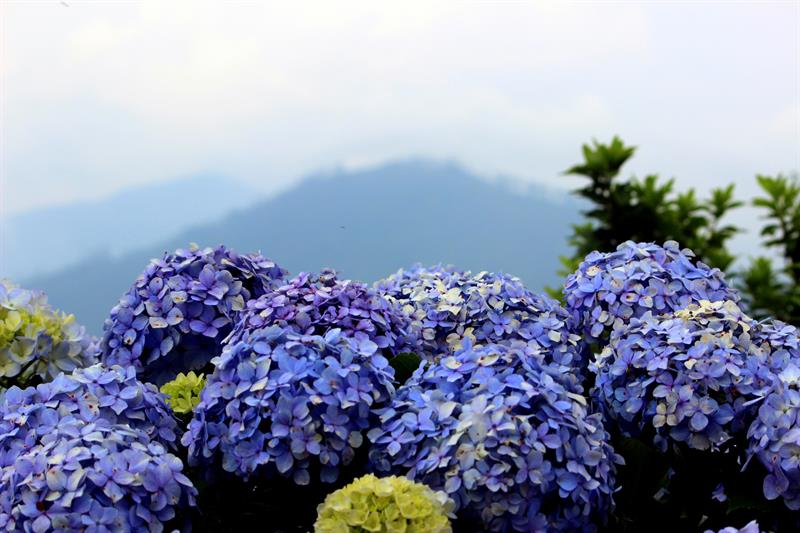 The final night, we kept it low key. Pulled the curtain to gaze at the stars; the crickets continued their orchestrated buzz while I drank hot chocolate, contemplating upon the fugacious nature of life — 'All good things must come to an end.' The following morning bade adieu to the friendly staff and headed to NJP station. Pedong was indeed a different experience altogether.