Kushinagar, a district in state of Uttar Pradesh, India is famous as Buddhist pilgrimage. It is considered to be one of the holiest places among the famous four pilgrimage of Buddhism. Lord Buddha gave his last sermon in Kushinagar. The followers of Buddhism consider Kushinagar as a sacred place and visit this place, once in the life time.

The surrounding and environment of Kushinagar is very pleasant. Since it is situated away from the hush of busy world, one can experience a peaceful life here. Seeing the increase in tourist attraction every year, several projects are being planned by state government. A plan for international airport has been passed. Other countries like Korea, Japan, China are also interested to launch projects in Kushinagar.

According to archeologists, Kushinagar was identified as Kushawati in pre-Buddhist period and as Kushinara in Buddhist period. It is said that the name Kushawati, originated from the name of King Kush, son of Lord Rama. It was the capital of Malla dynasty. Later many more dynasties reigned over in Kushinagar. Some of the famous dynasties are Maurya, Shunga, Kushana, Gupta and Harsha dynasties.

It is believed that Kushinagar was a living city till 12 A.D. But in medieval period, the city was lost.

The present and the modern Kushniagar, became popular in the 19th century when the famous archeologist A.Cuningham followed by Carlyle did a survey and discovered the main stupa and reclining statue of Lord Buddha. After that, pilgrims started visiting the place. In 1903, Ven. Chandra Swami, a Burmeses Monk, came to India and build "Mahaparinirvana Temple". And then, Kushinagar turned to be a living shrine. After that, several followers of Lord Buddha visited here. And now, several temples have been developed here. And Kushinagar is now known as Buddhist pilgrimage place as well as picnic spot.

Kushinagar is located in eastern part of Uttar Pradesh which lies on National Highway NH-28. It is cool and calm place, located away from the hush of busy cities. Kushinagar is spread in the area of 2873.5 Sq. km. It is bounded by Bihar state in the east, Mahrajganj in the west, Gorakhpur in the southern- west , and by Deoria in the south. The other famous buddhist pilgrimage places near Kushinagar are Sravasti- 274 km, Kapilvastu-157 km, Sarnath-271 km, Kaushambi 391 km and Lumbini-170 km.

Since Kushinagar is related to Lord Buddha, several temples and monastery have been developed here by the followers of Buddha. Understaning the cultural importance, Government of Uttar Pradesh is also working on several projects in order to attract more and more tourists in Kushinagar. 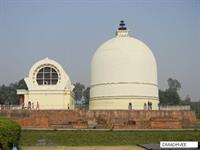 It is another important attraction of Kushinagar. People who visit Kushingar, are sure to visit this place. During the excavation work in 1876, Carlyle found this brick-made Nirvana stupa. The height of the stupa is 2.74 m. During the excavation work, a copper vessel was also found. On the vessel, a text 'Nidana Sutra' was inscripted. This made the belief that the ashes of Lord Buddha were buried at this place. And this makes it an important destination of Kushinagar.

Seeing the cultural value and importance of Kushinagar, State Government developed this museum in 1992-93. The architecture of the Buddha museum was designed by Japanese team and is worth seeing. The remains that were found in the exaction work have been placed in the museum. The meditation posture of Lord Buddha is the major attraction of this museum. Apart from it, 248 antiques related to coins, stupas, statues, carved panels can also be seen in the museum.

The time to visit the Buddha museum is 10 AM to 5 PM. The museum remains closed on Monday. Indo-Japan and SriLankan Buddhist are located near the museum.

It is popularly known as Buddha Vihar. It is the first monastery of Kushinagar and was established in the year 1897. The development of Kushinagar is result of the hard work and effort of this monastery. Buddha Vihar has the charge of conducting prayers in Mahaparinirvana temple. Several Buddhist temples equipped with adorable metal statutes of Lord Buddha can be found inside the Buddha Vihar. The temples also have rare collection of Asthadhatu (Excavated bone and metal) statues of other Lords and followers. The giant bell is the attraction of the Buddha vihar. 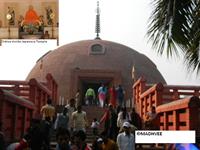 
Also known as Indo-Japanese-Srilankan Temple, was built by the Atago Isshin World Buddhist Cultural Association. The fund to construct the temple was given by Japanese Monarchy. The temple has been designed in the circular shape. The chamber of the Japanese temple has a golden statue of Lord Buddha which is placed in the center. It is made up of a beautiful Ashta Dhatu , which was brought from Japan. The statue came to Kushinagar in dismantled state. Later, it was mantled at this site. 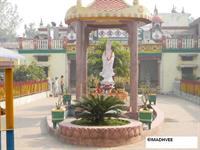 The structure and design of the Chinese temple in Kushinagar is fusion of Chinese and Vietnamese architecture. This makes it appear different from the other temples of Kushinagar. The elements used in designing the temple have been borrowed from different provinces of China. The unique architecture of the temple attracts thousands of devotees and visitors to come to see this temple. One of the salient features of this temple is that it provides free accommodations to the tourists. The beautiful Lord Buddha statue and architecture is the attraction of the temple. 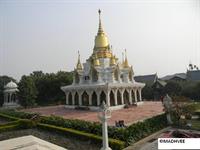 The temple has been developed in a huge complex. The complex used to belong to forest department. And, therefore, variety of plants and trees can be found nearby the temple. Wat-Thai temple has been designed in typical Thai Buddhist architectural style. Since, the temple is surrounded by varieties of plants, shrubs and trees, it provides an immense pleasure to be in the temple. The campus has a pleasant environment and beautiful structure. The temple was constructed in memory of King Bhumibol's accession to the throne of Thailand. 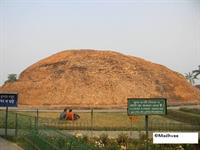 Rambhar Stupa is located at the distance of 1.5 km from Nirvana temple. Lord Buddha was cremated at this place. The Rambhar stupa is in shape of circular drum whose height is almost 15 mt. The ancient structure and design make the stupa look more attractive. The greenery spread around the Rambhar stupa creates a pleasant atmosphere which attracts the tourist to spend time here.

Other places to see near Kushinagar

Dharamshala Temple in Ramkola, a small town in Kushinagar, is also an attraction. Several Hindu pilgrim visit this temple, when visiting Kushinagar. The temple is famous for it's architecture and the statues. An annual fair is organized every year and people from different parts of Eastern Uttar Pradesh come here to enjoy it.

A major city of eastern Uttar Pradesh is famous for Gorakhnath temple, Gita vatika and Gita Press. It is an important place in the railway network which connects North-east India to rest part of the country.

Varanasi is a famous Hindu pilgrimage place which is famous for temples and ghats. The city, which is located at the bank of River Ganga is at a distance of almost 225 km from Kushinagar. Varanasi is said to be land of Lord Shiva. It is believed that the person who takes last breath in Varanasi gets free from the cycle of birth and death. Every day, thousands of devotees come to Varanasi to visit the Vishwanath temple, Sankatmochan temple, Manas mandir and take dip in the precious water of River Ganga.

Other places to visit near Kushinagar are Sarnath, Lumbini. These both places are also popular as Buddhist pilgrimage places.

The best time to visit Kushinagar is from October to April. The weather remains pleasant and one would not get tired. May- August is very hot and visit during these months should be avoided.

How to reach Kushinagar?

Buddhism is one of the oldest religions in the world. Siddhartha Gautama,better known as Gautama Buddha was the divine philosopher who laid its foundation as early as 563 BC. The four holy places of Buddhist pilgrimage are Lumbini where Buddha was born, Bodh Gaya where he attained enlightment, Sarnath where he first preached & Kushinagar where he achieved Parinirvana

Buddhism is one of the oldest religions in the world. Siddhartha Gautama,better known as Gautama Buddha was the divine philosopher who laid its foundation as early as 563 BC. The four holy places of Buddhist pilgrimage are Lumbini where Buddha was born, Bodh Gaya where he attained enlightment, Sarnath where he first preached & Kushinagar where he achieved Parinirvana

This article gives information about Neemsar-Mishrikh, one of the most sacred pilgrimage to Hindus. This is known as the most acknowledged place for rishi muni to meditate, learn, study and acquire knowledge. Pilgrimage to Badrinath and Kedarnath considered incomplete without a visit to this place. This place is known as abode of 33 Crores God-Goddess.