There are lots of tourist hill stations in north India but Nainital is the best one because, Nainital offers all, Which can offer by a tourist hill station like a lake, whether, zoo, snow, boating, temples and hotels etc. The most popular one for which Nainital is none Naini lake. Nainital has two markets Tallital and Mullital. And the lake is between them. You can see Himalayas view from top hills of Nainital from Tiffin top, China peak. Jim Corbett Park of Nainital is world-famous. Important places of Nainital district are Haldwani, Ramnagar, Kaladhugi, Bhimtal, Ramgarh, Mukhteshwar, Sattal, Naukuchiatal.

Nainital is a district of Uttarakhand, situated in north India. It is only 281 km far from Delhi (by road). Pantnagar Airport is the nearest airport to Nainital there are direct flight from Delhi and Mumbai to Pantnagar. Distance between Nainital and Pantnagar is 65 kilometre. There are two ways to reach Nainital by land one is via Muradabaad, kashipur and another way is via Moradabad, Rampur, Haldwani. Both routes are good to travel. If you have your own vehicle then you can choose any one way to rech Nainital. The route via Haldwani is 30 km long in comparison to Kashipur route but it is a more enjoyable route. Another way to reach Nainital via trains named by Uttarakhand Sampark Kranti, Ranikhet Express, Delhi Anand Vihar Kathgodam Shatabdi Express (3 trains Delhi to Haldwani). After Haldwani the only way to reach Nainital via road (via taxi or buses). 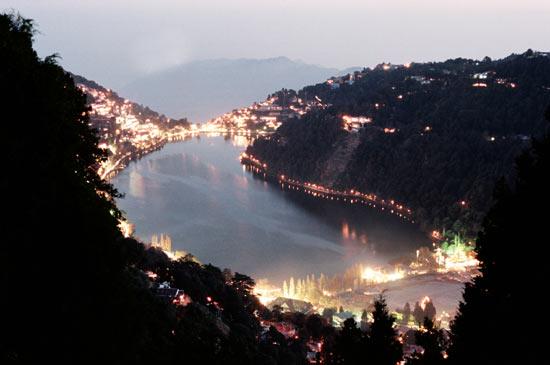 
There are numerous tourist destination to see in Nainital district but most beautiful one is naini lake. 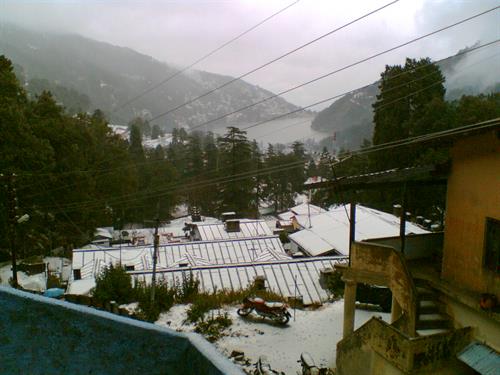 It is the most beautiful lake in Uttarakhand. The lake Naini is surrounded by a city called Nainital. The Jim Corbett National Park is the oldest national park of India. A place to feel the real nature is situated at Ramnagar, Nainital. The name is taken from the name of famous hunter name Jim Corbett who played a big role of the establishment of it in 1936 firstly is none as Hailey National Park. We can see free movements of dangerous animals in the forest of Jim Corbett Park like Lion, Elephants, Tigers etc. More than 70,000 people came in a season to visit The Jim Corbett National Park from India and other countries. Other places to see in Nainital are Tiffin Top, Zoo, Snow View Point, China Peak, Naini Temple, Maal Road ( The way to go Tallital to Mullital ), Bhimtal lake, the lake of Saattal, Mukteshwar Temple.

The number of hotels in Nainital which provides rooms range started from 200 to 20,000 for 24 hrs you can select a hotel according to your budget.

Lots of other religious sites in Nainital which can not miss by a tourist like Nanda Devi Temple, Ghorakhal Temple at Bhawali, Surya Devi Temple at Haldwani.

Surajkund fair - a paradise for craftsmen

This article gives a brief description about Surajkund fair which is held every year in Faridabad. This fair is famous for its art and crafts. In this fair, craftsmen come and display their talent from various parts of the world.

Mata Vaishno Devi, a holy and one of the biggest pilgrimages for Hindus, has devotees all around the world. The people come here with all faith and devotion to get darshans of Maa Vaishno Devi. In this article, I am giving you some travel tips to Mata Vaishno Devi which will help you in a comfort and safe journey.

Pilgrimage to 'Mandi': The location of faith, adventure and nature

This article takes you to the place called 'Mandi' in Himachal Pradesh. Every corner of Mandi is decked up with natural beauty along with cultural aspects. There are so many such untouched places of tourist's importance, which, when seen once, would attract you repeatedly. Let us wade through this place through this article.

This article is on Jaipur local special dishes. Jaipur the pink city is famous for its tourism and thali. Thali refers to metal plate, which contains delicious food varieties. Tourists those who are visiting the pink city can take this information as food guide to taste Jaipur special food recipes.

Nainital is undoubtedly a favourite destination for so many tourists in our country. The lake is the main attraction though hiking and trekking in the nearby hills is equally enthralling. A round of the lake is about 2 km and many locals as well as tourists walk on it. The mall Road is in the sunny side but the opposite road known as 'thandi sadak' is cooler as it is always under the shade of the hill. Boating is the prime attraction and in earlier times many used it to go to the Eastern end of the lake (Tallital) from the western end (Mallital) but nowadays some pedal or battery rickshaws are available which can be used to go from one end to other. The lake divides this town in two distinct regions known as Mallital and Tallital. People living in Mallital walk from Mallital to Tallital while people living in Tallital take a trip of Mallital and many of them have this daily routine in their lives. There are a large number of eateries offering variety of food items and some sweet shops offering variety of sweets including local sweets also. The local 'Jalebi' is very famous and tourists relish it.