Having spent some quality time in the mountains we drove down to the beautiful plains of Dooars. 'Dooars' or 'Duars' apparently means the gateway to Bhutan. It is the flood plains in eastern and north eastern India and lies in the foothills of the Himalayas. The region stretches from the Teesta river in West Bengal to as far as the Dhansiri river in Assam. 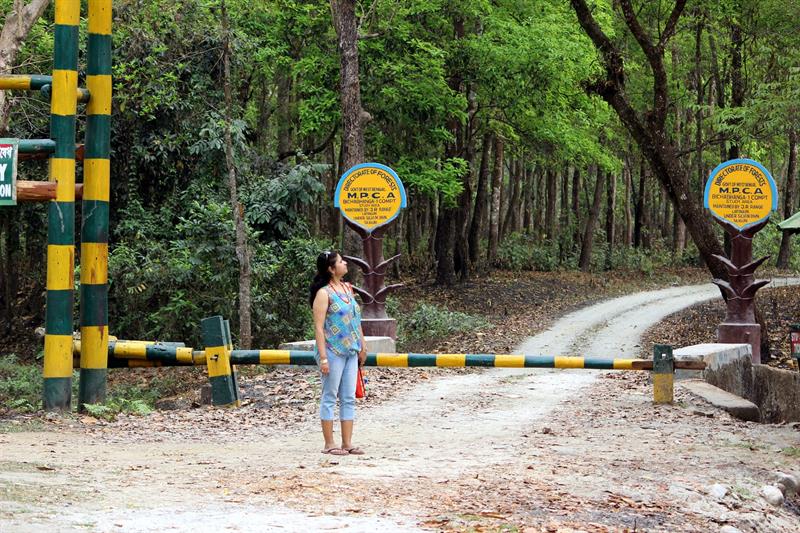 Unlike the piercing cold winds of the mountains, the weather in Dooars is milder and on a wintry morning the rays of the comforting sun added to the bliss. After checking in at a resort in Lataguri, a town in the Jalpaiguri district, made a dash to the watch tower booking counter. It was a stone's throw away, so we were just on time. However, the safari booking counter is far off; but one can procure online tickets without any hassle. But it is mandatory to show up at least two hours before the safari begins or the booking might be cancelled. 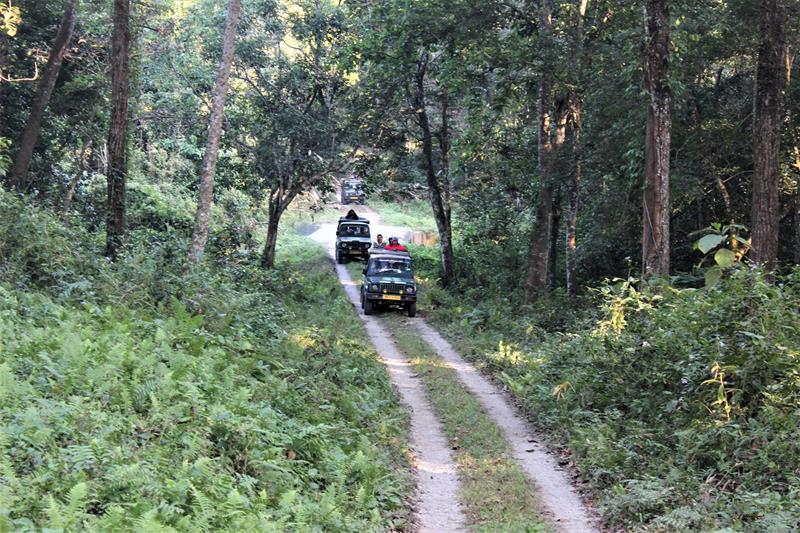 Coming back to the watch tower booking — It is advisable to go in the evening as spotting of animals is frequent during this time of the day. The four most visited watch towers of Dooars are namely — Jatra Prasad, Medla, Chandrachur and Chapramari. Having done Jatra Prasad during our last visit, we opted out of it. 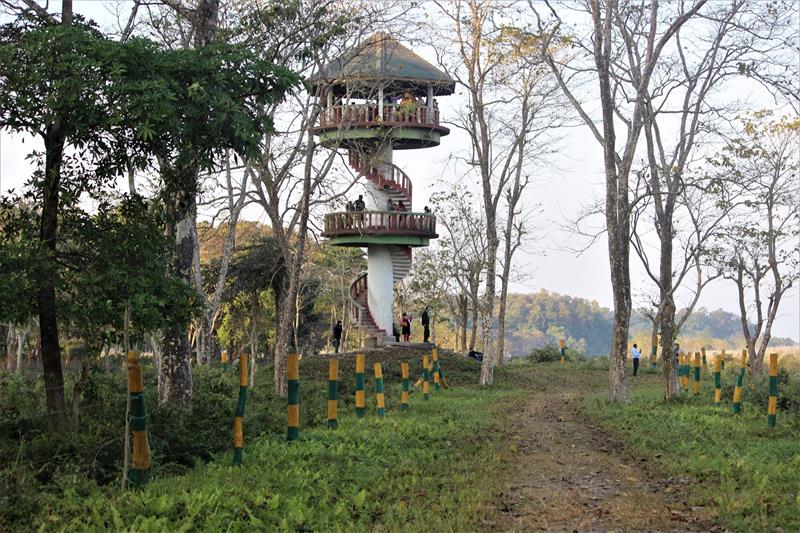 Grabbing a quick lunch at the resort, a safari jeep was issued around 3.15 pm and we were off to the jungle. A guide accompanied us to the Medla watch tower. The drive was scenic — speeding on the concrete road bifurcating the forest, lined up with tall Himalayan trees, was pure joy. At one point the jeep slowed down and took a turn into the Gorumara National Park; however, the gate opens only after the permits are checked. Finally, our forest escapade began and this time it was a raw forest trail that the jeep had to trundle along. 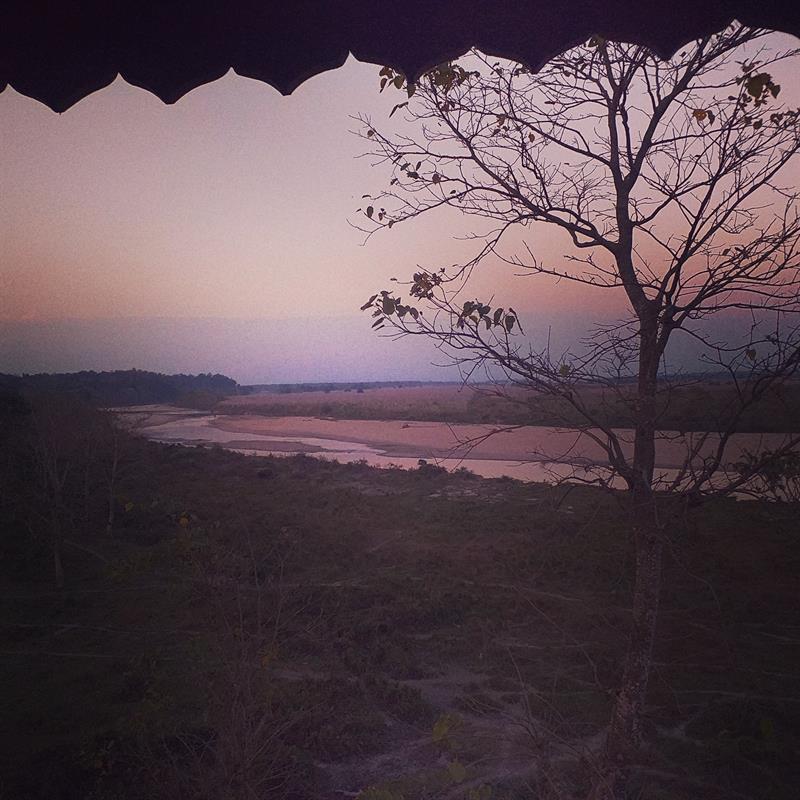 The Medla watch tower is quite into the interior of the jungle, so the tourists get ample time to enjoy the jeep ride. The sight of the tall trees rising and bending with the weight of the branches to form a canopy and letting our jeep pass underneath was such a delightful experience.
One has to alight a few kilometers ahead of the tower and board a buffalo cart to reach the destination. It is something very unique and is not to be found while visiting the other watch towers. Keeping the pandemic in mind, we decided to walk instead. I could see people jostling with each other to get onto them. However, we took many pictures of the gigantic buffaloes hitched to the carts. 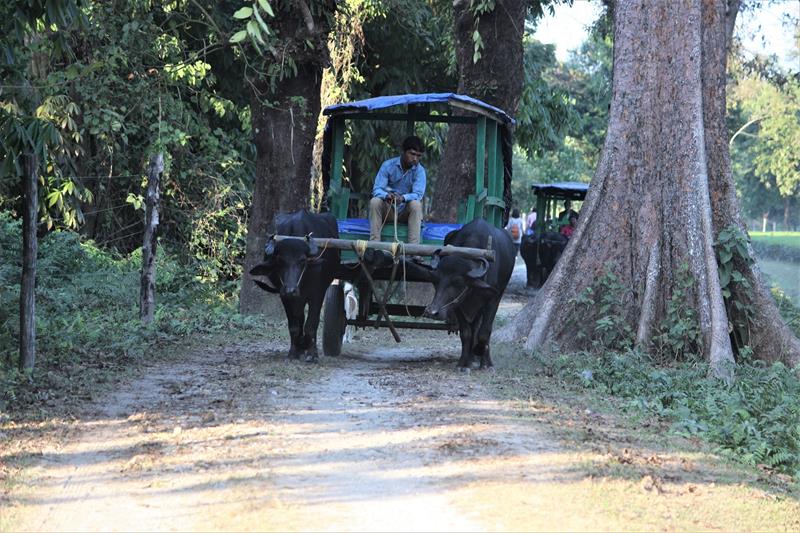 As we walked along, the guide informed us about the surroundings; I heard a kakar (barking deer), saw a wild boar scamper by, walked past a domesticated elephant tethered to a bark, unmindfully munching on some dry leaves. Eventually, after taking a right turn, the Medla watch tower came into sight. It was another five minutes walk and finally we were on top of it. 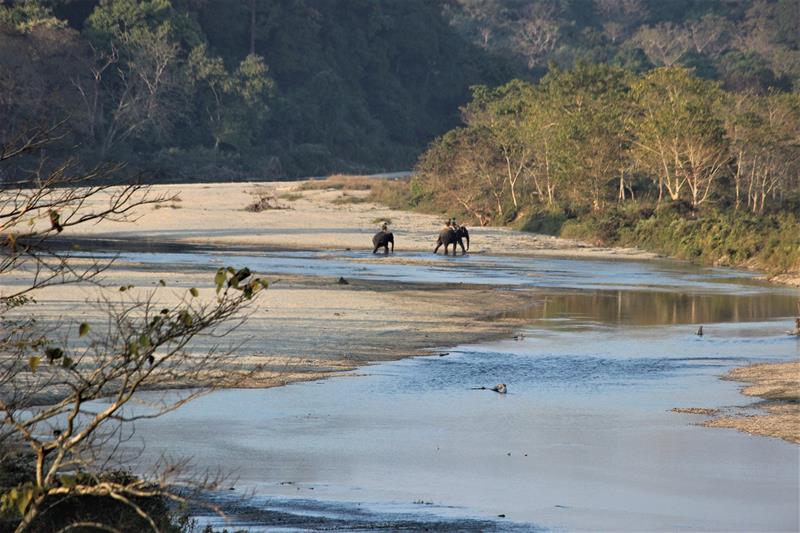 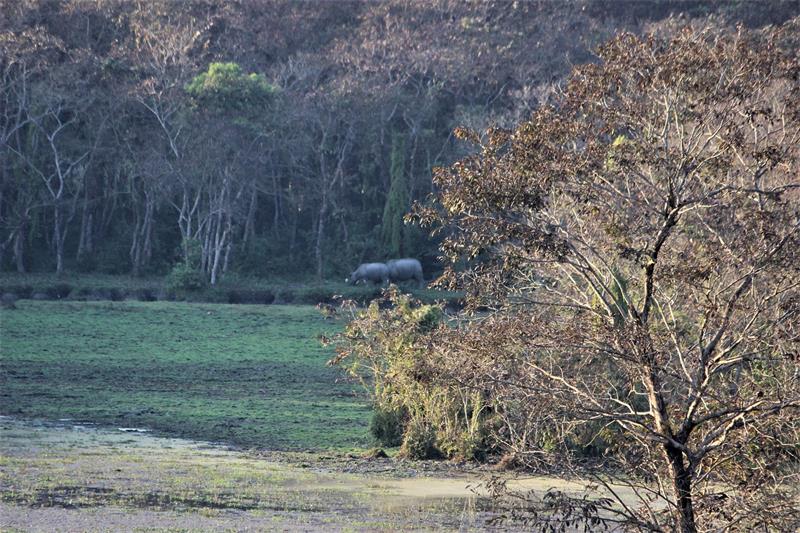 Some of the best views can be captured from here. The Murti river flowing swiftly through and the dense verdure all around is very eye pleasing. The forestry department has made provisions for salt pits where the animals come to lick salt. We were lucky enough to see the Indian one horned rhinoceros, elephants and bisons. However, the tower was crowded; the peace and quiet, that is indispensable to experience jungle vibes, was utterly missing. 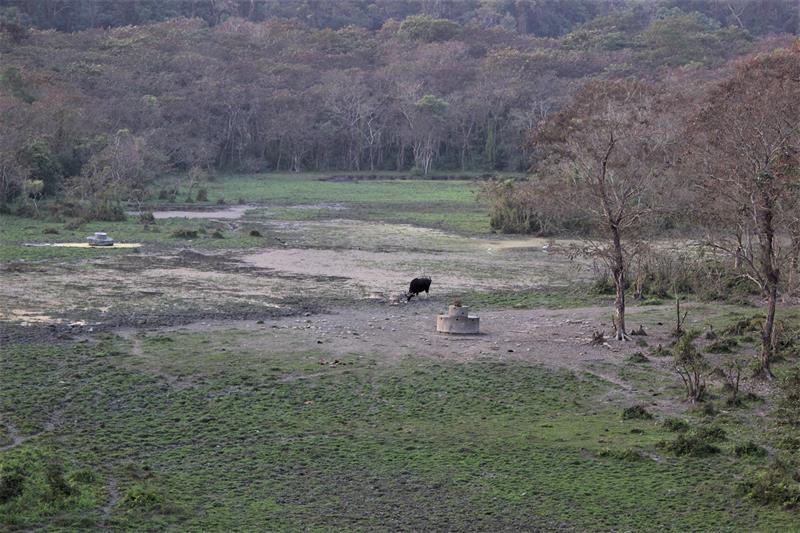 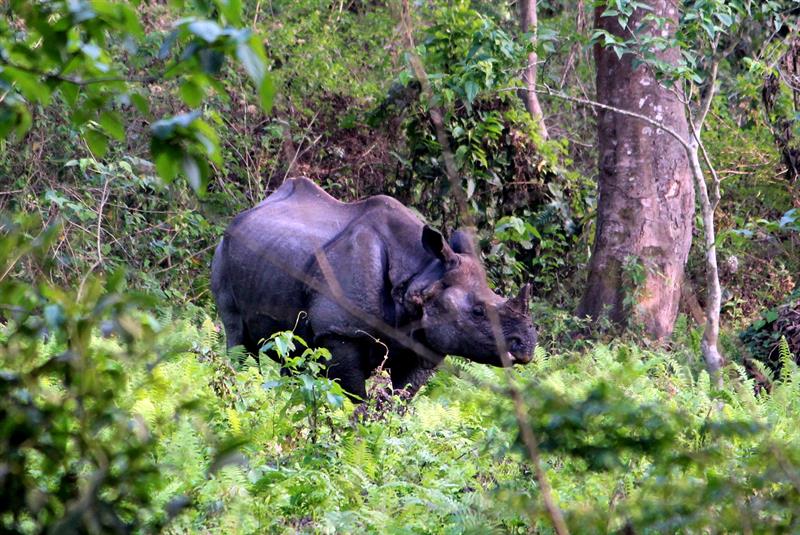 At sundown the entire region was painted in a rosy hue; I took a couple of shots and climbed down. While treading back, felt the dry grass susurrating underfoot, the birds continued their chirping, supposedly, nestled on some hidden branches. The tourism department has a setup inside the forest where refreshment is served and tribal dance is being performed.

By the time we got on the jeep, night had fallen and we had more than an hour to make it through the wilderness. A round moon, peeping through the branches and selflessly showering abundant light, accompanied us all the while. Words would fall short to express the feeling of travelling through the forest at night; the experience was one of a kind.

The next day, likewise, we showed up at the office for our next watch tower visit. Again, an evening safari ensued and this time we were heading towards the Chandrachur watch tower. Previously known as the Khunia watch tower, it is also located in the Gorumara National Park. Absolutely got swooned by the panoramic view that the place has to offer; the unkempt grasslands, shrubs and the trees gave a vivid feel of wild life. This place is famous for the sighting of wild elephants and Indian bisons. Luckily, we were the only souls present there —just the four of us and the entire tower to ourselves. That evening I could finally feel one with nature, the rutilant visage of the setting sun was so beautiful to behold. 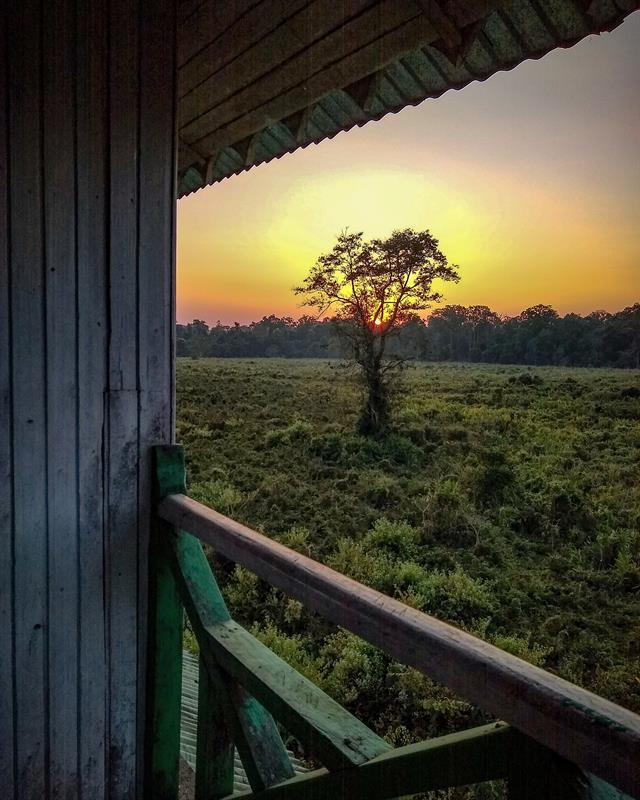 Visiting the Chapramari watch tower, the next day, was yet another exhilarating experience; this sanctuary is one of the oldest forest reserves in West Bengal. It is an extension of the Gorumara National park, a smidgen being separated by the Murti river. It is home to a variety of wildlife such as the cheetal, sambar, barking deer, pangolin, not to mention the mighty elephants and bisons. I could see the bisons glowering at each other to have their fill of the salt, while the deer maintained a safe distance and waited for their chance. 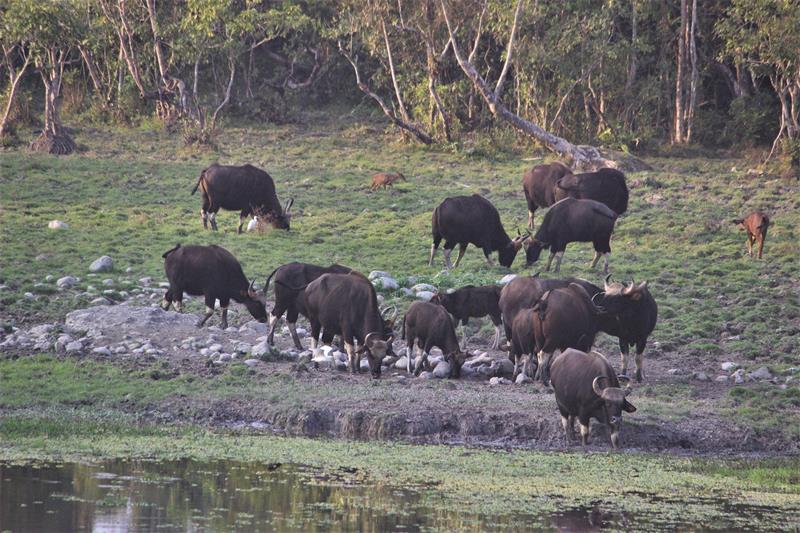 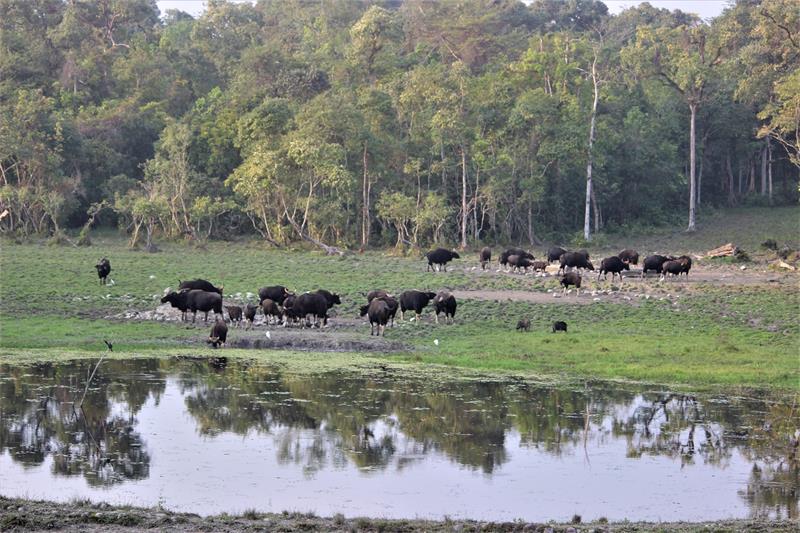 We were lucky enough to spot many birds, some flew across while others were busy grubbing for insects. Among the common Indian birds we spotted two Himalayan species — the Hill Myna and the white-capped redstart. The best part is one can even prebook a stay in the forest lodge, right next to the watch tower, amid greenery and enjoy the company of the wild animals. 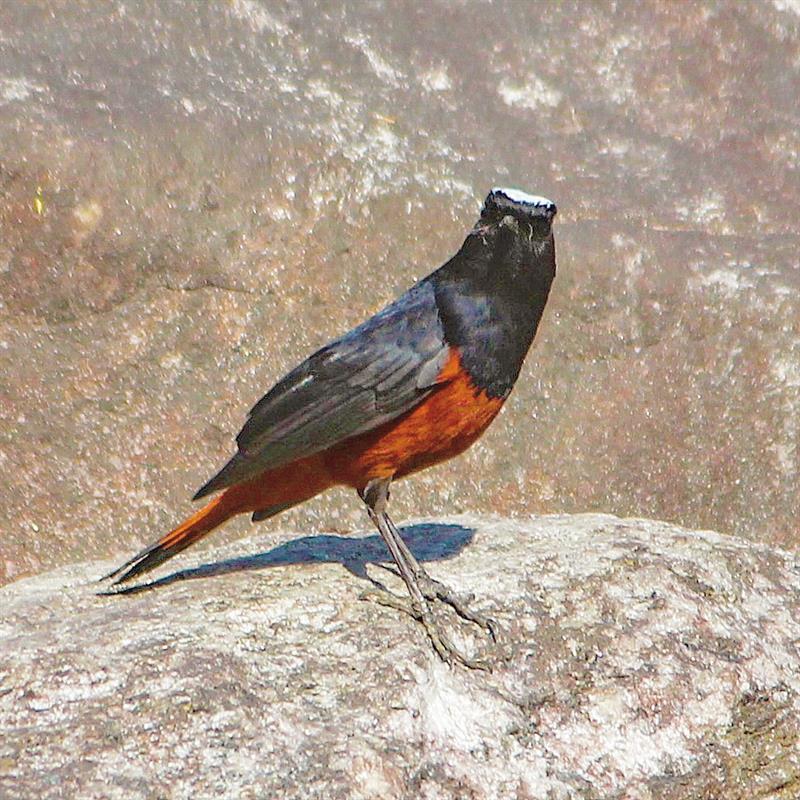 We had yet another day at our disposal; although through with the watch towers, there are plenty of other places to visit in and around Dooars. So, without much ado, started for Bindu and Jhalong. On the way got down on the bank of the Murti river. The pristine water that criss-crosses Dooars, originates in the Neora Valley National park and after completing its winding course joins the Jaldhaka river. 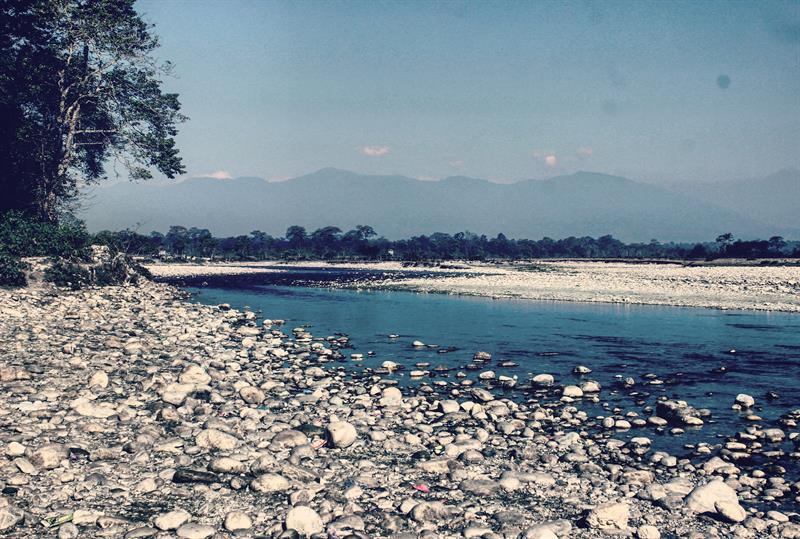 Bindu is a village that lies in the India Bhutan border. India's second oldest dam is located in Bindu. One can get a close glimpse of the Jaldhaka river and enjoy the sound of the babbling river flow by. It is a perfect place to halt and spend some time ruminating in the lap of nature. 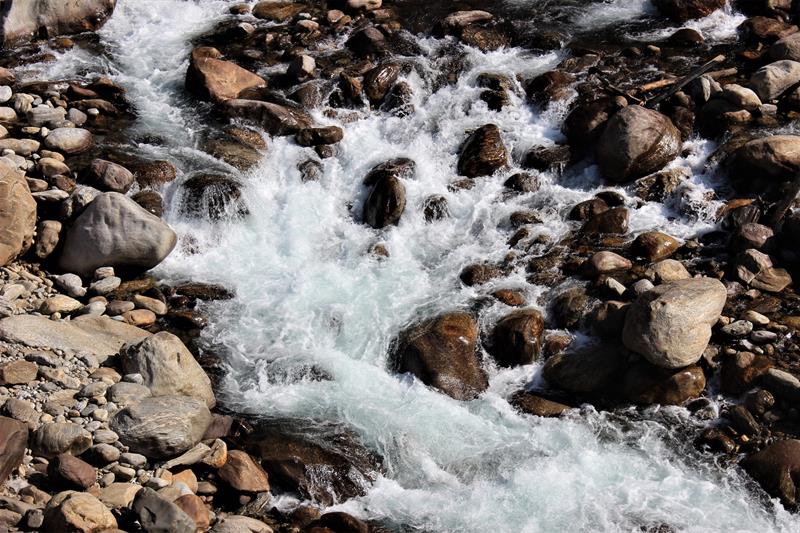 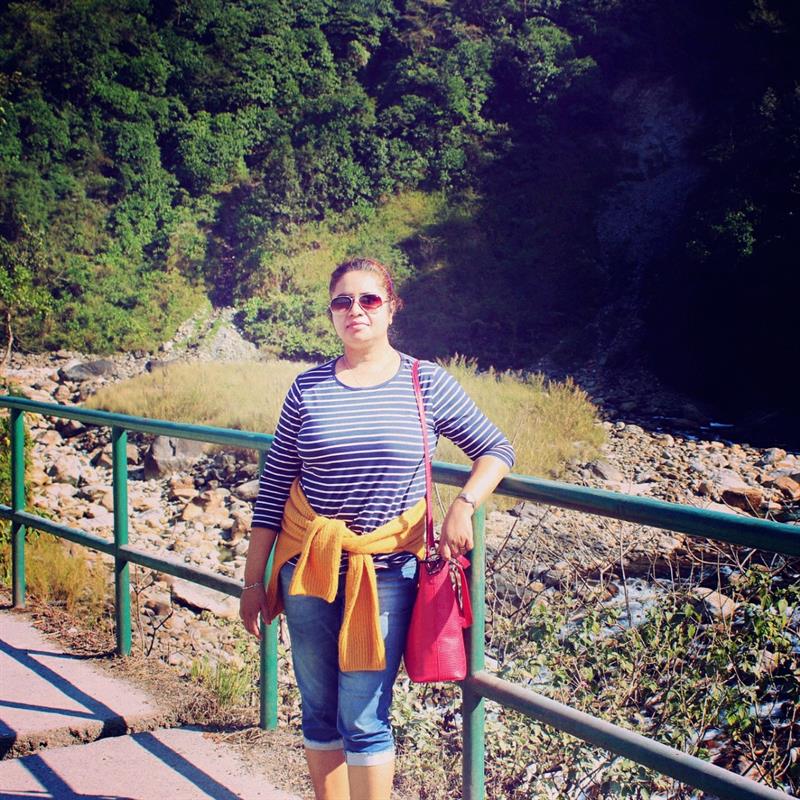 A few kilometers uphill lies the much sought after Jhalong view point. Jhalong is a village surrounded by thick forest. From the viewpoint one can see the beautiful hills of Bhutan on the other side. The naturescape is amazing and would definitely mesmerise its beholder. The Jaldhaka river that separates India from Bhutan can be seen from a distance at this point. The hydro-electric project on this river is a major attraction here. 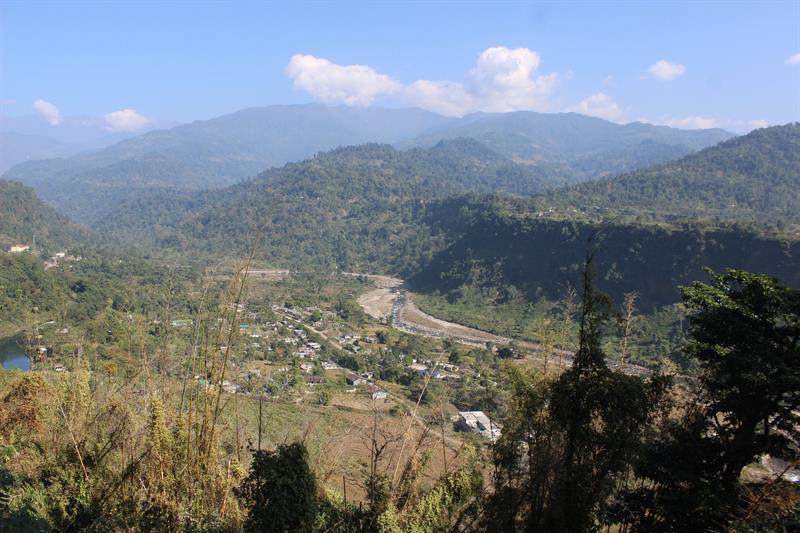 While travelling downhill our car hurtled along the road amid the vast vistas of Samsing. It's beautiful landscape with long stretches of green tea gardens, hills and forests makes it a popular tourist destination. 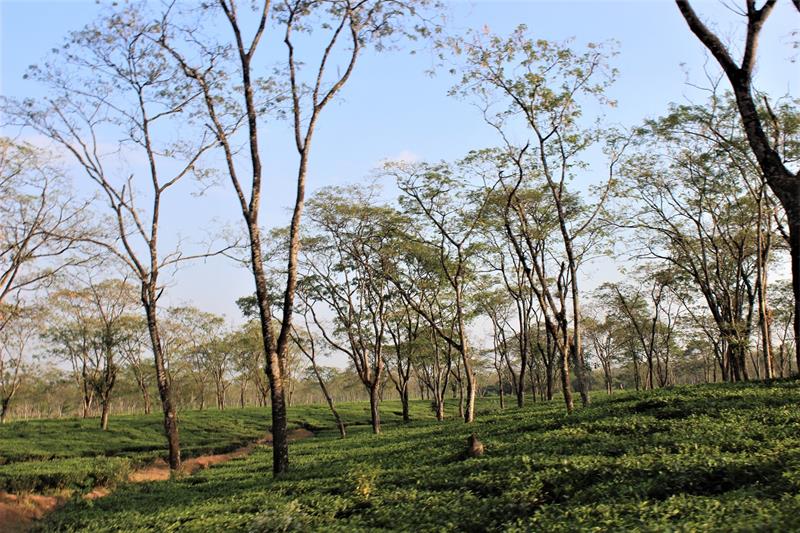 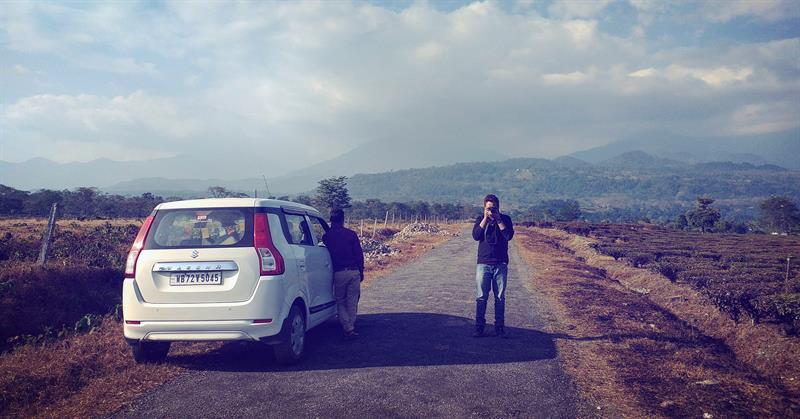 Finally, our long-drawn vacation came to an end. The next day proceeded to the Bagdogra airport. Coming back to Dooars is always on my agenda. Till then, ciao Dooars, until we meet again. 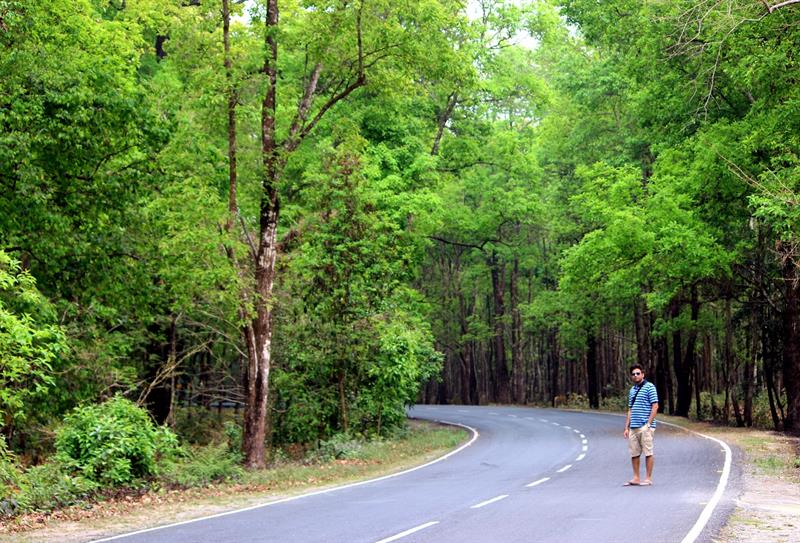