The most sought-after destination for sea lovers in Bengal is indubitably the coastal town of Digha. Although few other extravagant beaches have sprung up over the years, along the coastline, Digha remains to be a favorite haunt for many, as one feels a gust of nostalgia while wading through the shallow waters of the bay. The place was discovered by Warren Hastings and the British in the late eighteenth century; in one of his letters to his wife the former had mentioned it as the Brighton of the East. Initially a fishing village by the name of Baricool, Digha has come a long way. 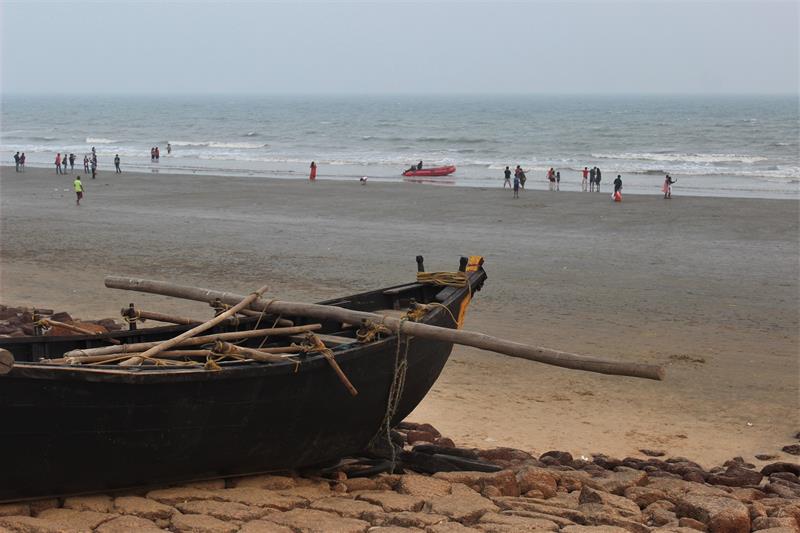 Digha is approximately 187 kilometers from Kolkata and is located in the Purba Medinipur district. This resort town lies in the northern end of the Bay of Bengal. All modes of transport are easily available to reach the place; trains from the Howrah station and buses from Esplanade are always a good option. It takes approximately three and a half hours by train, however, a lot of tourists love to drive to Digha as well.

Booking an uber, as early as five in the morning, we headed to Howrah; it was the time of Holi, so the station was choc-a-block. The train timing being favourable, we reached the hotel just before check in. Dumping the luggage ordered some breakfast as we were terribly hungry. The hotel that we had booked is in New Digha, almost 3 kilometres away from Old Digha. 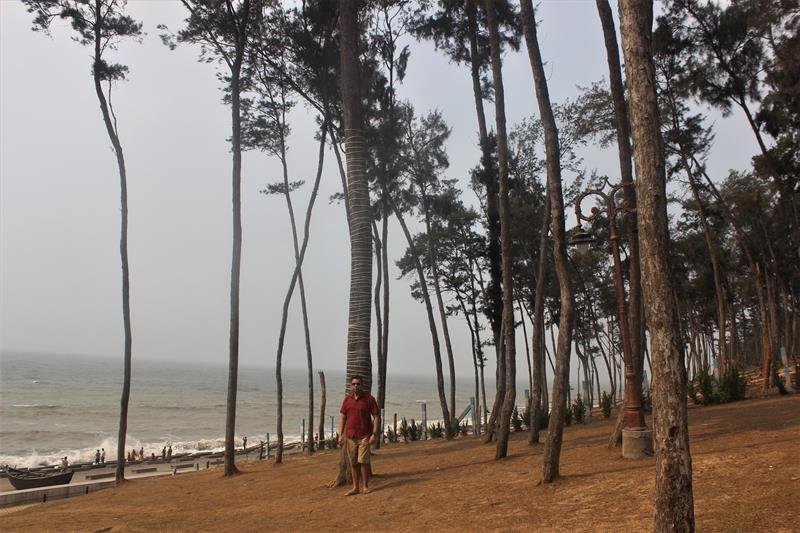 Holi celebration was on in full swing as I could see, from my balcony, people splashing colours on each other's faces. Waiting for the sunlight to wane a little, we decided to stay indoors. At around 4, ventured out to the sea. 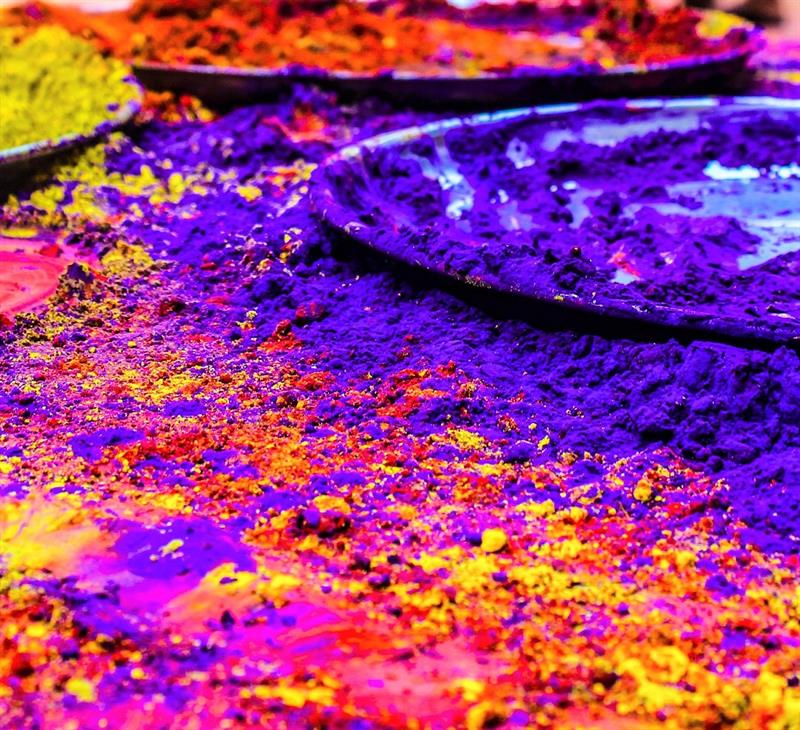 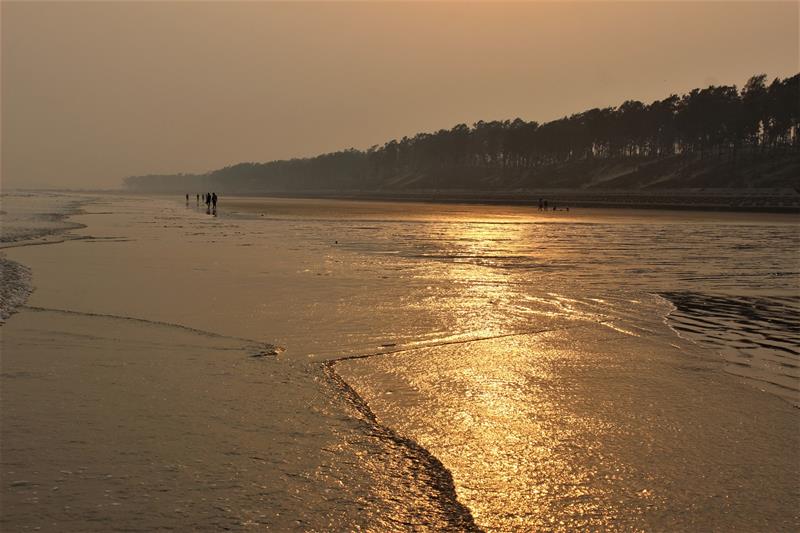 The first glimpse of the sea and the first touch of the somnolent waves crashing on my feet was such a delightful experience; no wonder why I keep coming back to this place over and over again. That evening, strolled up and down the beach. Some places were crowded, people were lunging past. However, we settled down, feasting on ice creams and some delectable snacks sold by the local vendors. 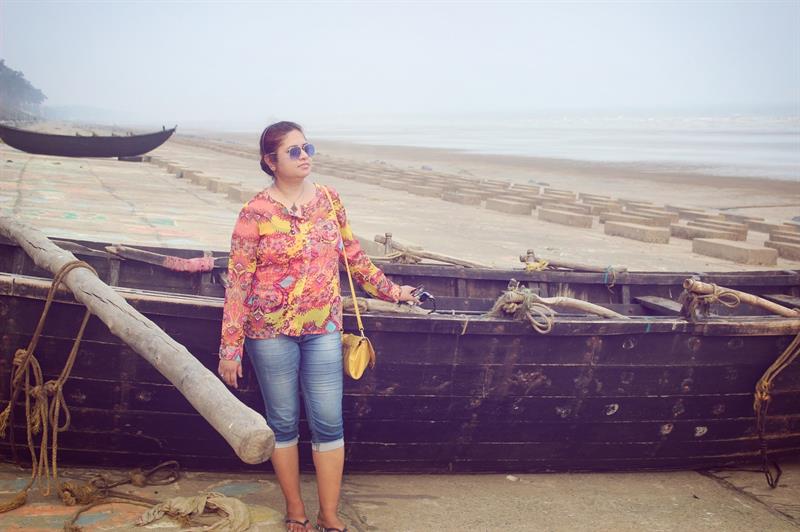 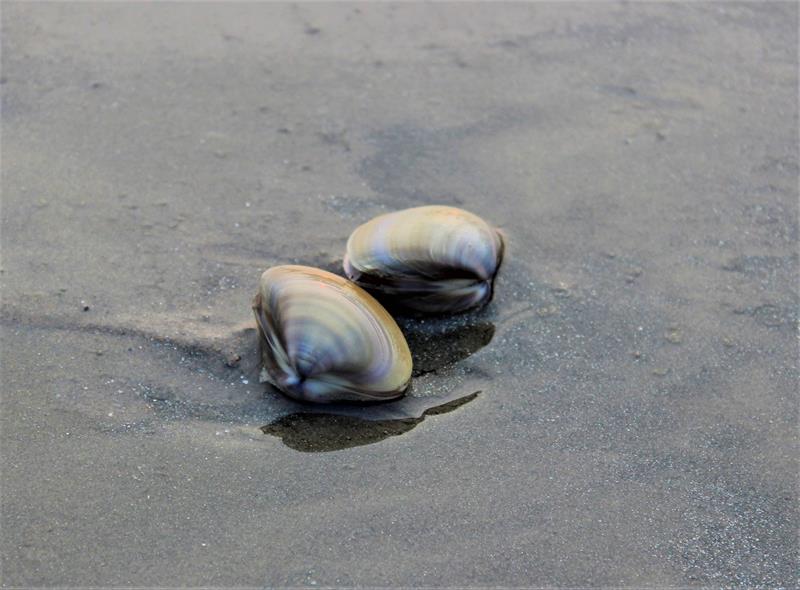 At night there was a full moon out. The fresh wind was hitting the face; the gust was so much so that our eyes narrowed against the wind. There are ample provisions for shopping bugs to explore the market area put up in a corner. Be it day or night, one can indulge in a shopping spree anytime. The items on display are generally available at a throw away price. However, I would suggest not to haggle with these small stall owners, for it must have been difficult for them to make both ends meet post the cyclone; on top of that the ongoing pandemic is wreaking havoc on them. Gradually it was quite late at night; I hasted back to my feet only to find a plethora of seafood delicacies awaiting me for dinner. 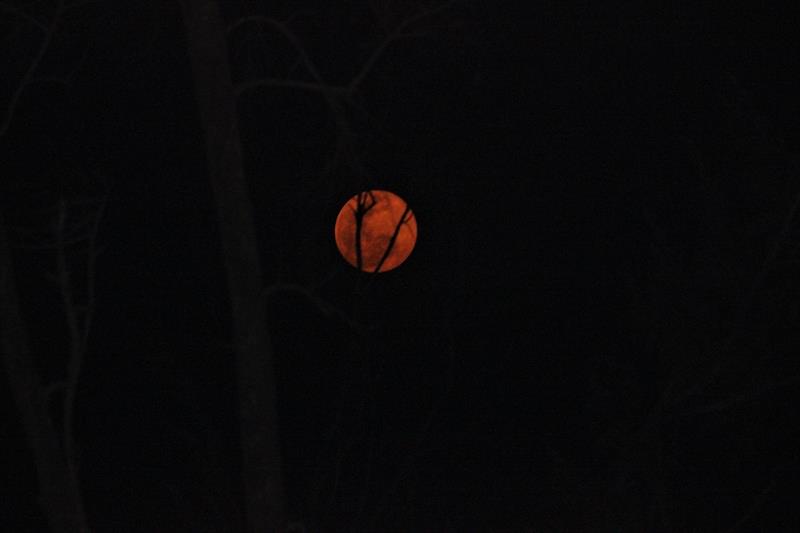 The next day woke up at the crack of dawn. Sunrise is very popular in Digha and we wanted to make the most of it. Arriving at the beach I could see people enjoying water sports — starting from parasailing to jet skiing and banana boating, you name it, and it's there to entertain you and make your vacation a memorable one. As far as water activities are concerned, I am not much into it. Saw some people having breakfast at the shacks; we also walked up to a spry old man selling tea, bread and butter. However, my eyes were fixed on the green coconuts piled up all over the place. 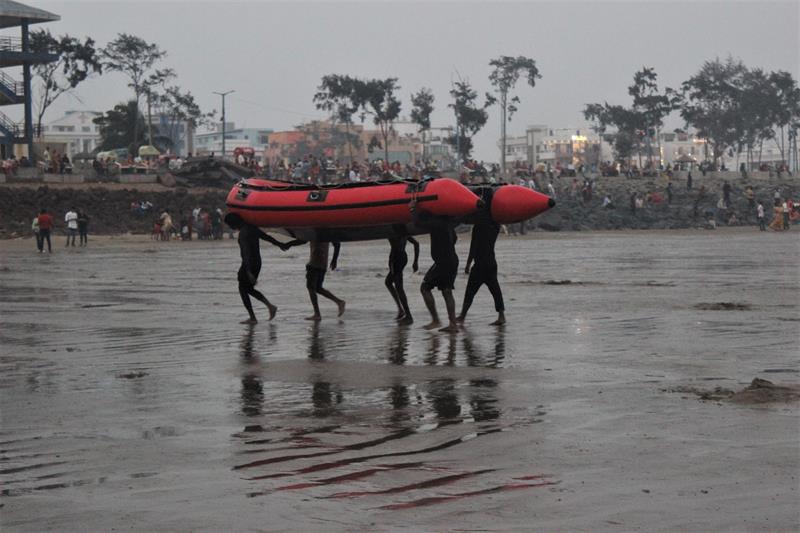 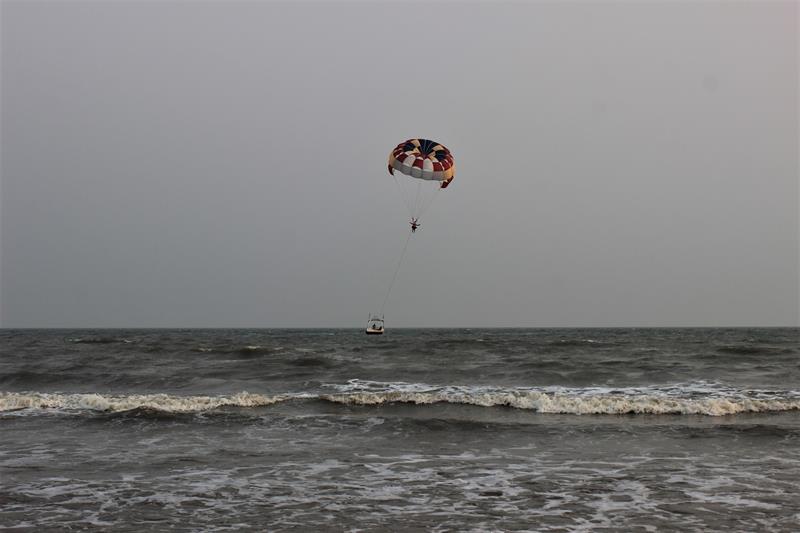 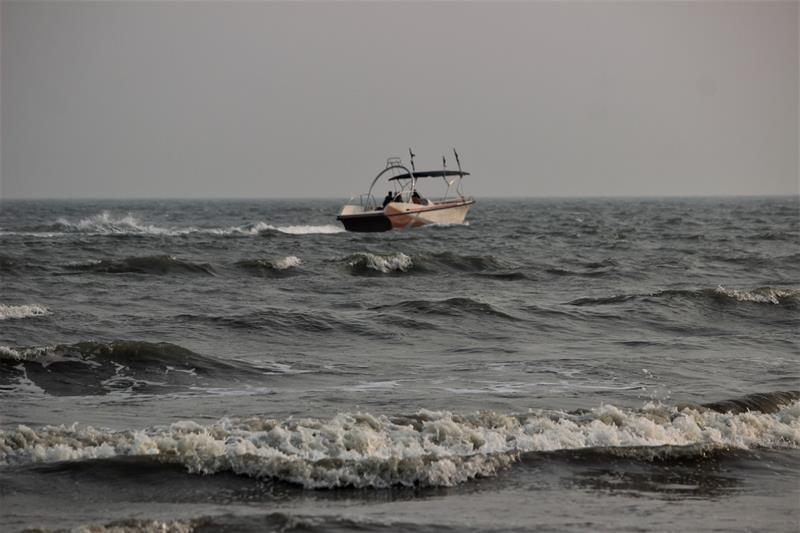 Later on in the day, visited the Amarabati park, it is a great place for bird watching. The well-maintained park is very strategically located; just a kilometer away from New Digha. There are ropeway rides and boating facilities available, I preferred to walk though. The beautiful lawns covered with vernal flowers and butterflies flitting in and out of them was such a wonderful spectacle to watch on. 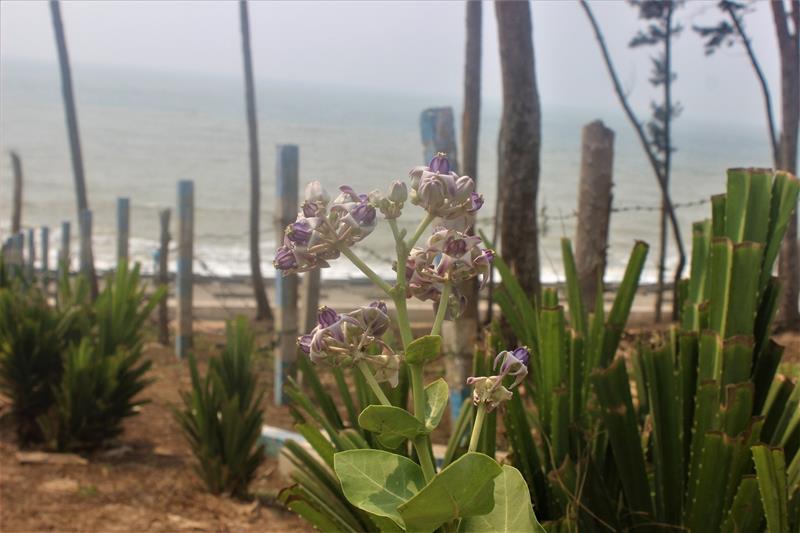 Walking along the beach, we arrived next at 'Dheu Sagar' — it is a newly built park where one can spend some quality time relaxing in the lap of nature. The tide was up, the strong wind made the Casurina trees sway to and fro. It was a lovely experience to sit underneath and click pictures uninterruptedly. 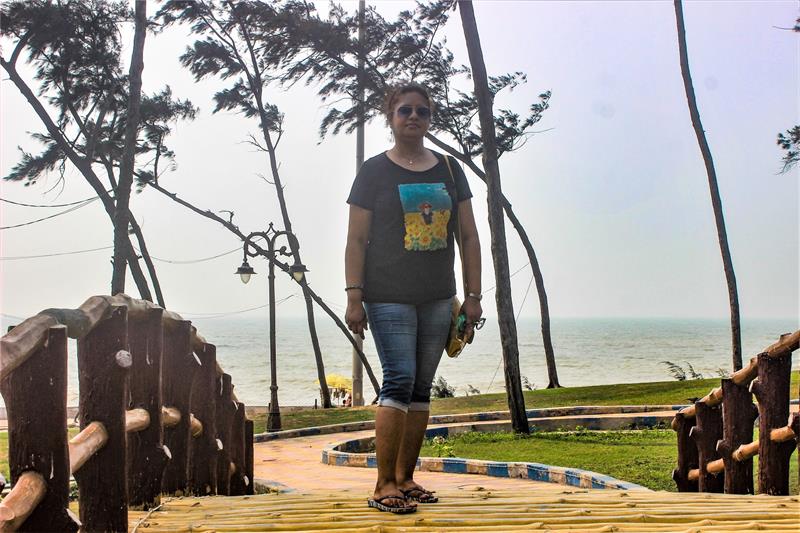 In the evening took a toto ride to the Oceania beach; it lies very close to the Odisha border. The beach is clean and secluded. Watching seagulls flapping hard against the mighty wind, my attention was diverted to a few locals toting around shells and pearls freshly acquired from the sea; in order to help, we bought few stuff from them. 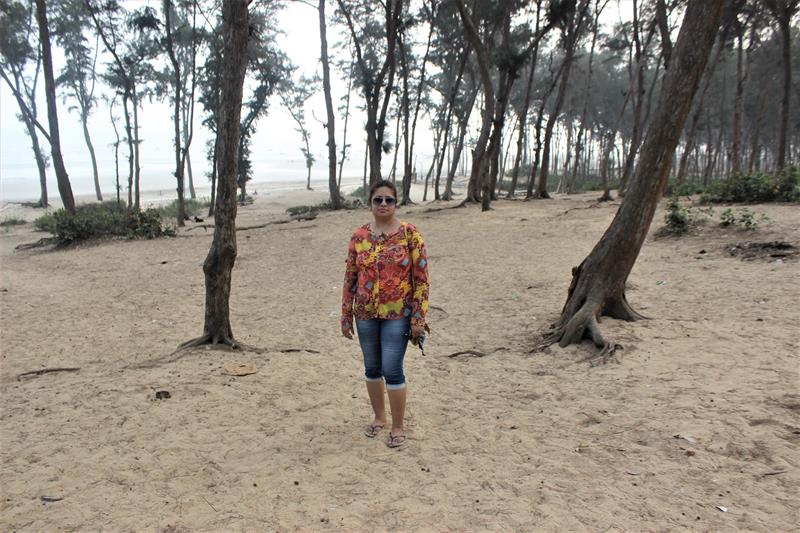 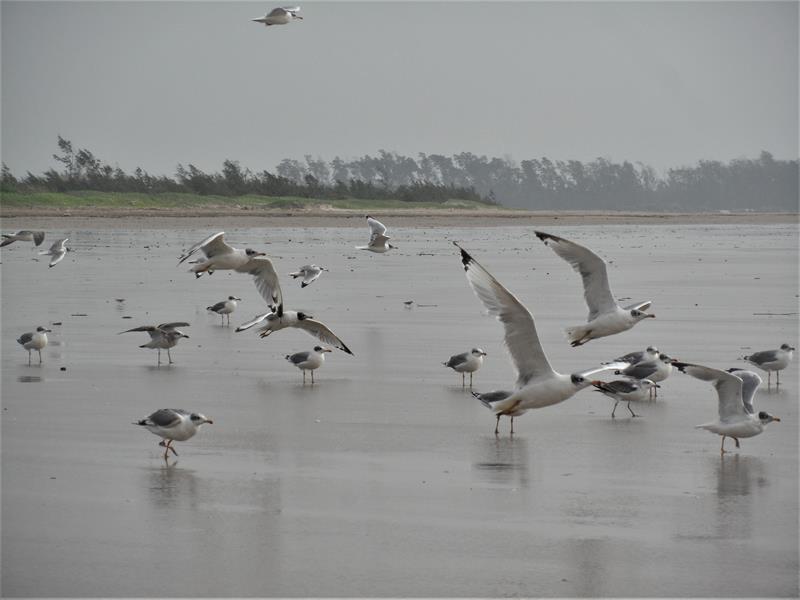 The Udaipur beach which lies ahead of Oceania beach can be seen from a distance. This beach is jointly maintained by the West Bengal and Odisha government. People usually come to enjoy sea food and dip their feet in the water while relishing the treat to its last morsel. 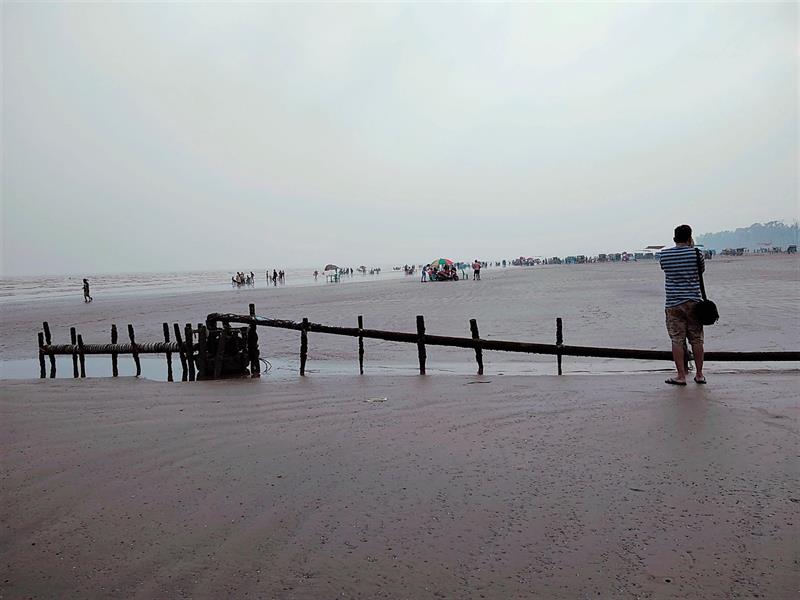 Being the Holi weekend, some revellers were marring the peace with loud music and dance. So I thought of returning back to Digha , instead of taking a tuk tuk, we walked along the beach. The tide was getting stronger and the beautiful weather made it propitious to wade through the crashing waves. 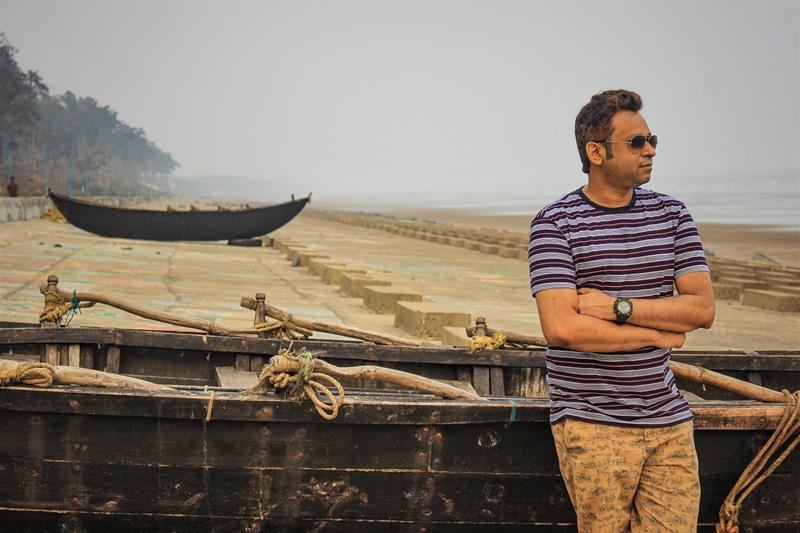 It took half an hour to reach Digha. The evening rays of the sun came slanting through the tall Casurinas. The New Digha beach was as usual teeming with people. I also spotted some people celebrating 'Dol Jatra' on the beach. That night again we sat gazing at the incandescent moon lighting up the sea with its silvery frame. 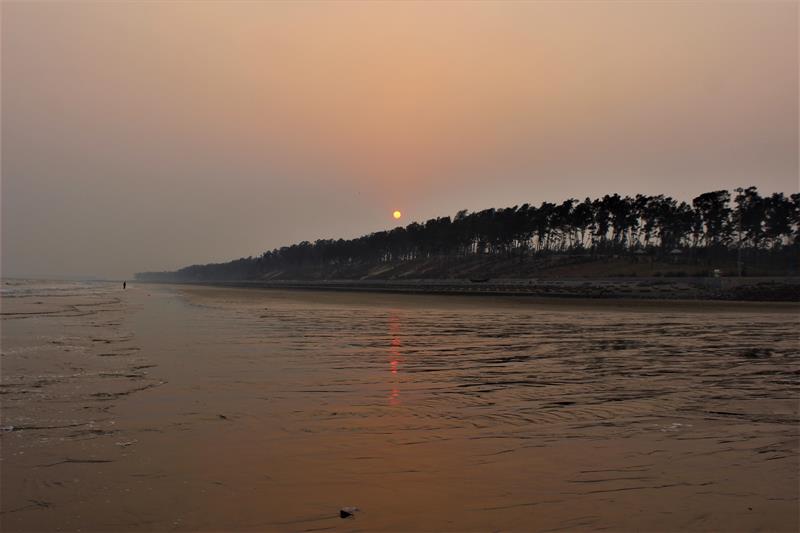 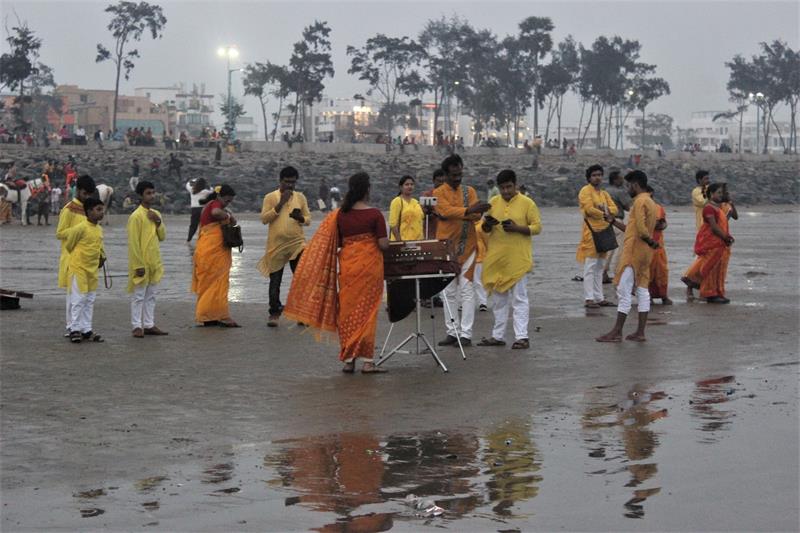 The next day had an early check out. Dragging the bags along behind me I rambled on dejectedly around the Digha station. Boarded the train but was not sure if returning to Digha would be feasible anytime soon, amid the virus. The Tamralipta Express chugged out of the platform — like a flash in the pan our short vacation was over in an instant.