If you want to enjoy the springs and marble rocks in Madhya Pradesh, then going to Bhedaghat near Jabalpur is a good option. Bhedaghat is a city and Nagar panchayat in the Jabalpur district of Madhya Pradesh. About 20 km from the city of Jabalpur, Bhedaghat is situated on the banks of the Narmada River. Bhedaghat is known for its serene beauty and magnificent waterfalls, as well as the Dhuandhar waterfall and the high rocks, which are also famous among tourists.

The history of Bhedaghat is believed to be 180–250 million years old. There are also many stories about the name of Bhedaghat. According to history, the ashram of Bhrigu Rishi was at this place in ancient times and this is the place where the Narmada confluence with the sacred Bawanganga. There are scenic spots called Bandar Kudani. It is said that there was a time when these hills were so close that monkeys used to jump from one side to the other side, but later the erosion of water caused a lot of difference between these two hills. 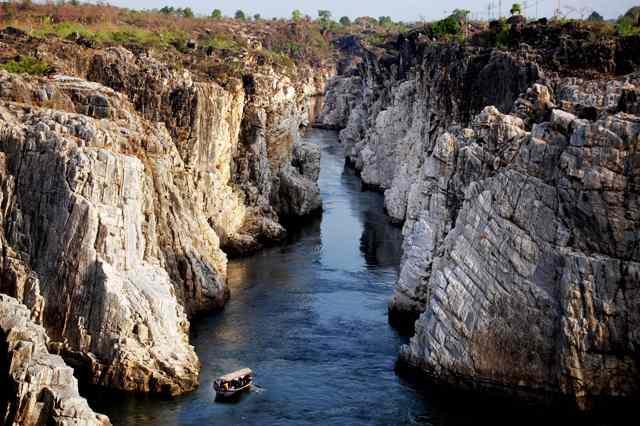 Surrounded by high rocks on both sides of the river Narmada, it is a famous scenic spot. Here the Narmada River rapidly paves its way through the rocks of the marble and falls as a waterfall 100 feet down from the mountain. Due to water falling from such a height, smoke is seen all around and the spray becomes dense and takes the form of smoke. For this reason, this place is called Dhundhar Falls. During this time the flow of water is so fast that even roaring is heard from far away. It is just 1.5 km from the Ghat area. Another good place to see in the city is the Chausath Yogini temple built in the 10th century. Which is one of the 4 special temples of 64 Yogini temples. In this, you can also see the statue of a yogini in Lalitasan. 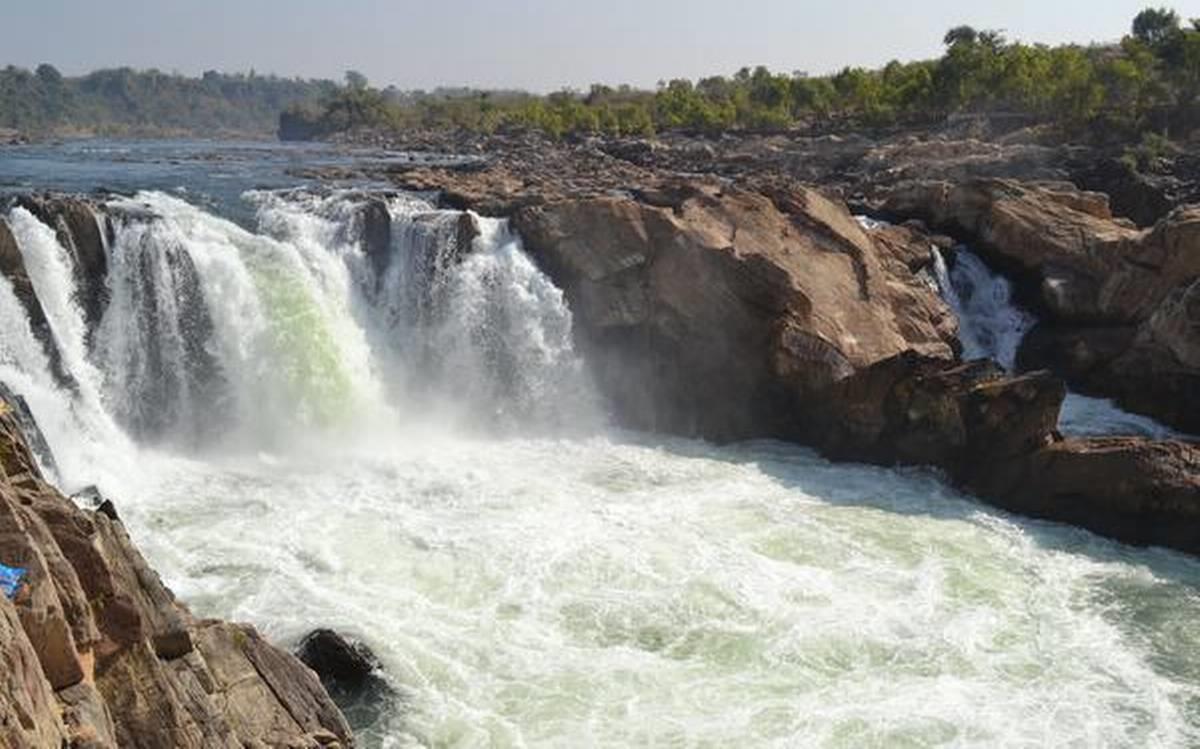 To admire this beautiful creation of nature, an auspicious event is organized every year in Bhedaghat in the form of the Narmada Festival. This grand event includes a spectacular rendition of dance, drama, and music by Bollywood celebrities. The program is held on 'Sharad Purnima' i.e. October. The presence of famous singers and performers on the occasion draws huge crowds of spectators and people enjoy boating in milky white water on this full moon night.

The folk song of the Bollywood film Ashoka is filmed amidst the marble cliffs of the Narmada River. In 2016, scenes of the Hindi film Mohenjo Daro fighting crocodiles were filmed in Bhedaghat. In the year 1961, the biggest hit song was screened by Rajkopar and Padmini. Bhedaghat is known as the Nagar Panchayat of the district. The marble rocks of this place have been considered as one of the thousand places that must be visited once in their life.

Bhedaghat is one of the beautiful places of Madhya Pradesh. Jabalpur Airport and Railway Station is an easy way to reach Bhedaghat. The distance from where the city is 33 km. Jabalpur is the main city of Madhya Pradesh, so the roads here are also better. Buses, cabs, and autos are always available.

The author had beautifully described Bhedaghat in her article. Bhedaghat is one of my favourite place in Jabalpur. Visited here a couple of times in summers as well as winters. Apart from witnessing milky waterfall, I had also experienced boat ride alongside marble rocks in Bhedaghat. That was a memorable experience. Many film shootings had also taken place here like Ashoka, Mohen-jo-daro, etc.