Mangala Devi Kannagi Temple, also known as Mangala Devi Temple, is a historical place located on the Tamil Nadu-Kerala border at Thekkady in the Idukki district of Kerala. The temple is dedicated to Kannagi, who was a legendary woman believed to be synonymous with strength and conviction. She is considered a goddess in many parts of south India. She is also considered as an incarnation of goddess Bhadrakali in Kerala. Kodungallur Bhagavathy temple and Attukal Devi temple in Kerala are also based on the legend of Kannagi.

The temple is said to have been built more than 2000 years ago. The temple stands amidst the thick Periyar Tiger Reserve and is one of the unique temples in South India. It is situated 4,386 ft above sea level. People visit the temple not only to seek blessings from the deity but also to experience the wilderness of the surroundings. 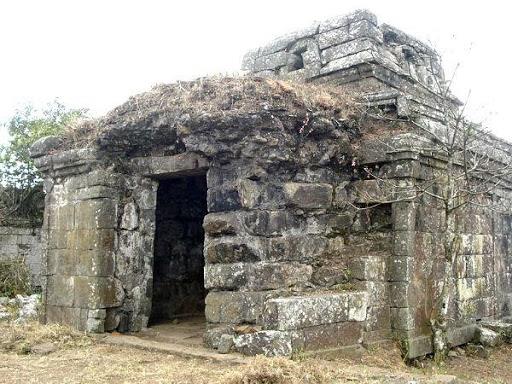 Legend Behind The Temple

Every temple has a story to unfold. It is said that Kannagi burnt the whole city of Madurai out of rage when her husband (a merchant)was falsely accused of theft and killed by king Nedunchezhiyan. Then, is believed that Kannagi walked for 14 days reached Kumily in Kerala where now the temple is located and to heaven from there on Pushpaka Vimana, along with Kovalan, her husband. King Chera Chenguttavan, who was inspired by this story, built a temple for undying love and determination. As per the story, Chenguttavan brought stones from the Himalayas to build the temple. The story of Kannagi, later, was narrated to a Tamil poet Illango Adigar by the King. The poet later wrote as a book 'Silapathikaram'(the tale of an Anklet) based on the story of Kannaki and Kovalan. 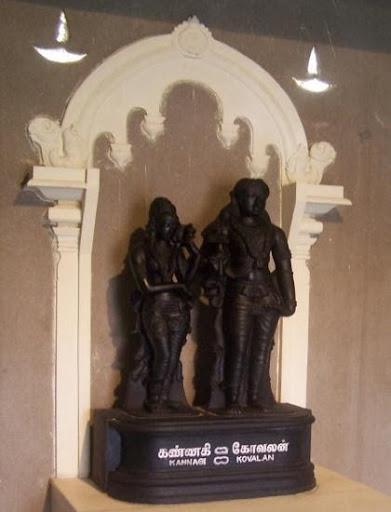 The temple is built in Pandyan architectural style. The walls of the temple and the steps that lead to the sanctum sanctorum are made of stones. The other idols that are worshipped here apart from Kannaki include Karuppuswamy, Lord Shiva Ganesha.

Mangala Devi Temple is not open throughout the year. It is open to the devotees during the Chitrapournami festival which takes place in April-May. One day in a year. The festival is organised by the Governments of Kerala and Tamil Nadu. The Goddess is adorned with garlands and jewellery during the festival, and priests come from both states to perform rituals at the temple. Travelling to this place is very adventurous and it's off-road. The distance from Kumily is 12 km (30 min). Booking was also available to visit the temple at that time. The trip to this place will be a new experience that we can see two districts from the temple. And the good experience of travelling inside the tiger reserves forest in a Jeep. The experience inside a tiger reserves forest will be wonderful experiences. I will recommend travelling to this place if you get the chance. 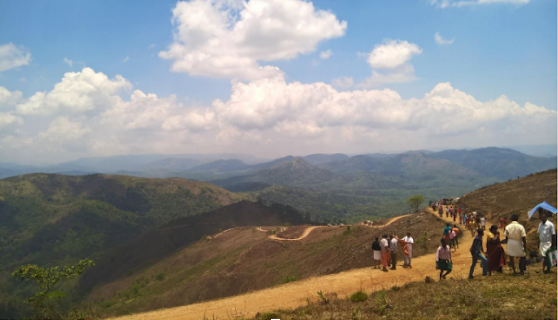