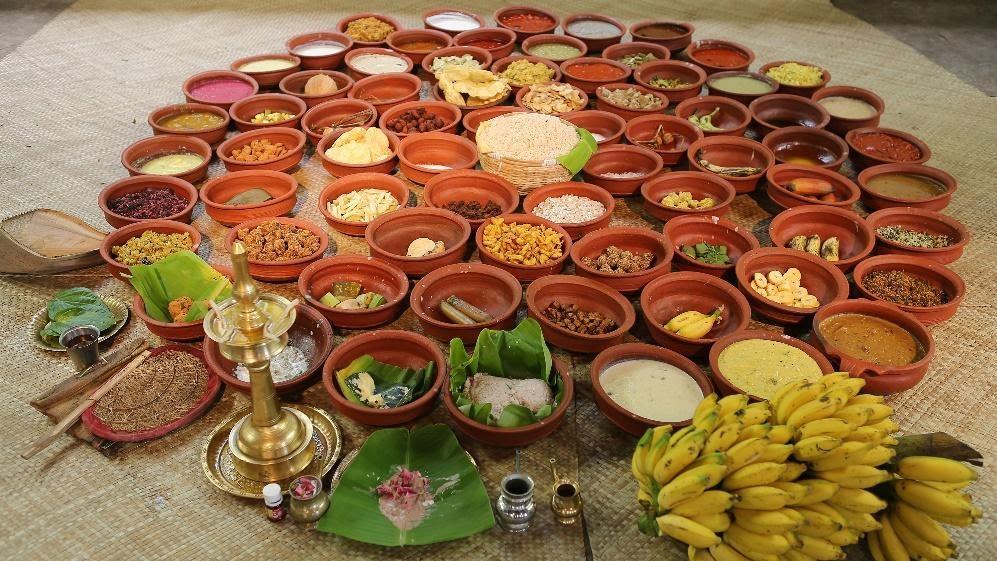 Valla Sadya is a unique mass feast (Sadya) offered at the famous Parthasarathy Temple of Aranmula, Kerala, India. During the festival of Onam, a snake boat (Pally odam) race (Vallam kali) is conducted in the sacred Pampa River, and thereafter a grand feast (Valla sadya) at the temple. The Valla Sadya is conducted on Ashtamirohoni, the birthday of Lord Krishna, the deity of the temple. During the Sadya, it is believed that Lord Krishna would come to partake of the Sadya offered by his devotees. The legend says that in a Valla Sadya all dishes asked for by the oarsmen of the pally odams must be provided immediately in order to appease the Lord. They demand the dishes through vanchipattu (Boat song), a traditional chanting of bhajans praising Lord Krishna.

Valla Sadya is a sumptuous feast with about 65 - 70 traditional dishes served on a plantain leaf. The history of this feast starts with the story of Mangattu Bhattathiri. During Thiru Onam the Bhattathiri used to treat a Brahmin - wash his feet and give him a satisfying 'sadya' (extensive meal), considering him to be the God, before Bhattathiri's own lunch.

The Valla sadya is a unique mass feast with strong devotional moorings, given to the crew of Pally odams which the devotees consider a divine vessel of Lord Krishna, the presiding deity of Aranmula Sree Partha Sarathy Temple. Oarsmen from about 25 Palliodams reach the temple through the river Pamba in their respective boats and chanting vanchippattu to take part in the Valla sadya.

On Lord Krishna's birthday, Ashtami Rohini, the Valla sadya is conducted for all the devotees of Lord Parthasarathy reaching the holy shrine. Around one lakh people attend this event every year. Most of the palliodams attend this feast. The Valla sadya can be dedicated to any of the boats. On the Valla sadya day, the oarsmen will come to the Temple in the boat through the river. They will offer Nirapara to the presiding deity at the Nadappanthal in front of the gold-plated temple mast and go around the temple chanting Krishna bhajans (Vanchipattu). The entire atmosphere is charged with the rhythmic Vanchipattu, songs in praise of Lord Parthasarathy. The Vallasadya begins immediately after the Uccha pooja (noon worship) at the temple. The oarsmen are given a rousing reception by the devotees. They circumambulate the temple, chanting the `vanchipattu', verses in praise of Lord Krishna, before partaking of the Vallasadya. 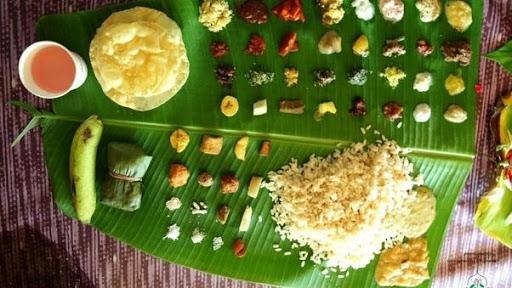 There are so many stories in the air of Kerala about this feast at Aranmula. History and myth are blended together in a such a way that it is impossible to separate one from the other. Whichever story or version of the story one chooses to believe, it is a fact that the fame of Aranmula, its Onam celebration along with the metal mirror work (Aranmula Kannadi) which gained a Geographical Indication tag, is increasing day by day. Similarly, the number of devotees who reach the temple with offerings is increasing each season which continued until the floods and Covid 19 hit Kerala. It has been three years since the Onam celebration of Aranmula conducted in the traditional, festive way. In 2018 the celebrations were avoided due to the massive flood in Kerala but the next year the climate was favourable and the vallasadya took place in its glory. It all felt apart when the covid hit Kerala and the vallasadya in 2020 also got suspended. Since the lockdown continues and the uncertainty of covid remains in the air, we are not quite sure about the commencement of the famed Vallam Kali and Vallasadya of Aranmula. The Sadya usually happens in the month of September during Onam and let us hope that everything goes well. Vallasadya plays an important role in enriching and expanding the culture of Kerala and especially of Aranmula. The Covid is having a heavy toll on our culture by rewriting it and if this situation persists, it is certain that the Vallasadya will be history soon.

Though the Onam celebrations, Vallam kali, Vallasadya and The Kannadi of Aranmula are world- renowned, many of the devotees and native residents believe that the true meaning of the culture and Vallasadya has been lost. They believe that the real devotion, unique customs and traditions have given way to commercialisation.